Many of our supporters have expressed concern about the Liberal Party’s ‘plan’ to develop (sic) Northern Australia with rampant mining and agriculture for export (especially to
China).  Supposed ‘patriot’, Bob Katter, endorsed the idea and said it was similar to
his own plan.

A line drawn along the Tropic of Capricorn would mark the special trade and business
‘zone’ that would be established.

The idea of having two tax systems, spear-heading Australia’s massive migrant intake
to the North, sending ‘refugees’ there as a condition of coming to Australia as
‘settler’ workers and importing masses of contract labour – would mean very quickly
that Northern Australia would be an almost-country of its own. The North has less
than 2 million of our present citizens. Within 15 years, they would be a minority.

It is a new Brisbane Line. 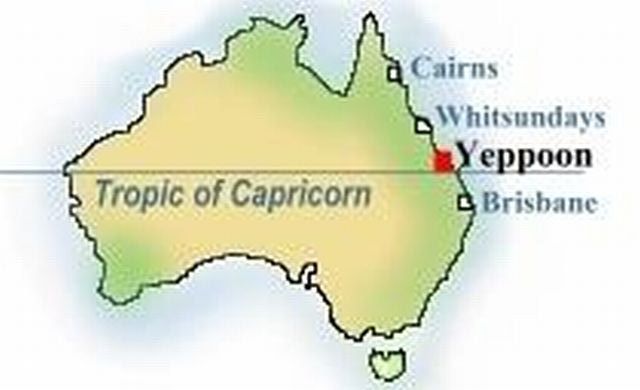 In 1942, it was leaked that there was a proposal for a Brisbane Line – that the
Australian Regular Army would somehow retreat before the Japanese march towards Brisbane before our army offered real resistance.

The existence of such a plan was at the time officially denied and still is, officially.

In truth, the Brisbane Line may have been more sinister.

Some historians say that it was a plan to cede to occupation Northern Australia on a line north of Brisbane to Darwin. The Japanese would rule there until the war was over and a peace treaty with the Allied Powers came about. A collaboration government would rule ffrom the South under the likely leadership of Sir Percy Spender and Sir Arthur Braddon.

The truth of the Brisbane Line was never exposed by weak politicians of the day.  But it should be.

The latest rubbish from the Liberal Party brings it to light again.  Now we see ‘our own’ (yet again) planning a new collaboration – with the “New Asian Century”, year of the snake and all.

Fat inheritor Gina Rinehart had the same idea too with the mining oligarchs calling the shots – $2 a day workers.

Imagine it?  – a veritable slave labour state ruled by company police and intelligence
agencies, cowed to ‘produce’ for export, but so ‘foreign’ in its nature, it could
ultimately be removed from Australian control and merged into the ‘Asian Economy’.

This is the nightmare world we are entering.

It is past time for an Australia First mass political movement to win back Australian independence. 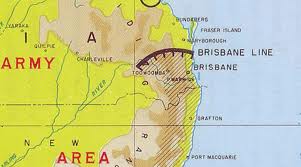 The Brisbane Line
Australians herded below, the Asian Century above