Skip to content
This is a slightly edited version of the speech given by the President of Australia First Party, Dr Jim Saleam, to the national rally against the Associations’ Laws in Canberra on January 26, 2014. 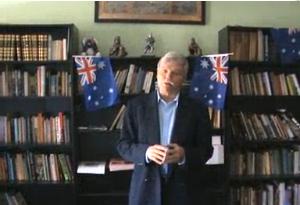 This gathering brings together all sorts of people and groups in a united front. As the national president of the Australia First Party, I would add its voice to the list of all those who are opposing the most anti democratic raft of legislation proposed in Australia for decades. Like everyone here, we say that the new criminal association laws have nothing really to do with so called outlaw motorcycle gangs.

Yes you are right.  The Liberal Party’s proposed new criminal association laws have absolutely nothing to do with outlaw motorcycle gangs.

Think! These laws do not mention in their sections “motorcycle gangs”. Just criminal associations. Under special circumstances, they could be used to ban the Scouts, the Country Women’s Association, a church or union – or a political party.  These laws are an arrogant attack by the elites upon ordinary Australians who have previously voted and trusted them.

Should you support these Association Laws, then rest assured, similar Australian rights and freedoms that we have all taken for granted since the two world wars are at risk here.

No Australian, from Gallipoli, to Kokoda to Da Nang, has ever put his life on the line for such deception.

Our forefathers didn’t fight so a new type of paramilitary security army could be formed here by the likes of career Liberal Party politician Campbell Newman and Barry O’Farrell to violate the homes of ordinary Australians and their hard fought freedoms.

Australia has a long history of confronting these power elite ‘association’ laws.

In 1834 our land received small number of convicts from England, men whose crime was to found an agricultural trade union to get fairer pay. They were called the ‘Tolpuddle Martyrs‘.  The unjust English laws that took away their freedom were called the Combination Act of 1825, which also forbade any form of unionism.

I suppose the idea was that an association that could challenge privilege or win a reward to its members was to be regarded as subversive.

In 1891, the great Shearers Strike in Queensland broke out. Ultimately, the strike led to many social gains for all Australians. But at the time, the strike was broken. Various laws were used to destroy free association of working men. Prison was the pay out for those who asserted the democratic right to combination and association.

In 1928, the Federal Parliament passed certain amendments to the Commonwealth Crimes Act; they were made supposedly to deal with the Communist Party, but can be used on anyone.

Yes, this party was linked to Joe Stalin and took his orders, but these laws hung over all dissenters for decades. They stayed on the books until just recently, but they are the model for the current laws.

The Attorney General could ban an association by application to the Supreme Court of a State. No three people could assemble in the same place similarly dressed. Hearsay evidence of a thought or an opinion could be used to say an association was subversive. Evidence of bad character was enough to convict someone of a real crime. Secret evidence could be given. Obviously all this is the foundation of the present anti democratic laws.

And don’t forget that at various times in Australian criminal history people convicted of offences (and we all know how easy that can be) could not associate with one and other. These laws were called the consorting laws. After a century long fight, they were repealed. 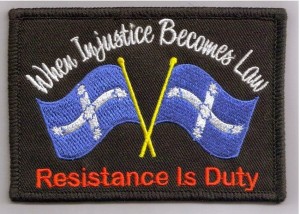 It is only because of media-political propaganda that many of the people have empathy with the governments which will serve to maintain their apathy; this is a common disease of the common man in Australia, where governments serve to make them comfortable in order to keep them subdued.

We Australians have a long history of anti freedom politics from the rich and powerful – and as before, we have to fight to set things aright.  As we fight in the open, we show people what these laws are really about.

Contemporary Australia is not the true Australia that one man who worked in the institution behind us, who died from overwork in the old Parliament building.  I speak of Prime Minister John Curtin who saved our country in the Great Patriotic War.

In his name: I say no to the Liberal Party’s Association Laws!