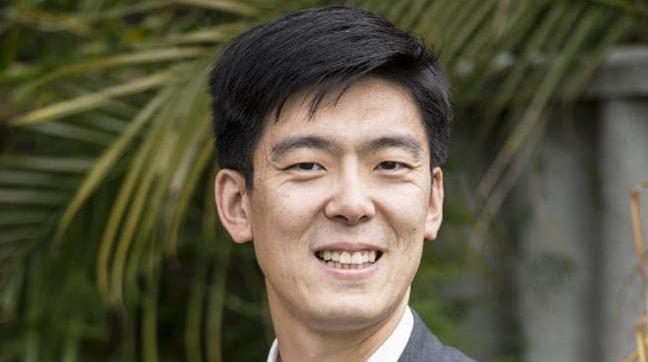 China is hell-bent on colonising Australia at every opportunity.

Leftist links between Labor and the foreign communist Chinese state have become so corruptly and culturally entrenched that Plibersek Labor may as well surrender all party matters to their Beijing landlord minders.

Take for instance China’s military mole downunder in Western Australia, Labor MLC Pierre Young (not his real name), their upper-house whip, is just more proof of this.  Evidence has emerged of his involvement with a Chinese spy vessel that masqueraded as being on a mission to waste more time (49 days) pretending to search for missing Malaysia Airlines flight MH370.  Of course Toung is a fluent Mandarin speaker. His birth Chinese name is Yang. 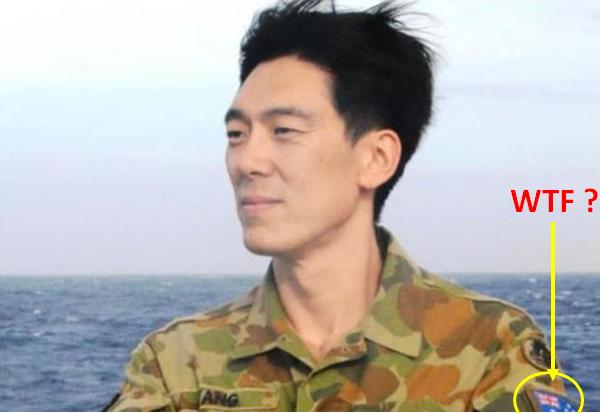 Yang Shuai (his real Chinese name) imaginatively wangled a Anglicised surname ‘Young’ out of his real Chinese family name ‘Yang’. He more inventively Frenchied himself a ‘Pierre’ away from his Chinese mother’s proud naming of him as an infant ‘Shuai‘ (in Mandarin ‘Shuai’ means handsome, but it’s a Chinese perspective).

Of course Labor’s reinvented ‘Pierre’ claims to know nothing of any spy mission.  It’s his standard Chinese denial training.   Just as predictably, WA Premier, Laboral Mark McGowan stands by his Chinese agent. Of course he does.  How many communist funded freebie trips to communist China with spy ‘Pierre’ McGowan? 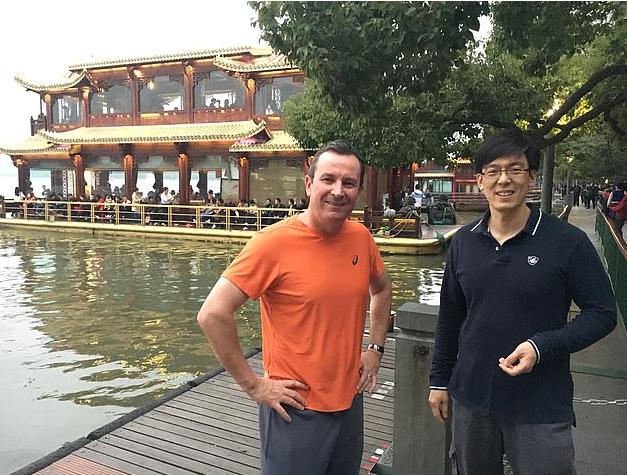 The search-and-rescue vessel Dong Hai Jiu 101 on which Yang spent three months in company with pro-China groups, claimed to be aiding in the international search for the missing aeroplane.  But up and down the WA coastline and anchored in Cockburn Sound and offshorer Swanburne?   It turns out that the Chinese ship was instead involved in suspected spy activity in the “target rich” area off the coast of WA where is situated the Australian Navy submarine base at HMAS Stirling (Cockburn Sound) along with the Special Air Service (SAS) Regiment at Campbell Barracks, in Swanbourne, Perth. 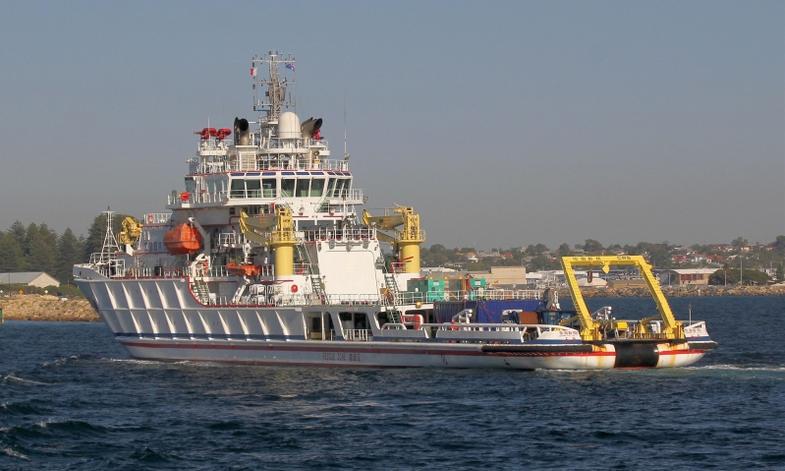 At the time, Yang was aboard the vessel “serving Australia” (cough) in the capacity as a “liaison officer” and Mandarin-speaking “linguist” for the Australian Army Reserves, in which he held the rank of Captain. Yep, you can’t beat that for a wise appointment.

But Mr Yang dodged questions put to him about whether some of his supporters within the Western Australian Chinese community were of interest to Australia’s intelligence agencies.

It later emerged in September 2016 that the Dong Hai Jiu 101 had spent most of the time in or just off Fremantle, on “weather standby” in the -southern Indian Ocean or “north of the search area”.  Security experts reported at the time that the vessel would have likely gathered intelligence on Australian military activity in “target-rich” Western Australia, which includes Australia’s Navy submarine base at HMAS Stirling and our last line of defence the Special Air Service regiment in Perth.

“From my past intelligence experience, I would be surprised if a vessel like the Dong Hai Jiu 101 did not have an intelligence-collection role…WA is of course a target-rich environment in terms of various Australian defence activities.” 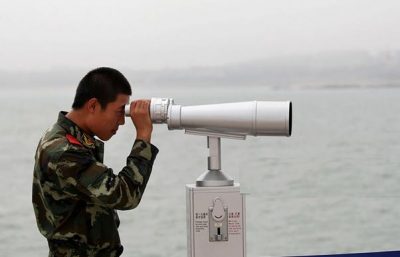 So Canberra’s overpaid sheltered and insouciant public service may as well edict that Australia’s Defence Force recruit only those fluent in Mandarin.  We wouldn’t put it past the Laboral bastards and Canberra to appoint Shanghai Sam Dastyari as Defence Munster and to relocate Australia’s last hope elite SAS force to Beijing.  The Chinese already bug ASIO’s headquarters.  They stole the blueprint drawings in 2013 before the building was built.  (Read: Chinese hackers ‘steal plans for ASIO HQ’).

This latest Chinese espionage scandal comes at a time when freshly re-elected communist Premier of Victoria Daniel Andrews signed his state up for Chinese invasion via the One Belt, One Road initiative.  But so did the drongo mayor of Darwin, Kon Vatskalis, a Greek import (not a Greek-Australian).  His wife is Chinese and a virulent activist for China.

Prior chief minister for the Northern Territory, Adam Giles, treacherously handed over the keys to the Top End to China, flogged off Darwin Port for half a billion dollars to Chinese billionaire Ye Cheng’s Shandong Landbridge Group based in Rizhao in Shandong province. 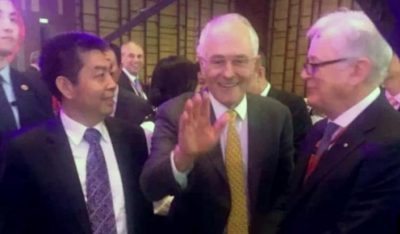 Ye is a life member of a Communist Party advisory group called a Peoples’ Political Consultative Conference [CPPCC]. Giles was a blow-in Kamilaroi Aboriginal from distant Moree.  It goes to show that not only immigrants are happy to betray Australian sovereighty to foreign imperialist enemies, but Aborigines can’t be trusted with Australian sovereignty either. 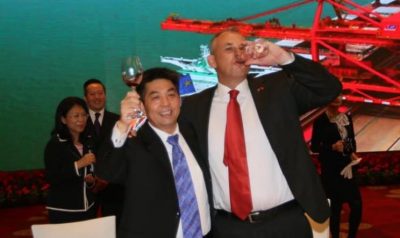 Adam Giles, the former chief minister of the Northern Territory, toasts Ye Cheng, after the 99-year treacherous lease of the Port of Darwin got signed.

Meanwhile, News Ltd media investigations and reports have exposed Yang’s membership to The Northeast China Federation Inc (NCFI) and The Association of Great China (AOGC).  The NCFI is linked to the notorious United Front Work Department which exists to intimidate and convert Chinese living overseas to work for the mainland, while AOAG overtly backs Beijing’s aggressive and illegal military annexation of the South China Sea – a position at odds with joint federal Laboral policy.   Both are absolutely 100% known to be agencies of Communist China here to subvert and convert us to a satellite status.

It’s all strategically China’s pre-war intelligence initiative.  Yang as a WA Laboral MP failed to disclose his clandestine memberships of both organisations to the Western Australian parliament.  Since the spying revelation, Pierre Young, under his deceptively French-sounding political alias, shed crocodile tears and pounded his fists with denials in the WA parliament while at the same time “resigning” from both shady organisations.

So there you have it, nationalists.  For the first time in the coming federal election, Australians will have the chance to vote for a Chinese stooge as their national leader and judging by the Victorian result Beijing are already warming up the celebratory wok. 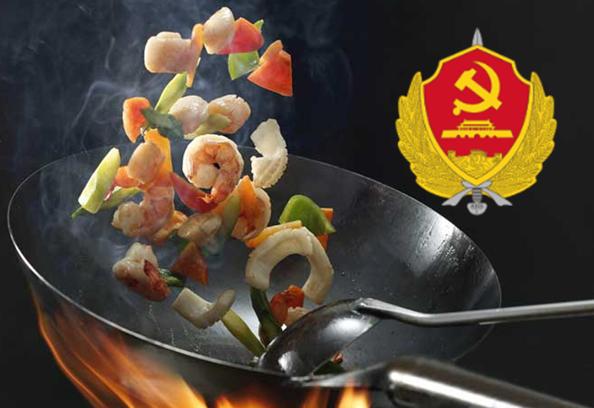