‘After the mining boom and decades of economic growth, how can Australia be broke?   At the same time Gina Rinehart was becoming the world’s richest woman … those on the minimum wage were falling further and further behind.

Australia just experienced one of the biggest mining booms in world history. But even at the peak of that boom, there was no talk of the wonderful opportunity we finally had to invest in world-class mental health or domestic violence crisis services.

Nor was there much talk from either major party about how the wealth of the mining boom gave us a once-in-a-generation opportunity to invest in remote Indigenous communities. Nope, the peak of the mining boom was not the time to help those who had missed out in decades past, but the Howard government thought it was a great time to introduce permanent tax cuts for high-income earners. These, of course, are the tax cuts that caused the budget deficits we have today.

Millions of tonnes of explosives were used during the mining boom to build more than 100 new mines, but it wasn’t just prime farmland that was blasted away in the boom, it was access to the middle class. At the same time that Gina Rinehart was becoming the world’s richest woman on the back of rising iron ore prices, those on the minimum wage were falling further and further behind their fellow Australians.

Like Joe Hockey, Rinehart saw the problem of inequality as having more to do with the character of the poor than with the rules of the game: “If you’re jealous of those with more money, don’t just sit there and complain. Do something to make more money yourself – spend less time drinking or smoking and socialising, and more time working.”

Convincing Australians that our nation is poor and that our governments “can’t afford” to provide the level of services they provided in the past has not just helped to lower our expectations of our public services and infrastructure, it has helped to lower our expectations of democracy itself. A public school in Sydney has had to ban kids from running in the playground because it was so overcrowded. Trains have become so crowded at peak hours that many people, especially the frail and the disabled, are reluctant to use them. And those who have lost their jobs now wait for hours on the phone when they reach out to Centrelink for help.

Although people with low expectations are easier to con, fomenting cynicism about democracy comes at a long-term cost. Indeed, as the current crop of politicians is beginning to discover, people with low expectations feel they have nothing to lose.
As more and more people live with the poverty and job insecurity that flow directly from neoliberal welfare and industrial relations policies, the scare campaigns run so successfully by the likes of the Business Council of Australia have lost their sting. Scary stories about the economy become like car alarms: once they attracted attention, but now they simply annoy those forced to listen. 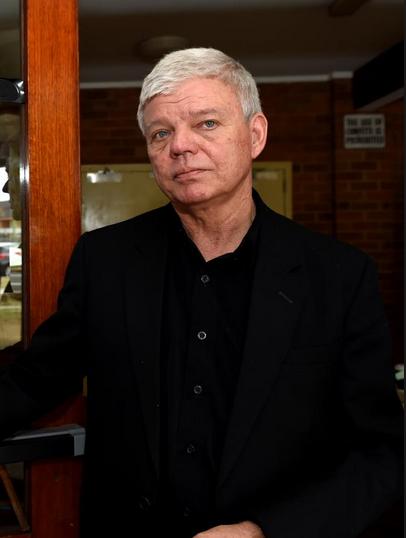 ‘If governments can’t make a difference and all politicians are corrupt, why not vote for outsiders?’

After decades of hearing conservative politicians say that government is the problem, a growing number of conservative voters no longer care which major party forms government. If governments can’t make a difference and all politicians are corrupt, why not vote for outsiders like Jacqui Lambie or Clive Palmer? There is perhaps no clearer evidence of the short-termism of the Liberal and National parties today than their willingness to fan the flames of anti-politician rhetoric without considering that it is their own voters who are most likely to heed the message.
Back when he was leading the campaign against Australia becoming a republic, Tony Abbott famously argued that you couldn’t trust politicians to choose our head of state. And more recently, in campaigning against marriage equality, Minister Matt Canavan was featured in a television advertisement laughing at the thought that we could trust politicians.

Convincing Australians that the country was broke also helped convince us that we have no choice but to sell the family silver. But of course we have a choice. Just as there is no right answer as to whether it’s better to rent a home or buy one, there is no right answer to whether it’s better for governments to own the electricity supply, the postal service or the water supply, or none of these things.
Different governments in different countries make different decisions at different points in time. While much of neoliberalism’s rhetorical power comes from the assertion that “there is no alternative,” the simple fact is that the world is full of alternatives. Indeed, even the so-called free marketeers in Australia can see alternatives. 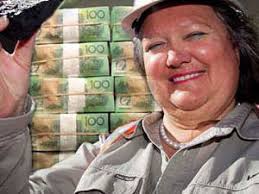 Consider stadiums, for example. The NSW Liberal government has a long track record of being pro-privatisation. It has sold off billions of dollars’ worth of electricity, water and health infrastructure. But when it comes to football stadiums, it has no ideological problem with public ownership, nor any fiscal inhibition about spending billions of taxpayers’ dollars.

In 2016 the NSW Liberal government spent $220m buying back ANZ Stadium, built in the 1990s with taxpayer funds at a cost of $690m and subsequently sold to Stadium Australia Group. Having bought back the stadium, the NSW government plans to spend hundreds of millions of dollars refurbishing it. That same money could build a lot of school science labs, domestic violence crisis centres or skate parks for the bored kids the shopping malls don’t want scratching up their marble stairs. For the past 30 years, Australians have been told that we can’t afford high-quality public services, that public ownership of assets is inefficient, and that the pursuit of free markets through deregulation would create wealth and prosperity for all. But none of this is true.

While the policy agenda of neoliberalism has never been broadly applied in Australia, for 30 years the language of neoliberalism has been applied to everything from environmental protection to care of the disabled. The result of the partial application of policy and the broad application of language is not just a yawning gap between those with the greatest wealth and those with the greatest need, but a country that is now riven by demographic, geographic and racial divides. 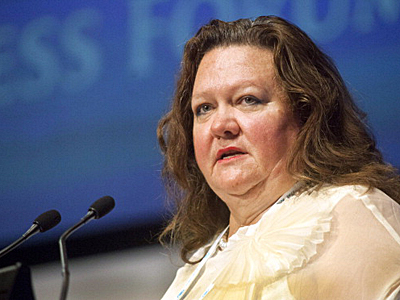 Australian politics isn’t about ideology, it’s about interests. The clearest proof of that claim is that neoliberal ideas such as deregulation were never aimed at powerful interest groups like the pharmacists or the gambling industry. And savage spending cuts were never aimed at subsidies for the fossil-fuel industry or private health insurers.

Just as conservative Christian theology provides an excuse for sexism and homophobia, neoliberal language allows powerful groups to package their personal preferences as national interests – systematically cutting spending on their enemies and giving money to their friends. Here are some examples:

To be clear, there has been no obsession among the political elite with the neoliberal goals of reducing government spending, regulation or tax collection in Australia over the past three decades. None. They didn’t mean a word of it. While there may have been economists, commentators and even business leaders who sincerely believed in those goals, it is clear from their actions, as distinct from their words, that John Howard, Tony Abbott and even the former head of the Business Council of Australia Tony Shepherd, the man tasked with running Abbott’s National Commission of Audit, had no principled objection to spending large amounts of public money on things they liked spending large amounts of public money on. Indeed, in his speakers’ agency profile, Tony Shepherd brags about his ability to get public money for private ventures:

It is no mean feat to convince governments to support private sector proposals, but as former prime minister, the honourable Paul Keating, said, “Tony managed to get more money out of my government than any other person I can recall.”

Hundreds of new pages of regulation now govern the conduct of charities. Billions of taxpayers’ dollars have been spent by “small government” politicians on everything from television ads for innovation to subsidies for marriage counselling. And Tony Abbott, who claimed to have a philosophical problem with carbon taxing, once proposed a 20% increase in the tobacco excise.

The political strategy behind these contradictions is simple: it is difficult to criticise government spending on health and education, or popular regulations like consumer protection and limits on executive pay. So why not just criticise all government spending and all red tape in general?

Once you have convinced the public that all government spending is inefficient, you can set about cutting spending on your enemies and retaining it for your friends. And once you convince people that all regulation is bad, you can set about removing consumer protections while retaining the laws that protect the TV industry, the gambling industry, the pharmaceutical industry and all your other friends.

When powerful groups want subsidies, we are told they will create jobs. When powerless groups want better funding for domestic violence shelters or after-school reading groups, they are told of the need to reduce the budget deficit. When powerful groups demand new regulations, we are told it will provide business with certainty, but when powerless groups demand new regulations, they are told it will create sovereign risk.
Ideology has a bad name these days, but it simply means a “system of ideas and ideals.” By that definition, it is possible to think of neoliberalism as an ideology focused on the idea that market forces are superior to government decision-making. But while large segments of Australian politics and business have draped themselves, and their policy preferences, in the cloak of neoliberal ideas and ideals, in reality to call them “ideologues” is to flatter them. They lack the consistency and strength of principle to warrant the title.’ 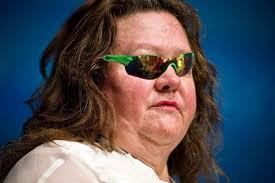