Saturday night April 23 2017 and the local Cumberland Council’s Redgum Function Centre put on a party for Indian immigrants in Sydney’s ethnic Wentworthville.  But the negro gang in the area found out on Facebook and so gate crashes the party looking for bad blood.

They all catch the train armed with knives and over 200 darkies in garish Nike sneakers, run riot outside Lane Street and along Dunmore Street, terrorising the neighbourhood. 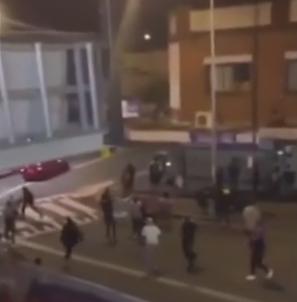 Just another multicultural success story in urban Australia, where ever the Third World diversity gets dumped on us

Two Indians get stabbed in the back during the street riot and so police are called to Dunmore Street just after 11.30pm. 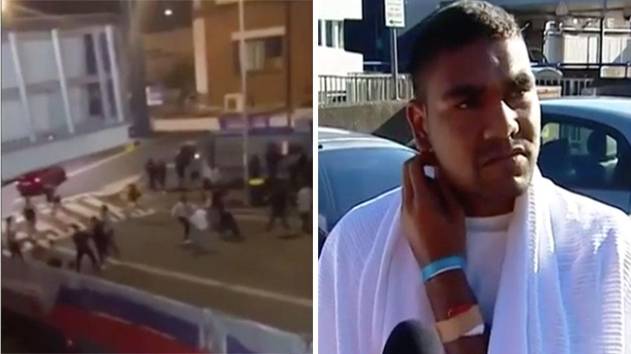 Investigators believe the violence stemmed from a long running, ethnic gang-related dispute.  The community centre is a regular venue for the Indian Ramgarhia Sikh Welfare Association of Australia.

Only a short time later and just one suburb away, more violence took place after a man was beaten over the head with a metal pole and assaulted by two men in Pendle Hill.

The same night in a car park outside The Warwick pub in ethnic Cabramatta, a migrant brawl erupts after one girl threatens to “slit another girl’s throat.  And the car park goes ape and rival ethnic gangs get stuck in.

About 12.30am, emergency services responded to Joyce Street where they found the 41-year-old male with minor injuries.  Paramedics treated the man at the scene before transporting him to Westmead Hospital.

A 29-year-old man was arrested at the scene and taken to Merrylands Police Station for questioning.  Police are also searching for another man believed to be involved.  The man is described as being of Indian/Subcontinental appearance, about 170cm tall, thin build, with black hair.  He was last seen wearing a grey long sleeve shirt, dark pants and green baseball cap.

Last January 3, 2017, three Sudanese rapefugees were charged by police with gang raping an 18-year-old girl at a New Year’s Eve party three days earlier.  Eighteen-year-olds Beshoi Butros and Norman Massimino (below) were refused bail at Parramatta Local Court yesterday while a 17-year-old, who cannot be named, was granted conditional release.

They should all be deported and no more Third World bad bloods let into Australia.