It’s a warm midnight Saturday February 24 2018 in Melbourne’s blackened northwest ghetto and four idle Sudanese stick insect teens feel like theys back in deepest darkest Africa and are hankering for McNuggets. But theys already blown their Centrelink dole on booze and ICE. 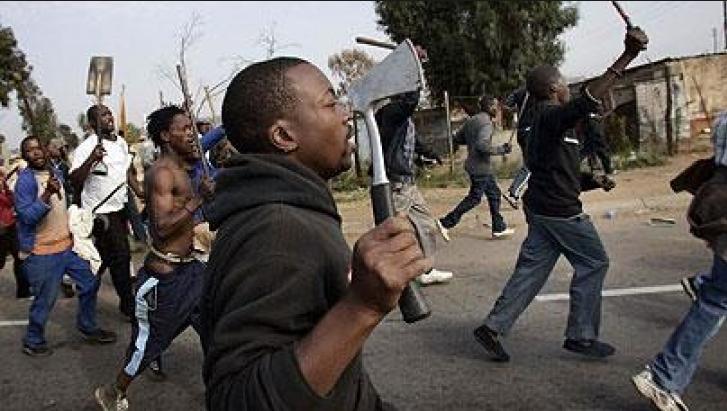 So they goes tribal and mask up, grab da bats, hammers, crowbars and star pickets, and go hunt for a getaway car, finding a blue Honda Civic in a residential driveway on Exhibition Parade in nearby Taylors Hill.  It’s got da boot lip spoiler – perfect for Negra gangstars! It’s 1am and they home invade the sleeping Aussie family of seven, terrorizing them and demanding the car keys and cash, before bashing two of the occupants and stealing the Civic.

Veena Padman, who lives a few doors down, said she is scared to leave the house after the attack.

“I usually go for a walk, but I didn’t go out today.  We are actually scared to go outside.”

The father needs to invest in a trained family guard dog. 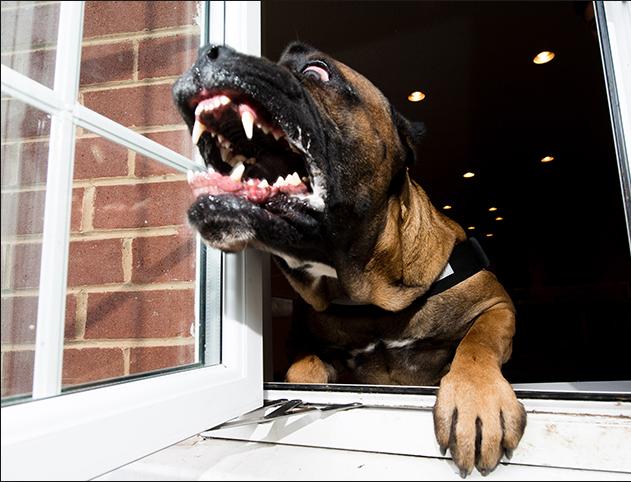 At 4:30am, now five of the gang (all of African appearance) hold up Essendon Maccas cos it’s ‘Open 24 hours’ isn’t it?

So they get their McNuggets fix and do a chicken dance.

..until next dole cheque.

Same weekend in Melbourne’s blackened outer east ghetto, up to forty youths (of African appearance) demand McNuggets at a 24/7 Macccas on Cardinia Road in the suburb of Officer.  They give lip and intimidate McNugget staff before being chased across paddocks by police with batons. 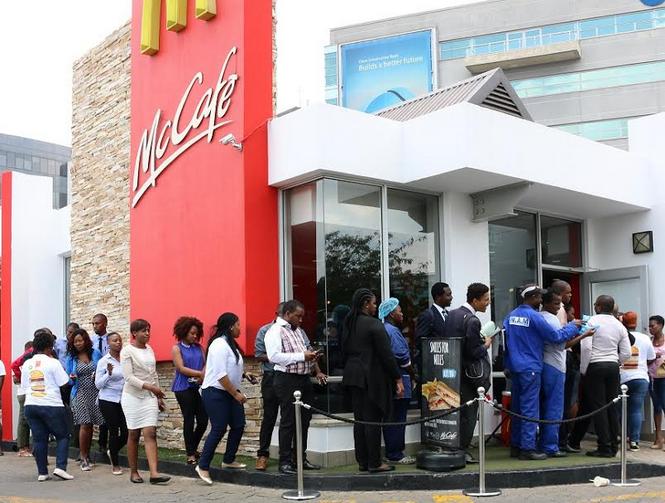 Shortly afterwards, police receive a ‘000’ emergency call from a 14-year-old girl at home in nearby Pakenham having a private party.  She reported up to 100 youths (of African appearance) gatecrashing.  Mother Fiona later said to the media:

“We did everything right — knew the parents, they were home, set rules, had drop-off and pick-up time.  How on earth do we prevent these rude youths spoiling our kids’ childhoods?”

Don’t advertise parties on social media, cos dem Negras are monitoring.  And buy and train a family Boerboel (South African Bull Mastiff).  They know how do deal with rampaging Negras.

Same weekend three masked men of African appearance armed themselves with a hammer and a knife from a garage before entering an Albion home at 1:30am in Melbourne’s west.

The father Edward woke to the sound of his partner and their young 5-year-old screaming from another room as three masked burglars jumped on their bed, threatening them with a knife.  There was no time for him to grab the baseball bat he’d bought only last week, to protect his family from such terrifying violence.

He’d feared something like this, after his neighbours were broken into a fortnight ago.  They stole two sets of car keys and an iPad, before running off.

Same weekend a gang of youths of African appearance used scissors to brazenly steal headphones from a JB Hi-Fi shop in Melbourne’s full-blown ethnic Vietnamese Springvale. A shopper, Joe, saw the crime unfold and attempted to stop the youths, but was told by staff to let them leave.  He said one of the culprits was as young as eight – African in appearance of course. 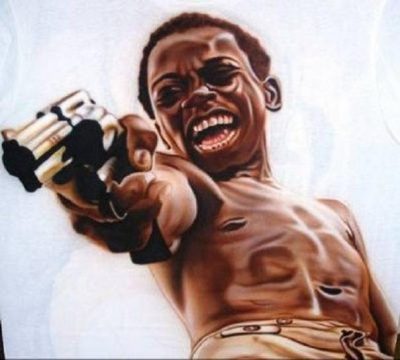 Retards cannot be trusted with weapons.  Would you trust this 80-85 IQ gentleman with that gun?

Same weekend two people were inside the dark-coloured Toyota Hilux ute when it smashed into a closed and locked bottle shop in Watsonia in Melbourne’s northwest just after 1.30am.  Cash and alcohol was stolen.

A second bottle shop was rammed about 15 minutes later. The offenders used the vehicle as a weapon, ramming it against the Plenty Road, Bundoora bottle shop but were unable to get inside.  They fled empty-handed.  CCTV shows they were both of African appearance. 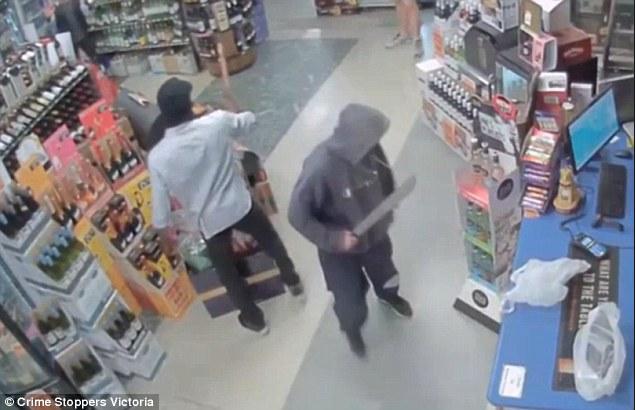 Same night three thugs donning balaclavas and armed with baseball bats and a hammer home invaded a family home in Melbourne’s south eastern ethnic on Henderson Road, Keysborough, just after 2:00am.  They bashed the two occupants attacking one with a hammer. The other occupants of the house, three adults and a baby, were luckily unharmed.   According to police, it was a targeted attack linked to a similar incident last year.  The three men fled in vehicle that was waiting in front of the house, and was driven by a fourth person.

“[The family was] in absolute shock, as you can imagine. There would be nothing more terrifying.”

Neighbour Nishadi said she woke up to the sound of someone screaming.

“I sat in bed and listened for about a minute or so, and then I heard the screaming getting louder, and then someone was banging on our door,” she said.  I woke up my parents and then I ran down, and my brother was already up … and he was already at the door speaking to her through the glass because we didn’t know who it was.”

By this stage they realised it was one of the women from next door asking for help.  Nishadi said while she was on the phone to emergency services her brother went over to give the injured man first aid.  She said the bedroom door appeared to have been bashed down with an axe.

“The crime wave is back, and I’m afraid, once again, much of it (the crime) is ethnically-based, offenders being described as African appearance, and young. “There’s no point avoiding that; the African community has recognised it, even the police have recognised it as a problem.” 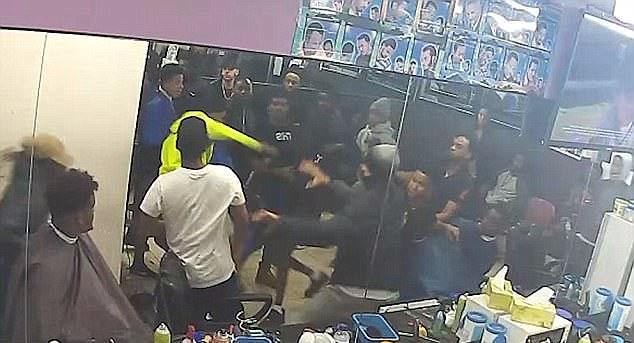 Sudanese youths riot over a haircut in Melbourne’s northern blackened ghetto of LaTrobe.  They didn’t take to da Bay Rum, but it’s supposed to be hair tonic. Watch Chimping Out

But wait for police?  Expect Greens-Labor Negra-luv’n Premier Dan Andrews to do anything?

Enact the Castle Doctrine.  Until then, Melburnians’ best legal solution is to buy and train a family guard dog for home defence, ideally a Boerboel.    The White South Africans have bred the Boerboel specially over the centuries to defend their families on their rural properties against Zulu style machete-hacking slaughter.

Watch how well-trained family pet, Boela, defends the property against a burglar. The suspect later denied wanting to break into the house, saying he was just seeing if there was something in the garden worth taking
When he was eventually freed he was treated by ambulance staff before being arrested.

The owner said: ‘They were making a lot of fuss about the man but poor Boela was aching because of the blows he received.
‘So I made sure that I looked after Boela and I bought mincemeat for 100 ZAR ($9) and cooked it for him to spoil him.’

Bring in da fake Kiwis (backdoor Pacific Islanders) and state police have to set up Strike Force Raptor in NSW and Task Force Maxima in Queensland.