Got a spare dead feral pig with an unwanted head? Well check out Church Street in downtown Maroochydore.  They keep losing their local mascot, despite generous pig doggers willing to replenish them after a good shoot. 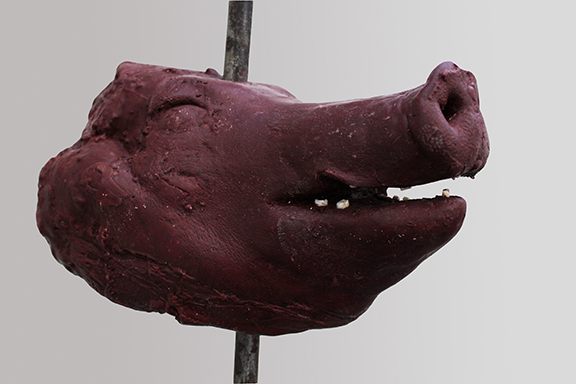 The only ones wanting barbaric muslims to invade Maroochydore are foreign muslims themselves,oddly enough and their anti-Australian leftie sympathisers.  Like ratepayer funded councillors and hateful corrupted Labor politicians – aka Mal Brough. 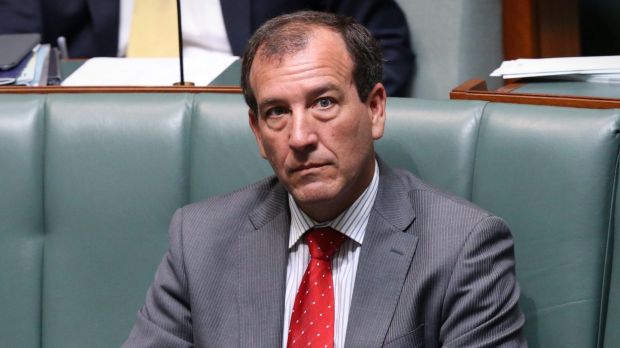 Hell, I’m off to Purling Brook Falls for them 72 virgin boys.”

But did traditional Aussies of Maroochydore ask for a bloody mosque and muzzie invasion of their idyllic Sunshine Coast?  Was Mohammed a pedophile?

When the University of the Sunshine Coast started offering islamic studies and inviting full-blown Third World muslim students on an upfront cash basis, something dodgy was going down.  Remember arabic islamic Professor Sohail Inayatullah at USC back in 2011? 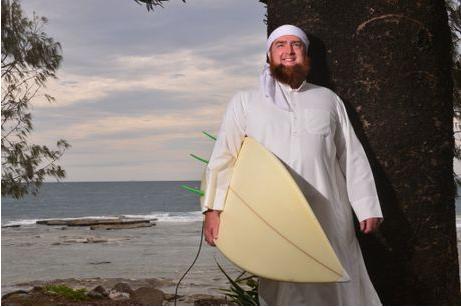 And this is ‘Johno’ partaking in extracurricular activities in Indonesia with Jemaah Islamiyah, which is not part of the “we’re just like you” Islamic message to the Sunshine Coast. 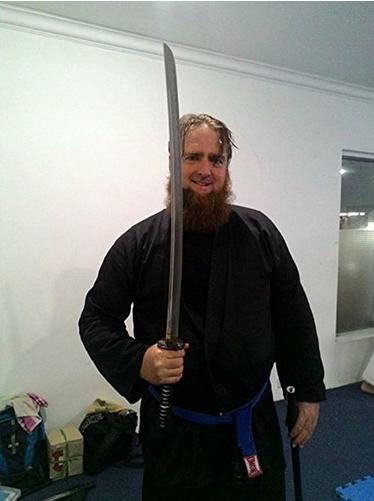 Be worried when he gets to Brown.

Local Aussies around Maroochydore didn’t want no islam back in 2014 and they don’t want the barbaric cult now.  Back then hundreds came out in the streets to protesting against a mosque on Church Street in Maroochydore or anywhere along Queensland’s Sunshine Coast.

“I’m not for it anywhere in Australia,” one protester proclaimed. “What Muslim preaches violates the laws of my country. It is an ideological, political organisation wrapped up in a very thin skin of religion. I ask anybody to name any Western country in the world where there had been a large influx of Muslims where they have seen an improvement and have not seen social issues.”

Pakistani-born Justin Albert warned of experiences of oppression in his native country.  “Chopping their heads, it is their Jihad,” he said. “I know their deeds. No more mosque in Australia. One day you will see they will kill you.”

They called the park their own ‘Sunshine Coast Masjid’.  WTF? 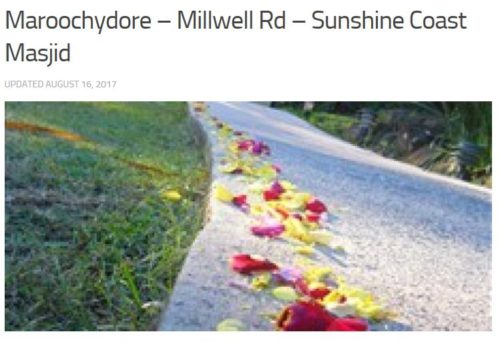 So where did the muslims get the money to purchase the two-story fibro Queenslander from the Uniting Church at 14 Church Street? Saudi Arabia!   Why the hell did the Uniting Church betray local Australian Christians by allowing the church property be bought by anti-Christ muzzies to turn it into a bloody mosque?  Sacrilegious or what?

On May 22 2015, a couple of local enterprising lads from Beerwah managed to chuck pork chops over the site as a gesture of ‘bugger off muzzies’ during Friday Prayers.  According to journalist Janine Hill in The Sunshine Coast daily (July 4, 2015) the two were inspired by Franky from the ‘Housos’ TV show.  But they got stung by CCTV for wilful damage and ordered by the local magistrates court to pay a massive $50 for the clean up and handed a 6 months good behaviour bond.   No convictions were recorded.

Even so, Restore Australia boss Mike Holt, who sat in on proceedings, found the sentencing harsh, saying “there’s no law against throwing meat around” and the men did not damage the building.

The local lads have set a standard of free speech for Maroochydore.  Better than council. Well done!  They should run for council and throw out the treacherous lefties.

Rumours have since been circulating that burying a whole pig on the site would stop the mosque. 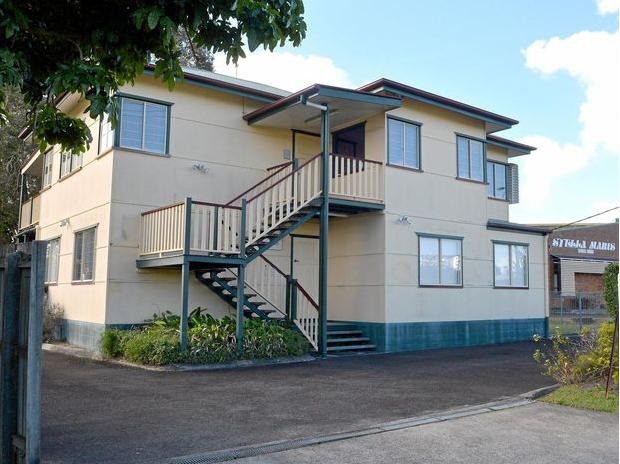 But then sadly on June 26 2015, the treacherous Sunshine Coast Council under Mayor Mark Jamieson approved the mosque at 14 Church Street.  The councillors hid behind the Sustainable Planning Act 2009 and the Sunshine Coast Planning Scheme 2014.

Gold Coast Council had rejected their islam invasion citing lack of parking, noise issues and community concern, so why couldn’t the Sunshine Coast Council use these excuses?

There was the expected playing down of the islamic threat by council.  Mealy-mouth talk of “strict conditions”,  “worship limited to only three hours a week”, “can only operate on Fridays between 12-3pm, with just 25 people attending” (watching this!), two special days a year will be allowed for religious observances such as Ramadan — between 7am and 10am and limited to 40 people (watching this!),  no amplified music/sound shall occur on the site (watching this!).

Planning portfolio Councillor Christian Dickson (a leftie) was the main supporter approving the mosque impost.   “The proposal involves the re-use of an existing building and car parking, with the “Place of Worship” on the ground floor and “Caretakers’ Residence” on the second floor..so it is a ‘consistent use’ at this site.” Cr Dickson said.  “May I suggest anyone wishing to comment on the establishment of mosques in Australia should convey their views to the Federal Government – either the Federal Member for Fisher, the Honourable Mal Brough MP or the Federal Member for Fairfax, Mr Clive Palmer.”

What a cop out!

“We’ve taken some specific concerns of the residents and put them in the conditions,” Cr Christian Dickson reckons. Cr Dickson said council would enforce the conditions. 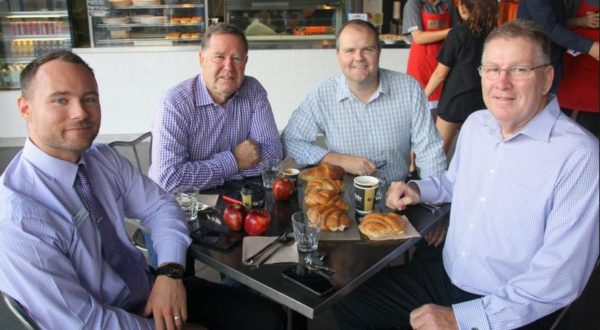 Sunshine Council approved this perfect recruiting ground for radical imams to preach their brand of filth and hatred. It is illegal to build a Christian church in most Islamic countries, it is most insensitive and culturally dismissive to build a mosque in such a manner here in our backyard.

Of course, both foreign-hugging Labor and Liberals sided with the invading muslims against local Aussies. Then Premier Campbell Newman and opposition leader Annastacia Palaszczuk both praised the diversity and condemned the Australians.  Mal Brought urged locals opposed to the mosque to learn more about Islam. Bastard, the treacherous shit’s now gone anyway. 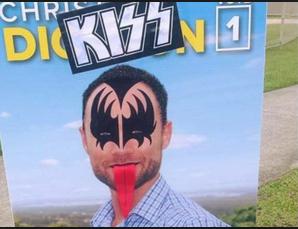 Cr Christian Dickson not living up to his namesake

Then Council Lifted its Restrictions

Sure enough, Sunshine Coast Council caved in to the muslims and in March 2016 lifted the restrictions it had promised local ratepayers.

Threatened with legal action in the Planning and Environment Court, the council decided not to contest and so has allowed the muzzies to pray at 14 Church Street not just between 12pm and 3pm on Fridays, but five times a day, every day.

“After considering its legal advice, it became clear there would be little prospect of the council successfully defending its position in the Planning and Environment Court and that any such defence would result in significant cost to ratepayers,” a council spokesman said.

“Council has therefore sought to negotiate a settlement of the matter with the applicant.  “Those negotiations have resulted in limiting the number of adults on buses for school excursions; limiting daily prayer sessions to five and clarifying that amplified sound is to be consistent with a normal speaking voice.”

Islamic President of the  Muslim Organisation Sunshine Coast, Ben Nitschke, welcomed the changes. Of course he did

Such muzzie appeasement by lefties is just the beginning.  Look out Maroochydore!  This is poor suffering Mount William in the Grampians in Victoria, but it could easily be on Kiels Mountain above Maroochydore, or Mt Tinbeerwah above Noosa – don’t put it passed them.

That buried pig option sounds enticing, or easier, a pig head on a pike.