So after the Liberal Party announced it would continue hell bent on its Free Trade import dumping policy and rejected Australian industry calls for assistance, we see Australian  automotive and agriculture businesses and jobs set to die at the feet of cheap foreign importers.

Extravagant and costly perks enforced by the Manufacturing Workers Union in an enterprise agreement haven’t helped margins.   The union had extorted wages up to 58 per cent above “modern award” levels and had secured wage increases by 29 per cent since 2005.

The Liberal Party disdainfully ignored the Goulburn Valley people’s pleas for temporary support.   Liberals Abbott and Ian MacFarlane rejected SPC’s request for a $25 million factory infrastructure upgrade and so thousands of jobs and reliant businesses were set to go to the wall in the regional Victorian city of Shepparton.

Eventually SPC got $22 million from the Victorian Government and $78 million properly from parent company CCA.

But then suddenly, as Liberals had become on the nose with the voters of the Goulburn Valley being the Seat of Murray federally,  Woolworths today announces a $70 million contract with SPC Ardmona.   Suddenly Woolworths says its Select canned fruit product lines will no longer undercut and dump on Australian from South Africa and Thailand.

Sure Australian consumers have supported SPC, but that’s not the driver for Woolworths to suddenly abandon cheap imports for SPC.  Woolworths has gone kicking and screaming to court with the ACCC to defend its fuel shopper docket scheme.

Sounds like a Liberal deal with Woolworths behind the scenes.  Sounds like something Ian Macfarlane, Liberal Minister for Industry, would do.  What has MacFarlane promised Woolworths in this deal?  Where does Woolworths stand to gain elsewhere in Australia?  How much has Woolworth donated to the Liberal Party in recent years?  Is the extravagant enterprise agreement still to apply?  Is CCA’s share price set to rise?   Is Woolworth’s profit set to fall – no way!

Not as silly as he looks, or is he? 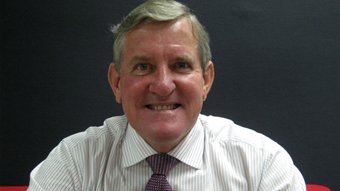