When the Liberal Party under PM John Howard and Treasurer Peter Costello introduced the GST nationally across Australia from July 1, 2000, a social carrot included the original introduction of a First Home Owner Grant scheme.

What was right with Howard’s scheme was the eligibility criteria, notably that: “applicants must ensure at least one applicant is an Australian citizen or a permanent resident.”

This meant that the beneficiaries of the Howard Liberal’s scheme would be genuine young Australians needing their first principal residence in their home country.

But twelve years on, far less Australian-valued Liberals have abused the first home owner grant model to the detriment of Ordinary Australians.  The Liberal Party in New South Wales under Premier Barry O’Farrell and Treasurer Mike Baird from July 1, 2012, invited foreigners to be eligible for such grants for residential homes valued up to $650,000.

So Sydney homes have been sold by unscrupulous real estate agent sharks direct to particularly wealthy Chinese, facilitating the property sellout to Chinese by setting up shop in China.

Under O’Farrell and Baird, from July 1, 2012, wealthy foreigners suddenly became eligible competitors to local Australians to receiving NSW taxpayer funded grants and so to snap up vacant blocks of residential land and pay no stamp duty on land valued up to $350,000.

Under O’Farrell and Baird, wealthy foreigners suddenly became eligible competitors to local Australians to receive NSW taxpayer grants for NSW homes and to snap up new homes valued up to $500,000 and not pay stamp duty.

The First Home Owner Grant (New Homes) scheme was established to assist eligible first home owners to purchase a new home or build their home by offering a $15,000 grant. Australian taxpayer funding friggen foreigners to outcompete Australians.  What the…?

Under O’Farrell and Baird, foreigners have became eligible to compete with Australians for Australian homes. 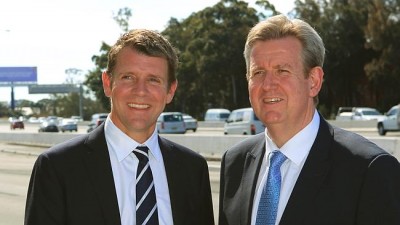 Blind to the Liberal penchant for growth at any cost, Mike Baird like Barry O’Farrell is to sell out prime New South Wales property and energy wealth to foreigners, all so he can selfishly fund his re-election promises.

In Sydney, wealthy Chinese are increasingly snapping up residential property especially near the harbour.  The Arabs meantime are swamping in massive numbers and secretly converting Western Sydney to Islam.

Offspring of established Sydneysider families are being forced out-of-town by wealthy Chinese, from a Sydney now artificially overpriced and unaffordable due to Liberal Party policy.

Cashed up Chinese buyers are being chaperoned from house to house in some of Sydney’s best neighbourhoods, by the likes of Monika Tu often with their immigration agent.

Chinese culture is buying up Sydney and it is here to stay as an invading immigrant de-cultural force.

A report this week from Credit Suisse said Chinese buyers were spending $5.4 billion a year on Australian properties, with the split relatively even between new settlers and others.

Analysts are warning that ”a generation of Australians are being priced out of the property market” as a result.” 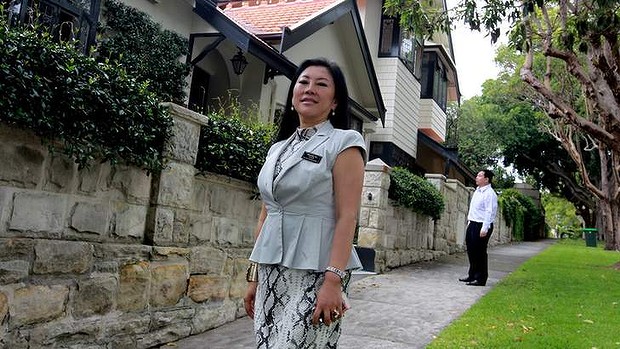 The snake-skin skirt is apt.