His history began when he was a 1980’s candidate in Sydney before he passed over to the ridiculous Citizens Electoral Council (CEC). He promoted for a period their disruptive politics against other pro Australian groups – and then moved on.

But his great moment was One Nation for whom he worked for a number of years from 1997 ’til 2001.

In 2003, Stewart attended the free speech Sydney Forum, asked for and received open forum time. Hanson had just been jailed as the product of the conspiracy of Tony Abbott and his Australians For Honest Politics spy and disruption group. Stewart announced that it was all fine because Hanson was really guilty and he should know.

Stewart explained that he, Hanson, David Etteridge and David Oldfield had together set up the propriety limited company that was a the centre of One Nation and the bogus membership structure which lay at the core of the false court case. Stewart then explained that he was the fourth man in the whole affair and that no action should be mounted regarding Abbott’s operation. It was a barefaced act of psycho-politics meant to bemuse and confuse.

It got better. A rumour indicated that right at very moment the Sydney Forum was convening, Stewart had issues with another patriotic party known as The Great Australians, established by John Cummings, owner of McCafferty’s Coaches. Mr. Cummings subsequently revealed that Stewart had joined and become his chief business
manager.

Stewart organized the Great Australians with a propriety limited company as its core and hived the company away from the party proper, wrecking it. Cummings considered Stewart mentally disturbed and said it cost him a lot of money to rid himself of this man and his works. The Great Australians never really recovered.

A couple of years later, Stewart appeared again, this time as an organizer for the Liberal Party in north western Sydney. Had he returned home? Indeed, Stewart was not the only man formerly active in One Nation to have been taken on by the Liberals.

A group of One Nation officials all active in the northern beaches and Manly area of Sydney transferred to the Liberals. Allegations of substance have pointed to each as a trouble maker in the One Nation party – and to one as an agent of the former (corrupt) New South Wales Police Special Branch.

Meantime in western Sydney, a certain husband and wife team joined the Liberals, after poisoning the Parramatta branch of One Nation and even trying to sponsor a neo-nazi Special Branch informer into that party.

Stewart knew all the persons referred to. 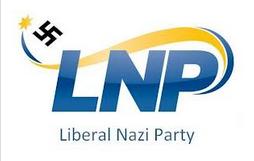 Is it just a coincidence that these persons acted as they did – and later joined the Liberals?

So what is Stewart’s game now with Palmer? Essentially, we identify Mr. Stewart as
an ‘operator’ and that anything he may say in this campaign as a falsity.

Anyone who puts his hand up to go with Palmer, gets a crack

Palmer’s own policy on refugees will now be ‘promoted’ by Stewart. It is a major brain pickler and this bloke would be the ideal sociopath to promote it.

”We believe in a similar policy [to] that they have in the United States and other countries, where people can board a plane, whether or not they have a visa, and then they’re shuttled to the airports where there are people in facilities waiting to meet them. They are then interviewed, they are given a hearing and if they are found to not be legitimate refugees, they are put on the next plane back. You won’t need detention centres … We don’t believe in separating families and mothers and children and putting them in jail, when they have done nothing.”

Under this lunatic policy, Australia would need a dozen new airports, new courts, holding pens (sic) and a security apparatus that would rival Stalin’s. The world has some forty million refugees eligible to jump a jet. Is that Palmer harbours the dream of a mass labour force at slave rates?

It has long been a position of some Australian nationalists that the privatised spy-wrecker agency Australians For Honest Politics – and perhaps one or two similar shady groups – have collected individuals to run against organisations they disapprove of. Australian patriotic politics has been targetted by these Manchurian Candidates and psycho-pathological individuals.

Put your hand up for Palmer United and you’re in.  In the Riverina, if you’ve got a leg in with irrigators, Clive wants you! 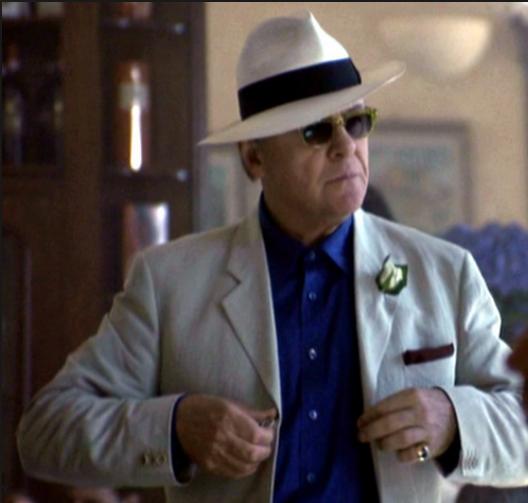