No wonder the Royal Australian Navy is losing good people and struggling to recruit.

Get wounded or injured on active duty and consistent Navy policy legacy is to ex-communicate, abandon you and go legal against you.  Thanks sailor for enlisting, now since Navy can’t use you, fuck off back to ‘civvies‘ and keep quiet or else we know where your family lives!  Try taking on the Navy and our fleet of lawyers and your family won’t know what’s hit them!

RAN scrap-heaping of its own sailors extends disgustingly and consistently back to its own peace time incompetent Voyager Disaster of 1964.  But the abandonment culture of Navy Brass probably extends further back to WWII when expediency was born, and as most of the sailors are since deceased, their naval truths lie with them.

Navy Brass, politically vaselined for career aristocracy, are conditioned to bully, backstab and abandon their own junior ranks if claim costs threaten and for political expediency of the day.  It’s internally labelled “meeting budget” and serving sailors are not just by deed of service politically servile, they are each politically expedient fodder.

Thought Australia was a classless society, join its Navy.

The Navy’s callous policy of delay in finalising a compensation claims looks to see in yet another serving RAN sailor dying before he is paid due recompense while permanently injured on active service.

Chief Petty Kurt MacKenzie was training sailors on board the boat, when he was overcome by lethal hydrogen sulphide on board patrol boat HMAS Maitland off Darwin on August 29, 2006.  He almost died.

MacKenzie was consequently rendered an invalid and has since been unable to work and will never be able to work. 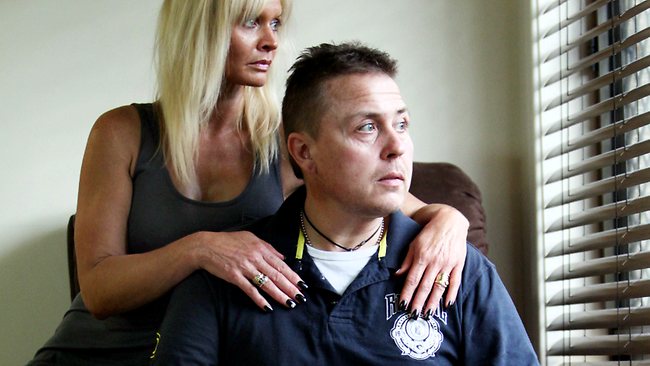 After the gassing he was released prematurely from hospital and his treatment was so poor that he now has just 37 per cent lung capacity.

Mr MacKenzie receives a government pension of $1900 a fortnight which is owed to him since he can never work again let alone serve in the Navy.  He suffers from curvature of the spine, narrowing of the oesophagus and post-traumatic stress disorder.  The Navy claims MacKenzie is not eligible for a lung transplant and so he faces a slow and painful death.

His father John MacKenzie describes his son’s treatment as “disgusting”. He said Kurt loved the navy and all he ever wanted as a boy was to go to sea. “We gave him to the Navy as a healthy, A1-fit 17-year-old and we got him back a total wreck,” he said.

Mr MacKenzie has a veteran’s gold health card so his treatment is free, but the navy and the government have refused to pay him compensation.

“All I want is to be able to pay my mortgage and protect my family,” he said.

His wife Sue and two sons have received compensation payments, but Mr MacKenzie has been told for years that his claim was “on the chief of navy’s desk” or “on the minister’s desk”. 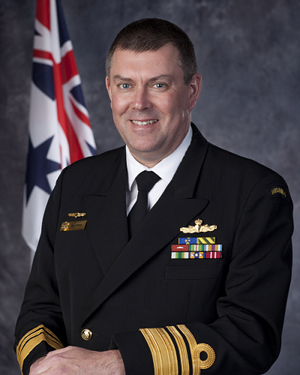 Cough up Griggo!  You are jacking on your mates and feeding gouging lawyers.

It is almost five years after a serious design flaw left four sailors gassed in the hold of a Navy patrol boat,  And yet, six of the 14 vessels in the Armidale Class patrol boat fleet haven’t been fixed. 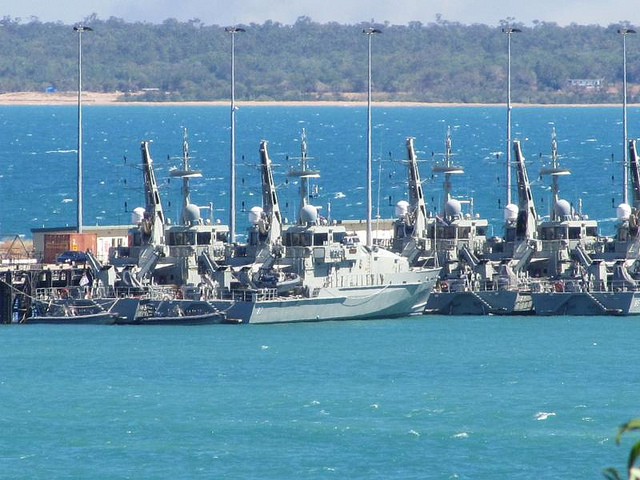 The patrol boats are the Government’s front-line weapon against people smuggling (boat illegals), which as all Australia’s have reailised is an abandoned clusterfuck of the Gillard Labor Government.  The boats are now a daily onslaught – Gillard’s Flotilla! 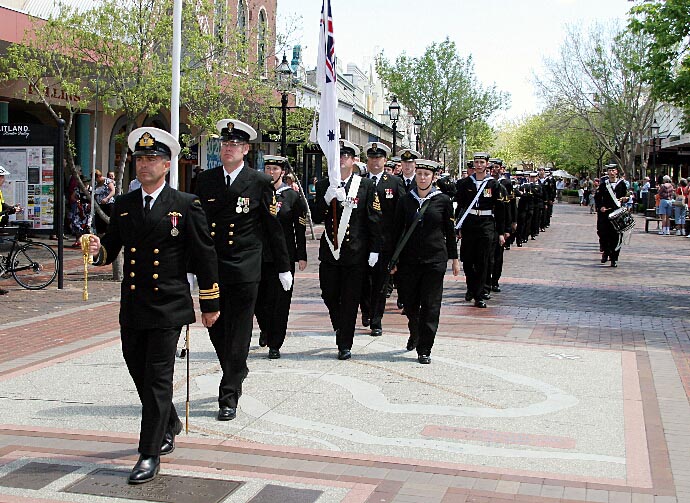 Crew of HMAS Maitland performing a commissioning march past in Maitland on September 29, 2006, just four weeks after the gas explosion.  The occasion included a private ceremony and function.
Nice one Navy!

Chief Petty Officer MacKenzie (since forced into premature retirement) has just 40 per cent lung function, has been resuscitated seven times in the past six months, suffers from spinal curvature and a skin disorder after the incident. He said the latest inquiry would be the seventh investigation.

Not surprisingly MacKenzie doesn’t truct the Navy.  “I want a public Board of Inquiry conducted by a senior judge with no connections to the navy,” he said.

An earlier inquiry found the lethal gas built up in the vessel’s sewage compartment was sucked into the area where Mr MacKenzie was working.  It found the vessel was accepted into service with gas vents two metres lower than specified, no risk assessment of the sewage system and without a sewage management plan.

Mr MacKenzie, who is now 44 and lives in Brisbane, has waited nearly seven years and doesn’t want to finish up like sailors from the 1964 Voyager disaster, who had to wait 35 years for justice and compensation. 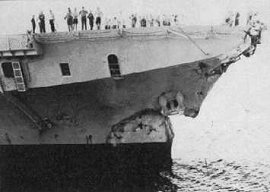 Bow gash on HMAS Melbourne after its collision with HMAS Voyager

On the night of February 10, 1964, while on exercise in Jervis Bay,  Navy destroyer HMAS Voyager passed in front of aircraft carrier HMAS Melbourne. Voyager was cut in two and sank with the loss of 82 of the 314 people aboard.

It took forty years of drawn out legal action against the dishonourable Navy by the HMAS Melbourne’s Petty Officer Richard James Baker (now 65).  Mr Baker has obstructive airways disease, suffers from Post Traumatic Stress Disorder (PTSD) and has been given just six months to live.

Navy brass bullying ordered Petty Officer Baker not to discuss the incident with anyone, including family members.  He became anxious and depressed and started to drink and smoke heavily and left the Navy two years later in 1966.

Forty years later and the Supreme Counrt has finally forced the Navy kicking and screaming to compensate Petty Officer Baker $300,000, after previously refusing to do so back in 2002.

“I hope other crew members will be treated fairly in the future rather than put through the mill,” he said. “Hopefully, what I’ve been put through helps the remainder of the boys that are still out there waiting to go through the process.”

“Forty years is a heck of a long time. This man can now get on with what’s remaining of his life.”  Outside the court, Mr Baker, who is married with two adult children, said he was relieved the case was over.  “It’s been a long process and I’m just glad it is all over and I can just get back to Adelaide and get back into some semblance of life again,” he told reporters.

Navy Waiting for its wounded to die

But RAN sailors of HMAS Melbourne continue to fight for compensation.

Melbourne solicitor David Forster, of Hollows Lawyers, who has acted for more than 120 crew members since 1994, today described the tactics adopted by the Commonwealth as “a national disgrace”.

“The government is deliberately seeking to prolong these cases for another 10 years in the belief that the crew members will die before obtaining justice,” Mr Forster said.

“All of these people from the Melbourne have suffered the same trauma [as the Voyager’s survivors], but they [the government] say they will compensate one ship but not the other. It’s totally illogical.”

He said it was costing taxpayers on average $1 million in legal fees to fight and lose each case.

Mr Forster said the government’s solicitors appeared to have adopted “bloody-minded” tactics since the middle of 2001 and were now less willing to mediate claims with the HMAS Melbourne’s survivors.

The Australian Government in 1995 introduced a mediation scheme to settle claims on behalf of HMAS Voyager survivors who have each received $300,000.  About 70 cases have been settled, but there are still about 125 outstanding, including 81 on Mr Forster’s desk.

To serve in Australian Naval Cadets has become more honourable than serving in the Royal Australia Navy.

Integrity and Endeavour?  Gillard’s vaselined Defence Minister Stephen Smith needs to hang his head in shame for his lack of loyal respect at the helm and just resign in disgrace for abandoning Australia’s own dedicated Navy sailors when wounded in the line of duty. 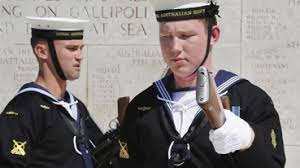 Australia’s Navy needs to root out its politically-vaselined Brass and restore honourable leadership in our Naval Command loyal to all serving sailors without fear or favour.