Will someone please sack silly Gillian Triggs!  Her Leftist treachery is not in Australia’s best interests.

She’s another Leftist academic from the University of Sydney appointed by the Gillard Labor socialists to support foreigners.  Gillian Triggs is supposed to be Australia’s Human Rights Commission president, but she’s acting more like a sympathiser for foreign criminals.

Triggs being an inner sanctum member of Julia Gillard’s Emily List for socialist women, was another captain’s pick by Gillard for president of the Human Rights Commission.  The commission itself was set up by her fellow comrade and socialist, Bob Hawke, in 1986.  It is just one of the many commissions/committees/QANGOs that Labor has set up costing millions of taxpayer money with no cost-benefit analysis, no accountability to achieve bugger all for Australians.

Fabian socialist Julia Gillard may have quit parliament, but the pensioned-off witch still sucks the taxpayer trough $370,000 a year and her Emily List coven still weave their Leftist agenda.  Gillard inserted Triggs to steer the Human Rights Commission in late 2012 and inserted Tim Soutphommasane to steer the Race Discrimination Commission in 2013, just before Labor was voted out of office.  Triggs even stood in for Tim for a few months.

All that Triggs has done in her role is to be an agent for the Left, specifically championing the illegitimate causes of illegal immigrants, many of whom have become criminals. She is in regular contact with Tony Burke, the Refugee Council, Amnesty International and fellow Emily Listers.  How else do economic illegals get to clog up Australian courts with their vexatious human rights claims?

Case in point.  Triggs has demanded that a foreign killer be released into the Australian community and compensated with $350,000 for being detained.

West Papuan John Basikbasik (51) island hopped to Australia by canoe in 1985 and with no background checks was given refugee status.  A year later he was sentenced to community service for disorderly behaviour and in 1989 he was sentenced to three months’ jail for grievous bodily harm. Over the next seven years he was convicted and fined for numerous assaults, property damage and for breaching bail conditions.  In 1999 he was convicted for a string of offences including causing wilful damage, obstructing police and drug possession.  Then in 2000 he pleaded guilty to killing his de facto wife, bashing a bicycle over her head several times after first punching her in the head.

Basikbasik, is a self-described alcoholic who has fathered 14 children to four different women in Australia.   While incarcerated he has repeatedly committed numerous assaults against other inmates in gaol.  Basibasik has been repeatedly assessed and deemed too dangerous for release following decades of violent offending fuelled by alcohol.

The Immigration Department said Basikbasik was involved in 50 behaviour-related incidents in detention, including assault.

He has been held in detention for the past seven years because different mental health experts have ­assessed him as having a high or moderate risk of re-offending, citing his impulsive personality and lack of “insight” into his crimes.  Basikbasik is tribal and still thinks he’s in the New Guinean jungle with no interest in assimilating to Australian society. 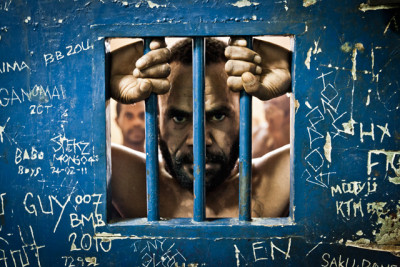 Not our Basikbasik, but could well be less the nose bone

Psychiatrist Kipling Walker found Basikbasik displayed a “persistent pattern of abnormal emotions and behaviour” and was at high risk of violent reoffending.  “He continues to use threats to get what he wants,” he wrote. “He has little insight into his problems with his temper. He will not benefit from psychiatric or psychological treatment,” Dr Walker reported in 2010.

But Human Rights Commission president, Gillian Triggs, has jumped to the aid of this foreign criminal, instead accusing the Australian Government of breaching Basikbasik’s human rights by holding him in immigration detention.

Typical Leftist, Triggs rejects the notion that criminals should be punished for their crimes.  Instead, Triggs want him rehabilitated and “monitored” out in the Australian community under some “management plan”.

Triggs is a failure.  The Human Rights Commission (HRC) costs between $25 million and $30 million a year of Australian taxpayers’ wealth.  HRC goes in passionately to bat not for Australians but for anonymous illegals and foreign criminals.  HRC is an abject failure and Gillian Triggs and her staff do indeed inhabit a parallel welfare universe. 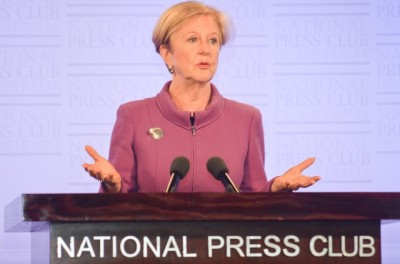 Hey PC Canberra media, you know I am still relevant, don’t you?

But Triggs is anti-Australian and pro-Non-Australians. She is an immigrant after all.

She recently ruled that an American fraudster (44) and cocaine addict who had swindled $644,000, should receive $300,000 compensation for being detained by Immigration.

Triggs has also supported illegal boat arrival Afghani Samad Ali Jafari.  She ruled that he should be compensated with $140,000 for his “arbitrary” detention while he pursued futile court action. As Jared Owens reported last week, the Immigration Department prudently rejected the HRC’s recommendations in both cases, as it was entitled to do.

These are not the first signs of Professor Triggs’s poor judgment. Recently, her political activism emerged when she appeared in a film clip campaigning against the detention of children.

In a Senate estimates hearing in November, she gave a contradictory and implausible explanation about why she launched an official inquiry into children in detention in January last year. She had not done so, however, under Labor when hundreds of boats and thousands of asylum-seekers arrived and the number of children in detention soared. 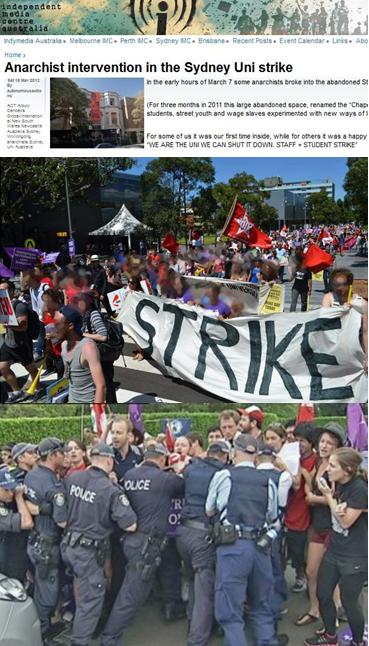 Socialist-Anarchist violent protest at the University of Sydney in 2013