Not that we would have attended anyway.

“I condemn as political fraudsters, these self-proclaimed patriots, who are going to Cronulla to celebrate the tenth anniversary of ‘the Cronulla riots’. In 2005, nationalists coined the phrase “Civil Uprising” for the Australian people’s movement that spread over a week in Cronulla. We called the response of certain Arab gangs to the Civil Uprising, “racist and politically motivated violence”. To talk of ‘riots’ on either side is an unbearable provocation from fraudsters and con men.”

For the pro-Israeli Party for whose Freedom to cross dress up in black Islamic niqab’s and carry a fake black coffin onto Wanda Beach nect weekend good luck to them.

The Party for Freedom will be holding a memorial service this Saturday December 12, and invites the public to attend, but not Australia First. 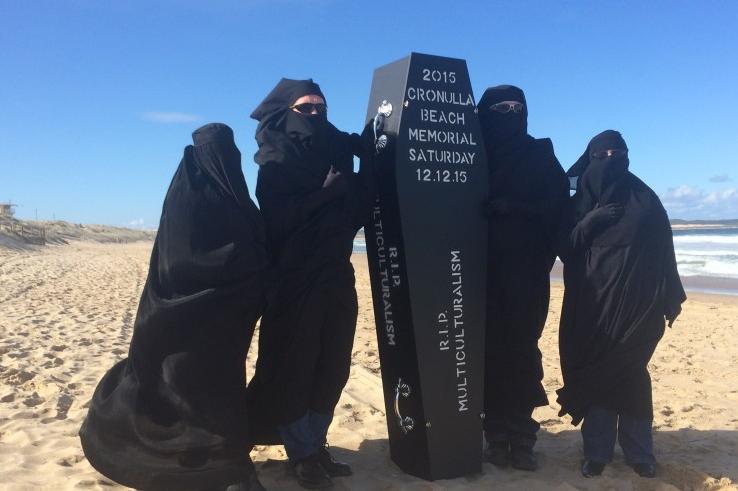 They probably hired the niqab’s from Lakemba. Anyway, they’ve already done the coffin memorial thing, so why do it twice?

We’ll have a few unmarked beachcombers with smartphones to catch Likud-Nick Folkes scull-capped in a Jewish Kippah with another Israeli flag.  That’d be a sight!

Folke’s anti-Islamic interpretative spin of the facts of Cronulla Uprising of 2005 is political hijacking of a grassroots Australian patriotic cause.  The Cronulla Uprising represents a time when Aussies stood their ground against years of oppression and intimidation committed by southwest Sydney gangs – both Islamic and Christian – such is the cultural mix of imported Lebs to Sydney.

So Folke’s anti-Islamic only protest next weekend is really narrow-focused.

Australia First Party is organizing its own flash demos in the Shire on Saturday, and Cronulla Beach is 5 kilometres long, so good luck patrolling it.

“The nationalists have said for years that the Civil Uprising was about ethnicity. The matter of Islam was a side issue as many of the perpetrators of anti Australian violence and intimidation over a decade or so, were both Muslims and Christians, but they were definitely members of particular Arab groups.”

Australia First Party has criticised these supposed ‘patriots’ who want to remember these “riots” as something about Islam, about Aussies protesting Islam and Islamics doing violence against non believers.

“Australia First Party denounces the Party For Freedom, Reclaim Australia supporters of Shermon Burgess and Rev. Danny Nalliah, who want to trash a critical event in recent Australian culture-politics as part of their dialogue about Islam. They say Islam and Islam alone is the challenge to Australia. We say their vision is just ‘Diversity Minus Islam’ – which is still diversity. For these would-be patriots, Cronulla is where their campaign on all things Islamic began. It just wasn’t.”

These so-called anti Islamic types wish to steal a symbol to cover their anti patriotic advocacy that Australia and Australian be defined without ethnicity. In effect, we see that as treason.

“This rabble of would be patriots was not present at Cronulla in December 2005, nor did they speak for it. It is now just convenient for them that they seek to enter into the historical memory with a different interpretation and ride it as a justification for a secret politics brewed up by the neo-cons in America. The latter, which had nothing to do with the Civil Uprising, is the ultimate reason why they are there. And they know it.”

Australia First Party stands in defence of the historical meaning and legacy of the 2005 Civil Uprising.

There is a risk that Lakemba Lebs and Newtown Lefties will dress in hoodies and face masks again and bring baseball bats to Cronulla for entertainment for the day. 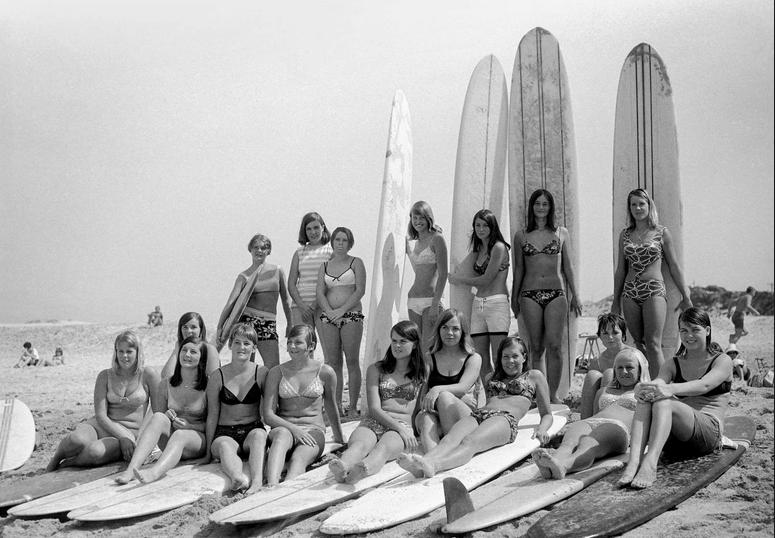