Julie Bishop has just gifted $200 million of Australian wealth that we don’t have to give to some foreign Green Climate Fund, for what?  The record of the fund is that billions have been squandered and no positive results have come of it.

Julie Bishop is doing a Rudd-Gillard junket.  She is out of control. This was never part of Treasurer Joe Hockey’s heavy lifting to reduce Labor’s Debt.   Bishop is heavy spending, just like Labor. 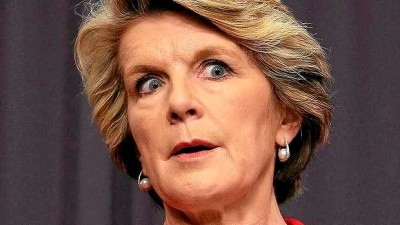 Bishop is doing a Labor-esq junket in Peru, splashing the cash just like Rudd and Gillard did in their debt making six-year era 2007-2013.  In July 2012, then Labor Foreign Minister Bob Carr gifted $1 billion of Australian taxpayer wealth to Afghanistan.  In August 2012 Gillard gifted $320 million of Australian taxpayer wealth to Pacific Island women.

Problem is it is not cash we have.  It is more borrowed money of $50 million a year over the next four years funded by the taxpayers bankcard.   More interest on an already unaffordable loan.

It is taxpayer theft!

Annually, the Liberals continue to gift billions of Australian taxpayer wealth on Foreign Welfare (aid).  Australia’s total aid budget under Labor was $36 billion (3.7% of Gross National Income of $984 billion).  The Abbott Liberal Government only cut that by $7.6 billion, so Australian taxpayers still do the heavy lifting for foreigners to the tune of $29 billion every year.

Why are Australians expected to sacrifice their own needy and impoverished for foreigners?  The LibLab myth is that Australians can afford to be a global charity.  Try confirming that with our farmers outback!

In Australia, Australia’s own struggling farmers come before those in Peru or Paris.    Liberal Prime Minister Tony Abbott has already committed Australian taxpayers to a multi-billion dollar Direct Action Plan to deal with climate change.  The Abbott Government in the 2014-15 Budget committed to invest $2.55 billion over ten years to establish the Emissions Reduction Fund from 1 July 2014.  Abbott’s climate change policies may cost as much as $40 billion by 2020.

That is more than enough.  Why don’t the Liberals just stick to what they promised?

Australia under Rudd-Gillard overspent decades of Australian hard-earned wealth on foreign charity including more than $5 billion on welcoming in 50,000 illegal economic migrants to shore up their ethnic voter base.  The money’s gone.  No more charity to foreigners for the next two decades! 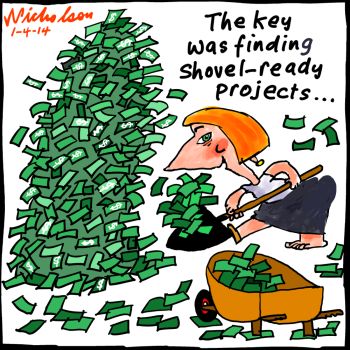