Gillard slush funds and union corruption have reared their ugly head again.  Just when we thought Labor’s witch was dead and buried, her wicked spells have cursed Ordinary Australians into her ‘pensioned off after public life‘.

As a union patsy, Julia Gillard as then unelected prime minister in 2012 continued her union patsy form of arranging schemes and favours for union hacks who had installed – first into the safe seat of Lalor in Victoria, then into The Lodge in Canberra.

She set up a scheme with the Transport Workers Union to eliminate independent owner drivers from the transport industry to be replaced by employee drivers (many Third World foreigners) so the TWU could sign ’em up as members and double its membership base.

It was collusion, immoral and probably corrupt.  But then as a dodgy lawyer with dodgy law firm ‘Slaters‘ before she entered politics publicly she set up a dodgy union slush fund for another union, and got cash home renos done out of it as commission.

The front for her sham TWU scheme was to conjure up an extravagantly paid untouchable kangaroo court to jack up minimum rates for non-unionised truck drivers – that is, independent owner drivers.  Labor’s Bill Shorten, another union hack, called it the Road Safety Remuneration Tribunal (RSRT).  It had the pretense of setting minimum pay rates to make transport supposedly safer.  But it was all spin. Truck safety was a ruse.  It has made no inroad to trucking safety since Gillard cast her spell. 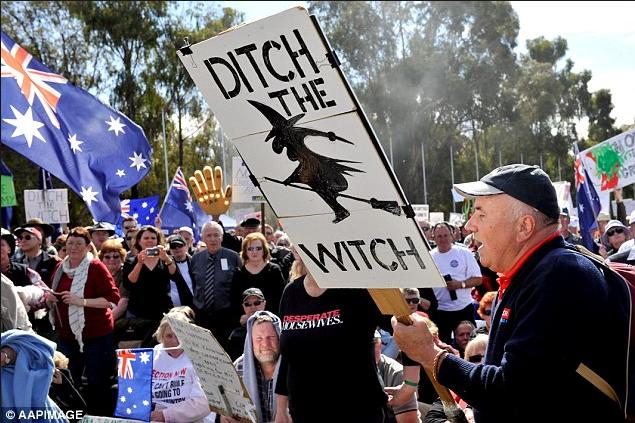 We’re still contaminated and haunted by her wicked spells

The Rat Shit Rort for the TWU was a regulatory gift to the Transport Workers Union granted by Labor PM Gillard and put into effect by then workplace relations minister Bill Shorten, set up since July 2012.  It existed from day one to increase TWU membership and banish owner- drivers from the road transport industry. All that stuff about promoting road safety was a ruse for Labor granting an almighty favour to one of its union mates.

Despite the union run RSRT, they contracted out the work of determining the rates to elitist accountants KPMG, which copied one of its one-size-fits-all templates to model the hourly rate based on assumptions of annual hours and secret algorithms.  The kangaroo court is staffed by union hacks on six figure salaries and pensions, who think they’re qualified and experienced judges.  It is union corruption, Labor Party corruption and a joke.  Problem is that yesterday it waved its Gillard wand to destroy the livelihoods of 40,000 Australian owner drivers and their families.

Aussies ditched the witch.  We need to now ditch her legacy spells and the RSRT, and stop wasting taxpayers millions on one of her pet projects of self-interest.

KPMG’s shonky modelling theory:  “The annual hours worked assumption is used to convert annual fixed cost estimates into an hourly payment. Note, the use of this assumption means if a road transport contractor driver works more hours than assumed, they will be overcompensated for fixed costs incurred. Conversely, if the driver works fewer hours than assumed, they will be under-compensated for fixed costs.”

That is, minimum hourly rates won’t influence hours worked or road safety, so what’s the point?…but we’ll take the consulting work thanks very much.

The effect is to hike the minimum pay rates that non-unionised independent truck drivers have to pay themselves and their contractors to such a level (up to 30% above fleet company rates) as to make them uncompetitive, and so the freight work will flow to the big transport companies employing only unionised truck drivers, many increasingly being Third World scabs with Third World standards.

National Road Transport Operators Association (NatRoads) has criticised the timing and detail of the pay scheme.  NatRoads spokesman Geoff Crouch has said a national minimum pay rate for owner drivers could make employing them undesirable.  He said if large national companies were suddenly forced to pay these substantially higher rates they would simply refuse to use owner-operator drivers.

So owner-drivers risk being priced out of the market, effectively being banished from the transport industry. 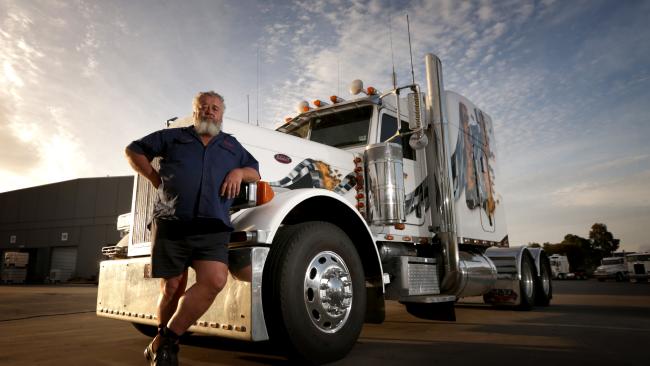 Some 40,000 independent owner-drivers throughout Australia and their contractors and families face going to the wall. The social and economic impact is devastating to all these Australians and has become a national crisis.

It is all so that one greedy ideological TWU boss, Tony Sheldon, can increase his union membership and funding base and have a greater influence on Labor Party power broking. 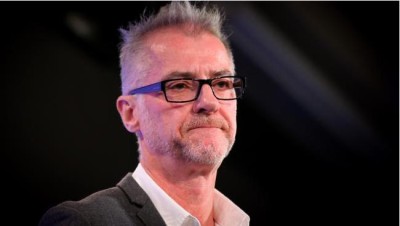 On medication or something

It is worse than shonky.  It is union self-interest, unAustralian and probably corrupt.

Problem is the new minimum rates kicked in yesterday.  Already today reports are coming in of owner-drivers already losing contracts because of these higher rates.

Problem is Labor’s Bill Shorten was behind this, so vote Labor and 40,000 owner-drivers and their families are history.

It is in the interest of the truck owner-drivers and indeed in the Australian public interest for 40,000 independent owner- drivers in solidarity to blockade key Australian national routes and shut down the economy until Canberra acts in the national interest – before the economy of 35,000 families is criminally shut down by the Transport Workers Union.

Recall the Razorback Blockade of 1979 against Malcolm Fraser’s Liberal Government’s unfair truckie tax. It worked!  This is 2016, just a different Malcolm.

Australia already has a national authority that prescribes laws for all heavy vehicles – trucks, buses, trains, intermodal – it probably should cover maritime as well.  Australia’s National Transport Commission is the one authority that is best placed to govern the standards and safety of the transport industry and their operators (driver training, licensing, truck standards, loading limits, fatigue management, etc) – reporting directly to a nationally dedicated and competent Minister for Transport, if only we had one.   That minister should also be responsible for controlling a fair and accountable national fuel price.

And if there is to be any industry body investigating corruption on a permanent basis going forward out of the Heydon Royal Commission, then such a body must: 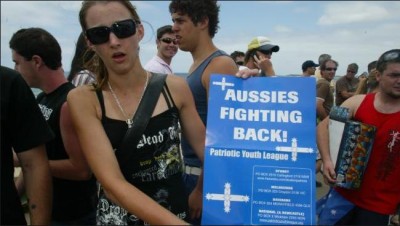 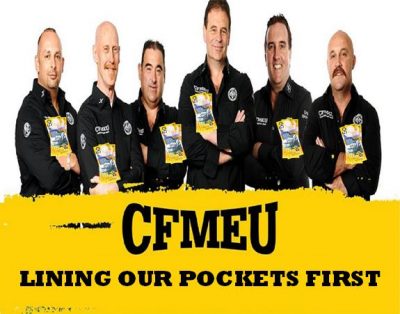