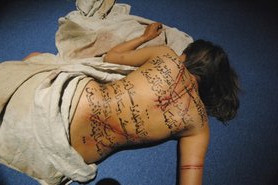 Islam has no place in democratic free civilized Australia.  Islam must be banned immediately throughout Australia, all muslims deported and the mosques and islamic centres decommissioned, leveled and relegated to history.  Simple.

In Queensland’s beautiful Currumbin, Maroochydore and Harvey Bay, Ordinary Aussies are a wake up to the islamic invasion permeating north and westward out of Brisbane.  Locals read what is happening elsewhere when the muzzies muscle in and they are increasingly vocal about keeping the barbaric and evil islamic cult out of their decent communities. 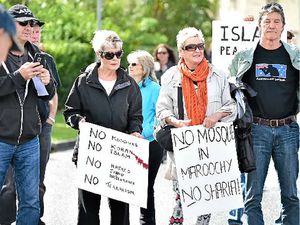 Aussies couldn’t give a toss where middle eastern Mecca is.  They know it is a distant foreign islamic centre of hate in the middle eastern desert when evil muslim leaders behead, chops hands off and flog people. Hell is a good description of Mecca and the whole hateful rag headed middle east.

Back in Australia, men and women happily go to the beach, public pool or local waterhole together in their swimmers.  They eat pork snags, chops and ribs at BBQs.  Their daughters are safe and free to do what they want, just like the boys.  Life in Queensland is normal…for now. 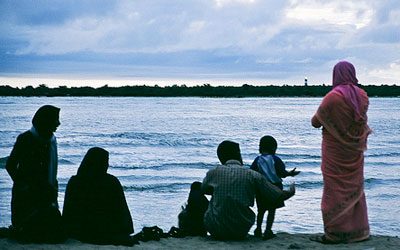 The Islamic Invasion of Toowoomba

Locals of Queensland’s beautiful Fraser Coast know what happened to the city of Toowoomba on the Darling Downs, when the muzzies muscled in.  Islamism has undermined this traditional rich farming and grazing community.  No local in Toowoomba wanted any bloody mosque, except a bunch of blow-in anti-Australian career leftards at the University of Southern Queensland and politicians on Toowoomba Regional Council (TRC) – all of whom derive kickbacks from Canberra’s hateful anti-Australia multicultism. 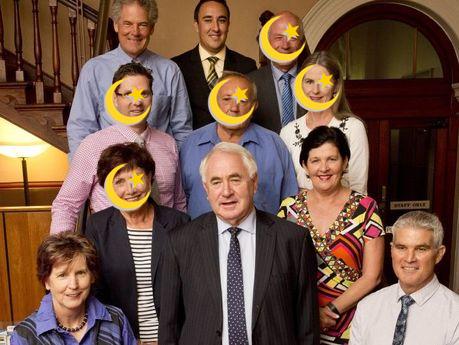 Islamic Society of Toowoomba sprung up back in 1994, just two years after the Darling Downs Institute got re-branded into the University of Southern Queensland.  It was an extra funding promise, except the funding was crap, but secretly a ploy to foreign student recruitment – uni sounds better that institute.  That’s it.

At the time, Australia’s globalist Keating Labor Government was headlong into its multi-culturalist mass immigration policy and inviting in foreign students. One of Labor’s worst anti-Australian globalist Senator Gareth Evans, was Minister for Foreign Affairs and Trade and started seeing education to foreigners as an export.

Basically, the University of Southern Queensland has been starved of funds so it has employed second-rate teachers, often ethnic and so has not attracted strong academic Australian students, so it has instead marketed to cash upfront foreigners including islamics.  Islamic studies were started at the Toowoomba campus in the 1990s with the assistance of education subsidies from Canberra (Australia-taxpayers) and since then the islamic Malaysians began flooding in. 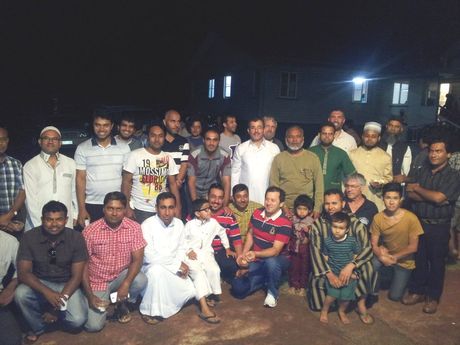 The University of Southern Queensland expanded its Islamic Centre at its Toowoomba campus in 2009 and marketed islamic studies to Muslim students overseas.  Locals were not a wake up until Muslims out of their invasion base in Brisbane set up an Islamic Society of Toowoomba and applied in 2013 to have the city’s first mosque built.

So where did the University of Southern Queensland (USQ) derive its coat of arms then? 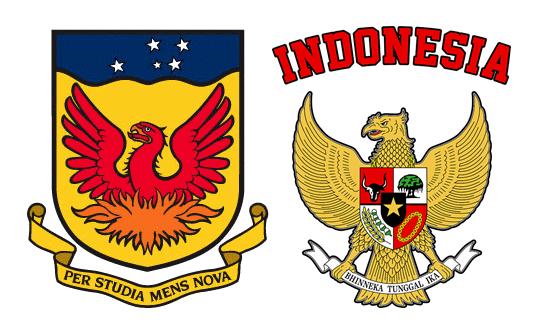 Well in 2015 USQ Vice-Chancellor and President Professor Jan Thomas and Rector Professor Ir Mohammad Bisri from the University of Brawijaya expanded their relationship with additional articulation agreements signed covering USQ’s Bachelor of Engineering Sciences and Master of Education (Teaching English to Speakers of Other Languages / TESOL).

The Islamic Council of Queensland muzzies from Holland Park mosque (Mount Gravatt in southern Brisbane) got $1 million from Islamic Malaysia (indirectly Saudi Arabia) to expand their cult into regional Queensland ready to invite thousands of muzzie migrants.  They bought the Westside Christian Church, a massive 2765 square metre property on the corner of West and Stephen Streets in south Toowoomba’s residential Harristown.  Why?  The church faces Mecca. Whatever.

The moment the sale went through, the muzzies kicked out the Christians, ripped down the cross, boarded up the windows, did some ritual exorcism to convert the church to Islam and plonked a crescent on the roof. 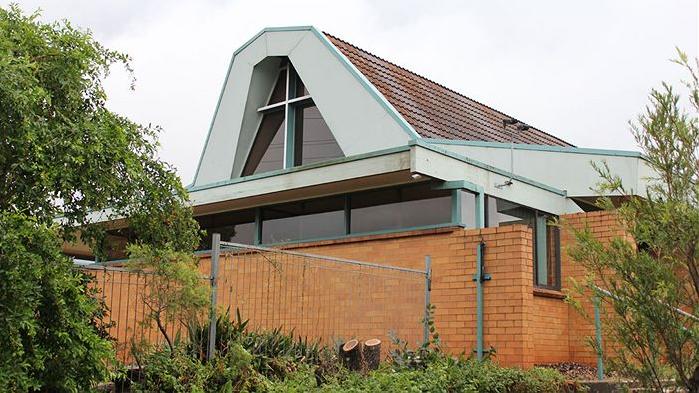 The Westside Christian Church before 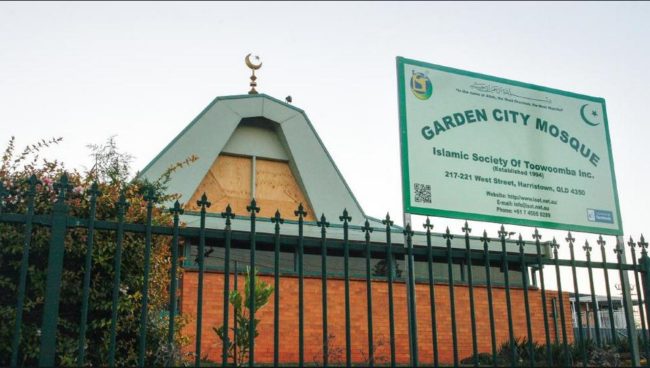 A fenced off hateful Mosque afterwards – notice any changes?  Wait for the minarets and loud speakers.

By March 30, 2014 the muzzies had started their mat kissing thing. Imam and president Dr Shahjahan Khan (a Bangladeshi import) hosted the mosque’s first praying to Mecca chant session saying the islamic takeover represented a “new bright chapter” for the city’s Muslim community.  “I thank Toowoomba Regional Council and congratulate the city of Toowoomba for its inclusiveness,” he said.

Inclusiveness?  See the high fence?  There’s possibly a jihad prep room out the back and a FMG cutting shed through a secret side entrance.  Muslims only now.  A bright new chapter for bearded pedophiles.

The recent steady growth of population and enhanced opportunities for work in Toowoomba, have attracted increased numbers of people to the Garden City of Australia.

Muslims in Toowoomba are working in almost all leading professions including as university lecturers, doctors, engineers, lawyers, accountants, business managers, social workers and many others.  This natural growth of Muslims has created the obvious and expected social, religious and cultural needs for the community. A place of worship is a basic need for followers of any faith.

Over the years, various efforts have been made to set up a mosque in Toowoomba with increased attempts in the last 2-3 years. Progress is currently underway to secure a property in Harristown as part of that ongoing effort.

While the University (of Southern Queensland) has been most generous in accommodating non-University worshippers to its Islamic Centre over the past decade, the growth in numbers has made it incumbent on the local community to support itself and develop and manage its own facilities.  We welcome the recent move by the Toowoomba Regional Council to be a refugee-friendly city in Australia. 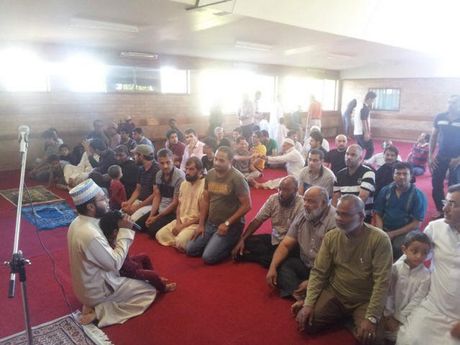 Where are the women?  Out the back preparing Ramadan, or disfiguring 9-year-old girls?

The Islamic Invasion of Toowoomba follows the rollout pattern of mosques at Kuraby, Ipswich and Lutwyche – all built on land bought from Christian churches.

But the plague has set in.  According to the ever-expanding Muslim Directory: Queensland has become a prime Islamic target for mass immigration:

President of the Islamic Council of Queensland Mohammed Yusuf said current facilities in Brisbane are struggling to keep up with growing numbers, with the latest Census figures showing more than 34,000 Muslims live in Queensland.

He said the large Muslim population in Toowoomba had mostly been operating out of a room at the University of Southern Queensland but they had just bought a Christian church to transform into a mosque.  He said it was important for Muslims to have separate facilities that catered for their distinct culture. 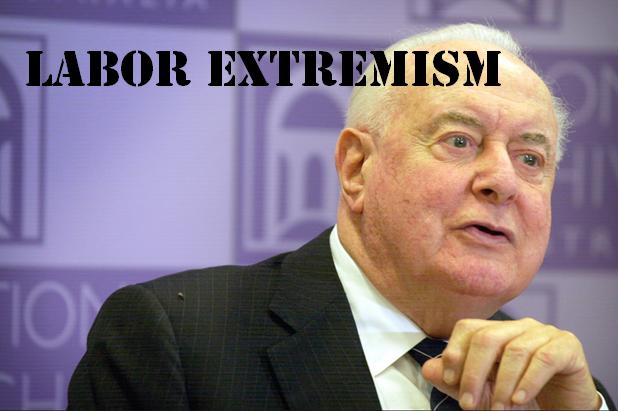 “As a globalist, I always had absolute hate for White Australia. I was profoundly embarrassed by it and did all I could to undermine it.”