Appalled at our current OneWorldist government, individual nationalists can help curb the illegal invasion.  The illegal tide is insipid, daily, unrelenting, frightening, yet formally deliberate and perpetuated globally by naïve OneWorldist governments and their cloistered politicians.  Australia, like American and Canada, as a hard fought western nation has fallen victim to this scourge. 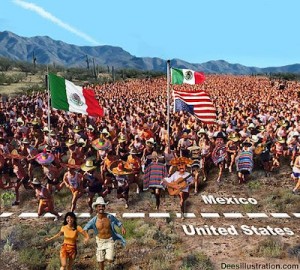 Opportunity taken to reap another’s wealth by trespass is ‘Invasion’

It matters not what country you are in for you to have a right to stop foreigners taking over.  If your government is accommodating foreigners to the detriment of locals allowing the taking of local jobs, local housing, local childcare and school places and driving up the local cost of living, then government has imposed a crisis of local rights.

A Crisis of Local Rights manifests when locals are subject to a foreign invasion problem at institutional State level that undermines local way of life, rights and freedoms. 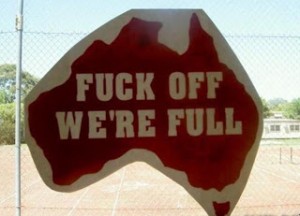 Globally, locals of all origins are rooted in their sense of home soil, ingrained such that home rights extend to defend family, property, soil and National home, using what ever God given tools and language they can muster!

When one’s government is so prejudiced toward foreigners, that Nation subjugates itself to being Borderless and so like the fate of so many a proud Highland Scottish Clan of the 18th Century, cast out overtrodden as an ‘outlawed, lawless and landless clan’.

When national rulers betray the rights of the local People to foreigners – uncontrolled immigration, foreign sale local lands, resources, industry, and political power – the nation becomes a Subjugated Nation and its People become subject to Sovereign Betrayal.  It rips out the heart and soul of a national family’s sense of tenure, home and belonging. Locals become enslaved to foreign will.

When a Nation’s rulers turn against the Nation’s People, and proceed to prejudiciously embrace foreigners detrimental to the will of locals, frankly in the old days such traitorship was tried for treason and duly hung.

Democratic governments these days have enshrined in themselves more power than the loyal kingdoms of old.  Government structures these days are far more complex, and self-protected by laws and once elected become so much more powerful over the people.

So what chance do ordinary locals have to legally stop the foreign invasion at an individual level?

Well individual locals can act simply by everything they do: 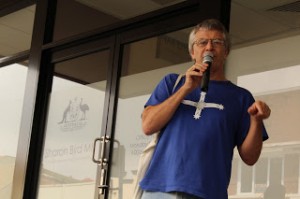 But don’t risk reprisal sanctions by the naive pro-foreign government bureaucracy.  Just simply say to each foreign encounter that they don’t meet your criteria.

Choose a local citizen first, even if they need to be skills trained, so long as their heart is in the right place. Do not deny a local an opportunity to earn, for every time you choose a foreign option irrespective of its quality and price, you condemn the ability of locals to thrive and instead only feed the foreign invasion. 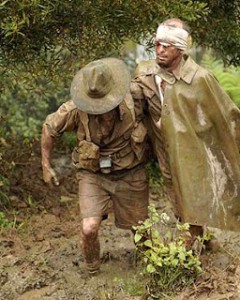 One’s great uncle in a brave Australian infantry charge on the German’s position at Montbeham didn’t die for nothing on ‘5-10-1918’ – just a bloody month shy of Armitice.

A respect for a nation’s history is vital to understand and respect a nation’s people and their heritage and struggles.

It is called forth by the One Worldism chaos into which Australia is plunging.  Australia First is charged to direct action and to construct policy to restore Australian sovereignty, rights and to restore the freedom of of our forebears under Traditional Australia.

We fight today within the logic and structures of the current system, but we also know that to free Australia and to better the lives of our People, the party must embrace the principle of the historical great social Promise of Australia, a free land of free men and women enjoying the fruits of their labour and exercising their democratic power directly.

The goal and the idea set forth by the pioneers and founders and defenders of our land, is a trust and our party struggles to actualize the Promise as the reward of all.

The Australia First Party has the mantle of strength conferred of a historical mission. It tells us that the men and women who live for this mission are of the same mettle as those from our past. They will fight for the true cause of Australian Independence and they will surmount all obstacles – and win victory!’