India’s capital New Delhi has become the rape capital of the world and it’s getting worse.

New Delhi’s annual rape statistics are over 650, and in Mumbai it’s about 200, followed by about 100 a year in the city of Jabalpur.  India’s National Crime Records Bureau showed that between 1953 and 2011, rape incidents have escalated by 873 percent, with more recent rape statistics between 2007 and 2011 showing a 9.7 per cent rise.

In 2010, across Indian states, Madhya Pradesh reported the highest number of rapes, some 3,135 incidents, followed by West Bengal where 2,311 cases were reported last year.
Assam, Maharashtra, Uttar Pradesh and Andhra Pradesh reported 1,721, 1,599, 1,563 and 1,362 cases respectively.  There were 1,012 incidents of rape in Indian provinces of Chhattisgarh, 1,025 in Orissa and 795 in Bihar.  According to government statistics, 23 per cent of rape cases in these urban areas took place in Delhi and 10.8 per cent in Mumbai.

What is it with Indian men?

This week police in New Delhi arrested two Indian men in connection with the brutal gangrape of a Delhi medical student inside a moving bus.  The police arrested the prime accused in the case identified as Ram Singh, who is the regular driver of the bus in which the crime was committed. Ram Singh’s brother Mukesh was also arrested by the police.

According to the police, when the incident occurred on Sunday night, the brother of the prime accused was driving the bus while Ram Singh and four others were all drinking and having a party inside it. They then decided to make some extra money on an off day, and that was when they found the victim with her male friend.

The victim, a paramedical student, and her friend had boarded an auto from Select Citywalk mall in Saket after watching a movie, following which they took the chartered private bus at Munirka to go to Dwarka.

Inside the bus, they were surrounded by seven men who were already inside the bus, and then the boy was beaten and the girl raped. The couple were then thrown out of the bus near the Mahipalpur flyover, just yards away was a police van.

As many as six people have been detained by the police till now.

This is how India looks after its women.  Nice. 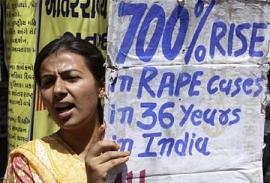 So all the fuss that Indians caused a few years’ back when guest Indian students were being bashed in Australians cities of Melbourne and Sydney, pales in comparison.   The Indian media went nuts accusing Australians of racism.  Bollywood’s largest labour union declared that its members would refuse to work in Australia until attacks on Indian students there are stopped.  No problem with that.

In 2010, Federation of Indian Students in Australia (FISA) claimed that 30,000 Indian students have left Australia in the last year due to ‘race attacks’.    Except the facts are though that many Indians students were being bashed by their own kind: Indian thugs out in Australia.

Lack of work and the high Australian dollar were major deterrents, but FISA stuck to its racist line.  Why let the truth get in the way of self-serving racist propaganda?

The truth is that barbaric patriarchal cultures like India’s which condone the torture, rape and killing of women are abhorrent and incompatible with Australia’s western Christian civilised values.    Barbaric cultures like those of India, Mali, Democratic Republic of Congo, Yemen, Afghanistan and Chad, which rate as the worst nations for their treatment of women, have no place in civilised nations like Australia.

Keeping barbaric bastards out of Australia is not racist.  It is virtuous.

Nations which score the highest for offering women the most expansive rights and the best quality of life, like Iceland, Sweden, Canada, Denmark and Finland; well different story, and Australia can learn from their better standards.

The only reason Australia is not ranked in the top five for women’s rights is: 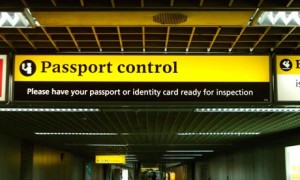