Skip to content
Australia’s Attorney General Nicola Roxon’s anti-discrimination bill should be shelved. It is a draconian anti-speech censorship law to quell dissent against the crooked, desperate Labor Party – which has long gone viral.
It is straight out of North Korea:   I’m OFFENDED… so prove me wrong!
Here are some free speech comments from readers of The Australian newspaper January 23, 2013, which if Roxon’s Censorship bill gets up, could see them sued in future for so-called ‘offending’.

ON November 21, 1994, Maurice Byers, a former commonwealth solicitor-general, wrote an opinion for The Australian on the racial hatred legislation arguing it may be unconstitutional since it offended the implied freedom of political communication (“Free speech a certain casualty of race law”) .

It is simply astounding, and somewhat sinister, that a law built on such shaky foundations has been allowed to remain on the statute book for so long, let alone that the government should propose its extension.

Attorney-General Nicola Roxon’s proposed bill provides the opportunity to protect human rights by updating section 18C of the Racial Discrimination Act to reflect the law on the implied freedom of political communication or, better, scrap it.

I suggest an opposition amendment that says subsection 18C shall be invalid to the extent that it burdens political communication protected by the Constitution beyond that which the Constitution allows.

Who would want to administer an old law, or pass new laws, that breach the Constitution? What opposition would refuse to introduce such an amendment and what government would oppose it?

If this legislation passes, our rights to freely express opinions will be restrained. Bad government actions will stand uncriticised and their weaknesses pass unnoticed.

Reading Roxon’s defence of this legislation, one could conclude that she prefers government decisions to be hidden from media scrutiny and Australian citizens be kept in the dark. As she has apparently forgotten, I remind Roxon that politicians are elected to serve Australians and this can only be achieved if decisions are fully exposed to wide criticism and debate.

GILLIAN Triggs minimises the controversial aspect of the proposed anti-discrimination bill (“Tweaking the draft bill could preserve core reforms”, 22/1). The bill is controversial because it enshrines politically correct legislation that threatens free speech at a time when Australians are expressing opposition to such politically loaded and unnecessary restraints, and calling for their repeal. It is also controversial because it makes it easier for complainants to pursue dubious claims at the expense of others.

THERE are so many disturbing aspects of Gillian Triggs’s defence of the Human Rights and Anti-Discrimination Bill that it is difficult to know where to begin. The storm of debate does not, as she suggests, reflect robust democracy. It illustrates the intellectual chasm between the bill’s progenitors and the public whose behaviour they wish to control.

Anti-discrimination law was originally designed to protect people from less favourable treatment in areas of life considered critical to their well-being such as employment, housing and finance. This bill places the state as the arbiter of acceptable opinion.

NICOLA Roxon must have won her law degree in a raffle. She doesn’t seem to know that one of the few proper roles of government is to protect people’s rights, not take them away. The proposed bill does the opposite. It takes away the right to free speech while bestowing a “right” not to be offended. To make things worse, the onus of proof is reversed. I doubt if Monty Python could have thought this one up. 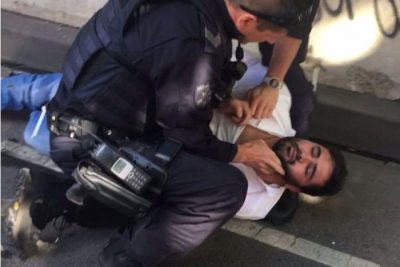 Islamopologists: another islamic terror attack in Melbourne for mistreatment of an islamic in Adelaide 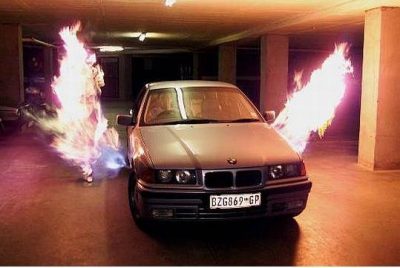