It was all about Gough’s personal penchant for white-anting White Australia of Whites through the socialist cult of multiculturalism.   Aside from Aboriginal and Torres Strait Islander Australia, Australia was 99% White before Gough.  It is now 80% White.

Despite these facts, Whitlam was in denial about Australia’s white heritage and he personally rejected White rights.  He infamously stated: “I was profoundly embarrassed by it (the White Australia Policy) and did all I could to change it.”

Whitlam was all about undoing Australia’s history.  He was embarrassed about it. 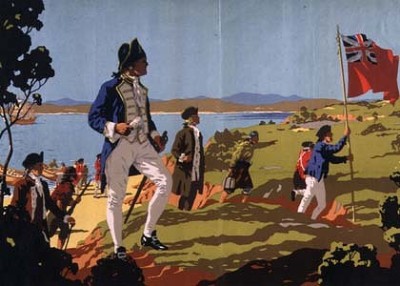 Whitlam was an anti White Australia bigot.  He was divisive and one he secured power as PM he abused his power by legislating over the majority White Australians.  Between 1972 and 1975 while he was in office, he bullied his own arrogant self-interest around and effectively white-anted White Australia.

One key tactic Whitlam deployed was to unilaterally decree his Racial Discrimination Act 1975 against White Australians.   Section 18C of that Act is particularly pompous and authoritarian.  It serves to continually deny the freedom of speech and criticism by White Australians of the immigrant menace.  It reads as follows:

(1)  It is unlawful for a person to do an act, otherwise than in private, if:

(a)  the act is reasonably likely, in all the circumstances, to offend, insult, humiliate or intimidate another person or a group of people; and

(b)  the act is done because of the race, colour or national or ethnic origin of the other person or of some or all of the people in the group.

Not one White Australian has ever been successful in prosecuting this Act relying on this section, because it was intended and worded for nonWhites.  That is why a nonWhite is the commissioner defending it and propagating it.

Whitlam was a traitor to our Australian nation.  Whitlam should have been born Chinese in China.  He would have been happier and stayed up there in power longer.

Many Australians were indeed offended, insulted, and humiliated by Whitlam and his agenda.  Whitlam was undemocratic, financially reckless and ran out of money, so that is why, in Australia, he was democratically dismissed. Under the democratically installed Constitution, Sir John Kerr as Governor-General, had both the democratic authority and the duty to dismiss the Whitlam Labor Government because it could not obtain supply.

Bob Hawke then in the 1980s set up his Office of Multicultural Affairs to impose multicultural policy upon White Australians.  Hawke was arrogant too and he got summarily dismissed democratically. Comrade Hawkie’s made about 100 “retirement” trips to China on his taxpayer funded Life Gold Pass.

Australians shouldn’t have to put up with Whitlam’s anti-Australian legacy.  It is 2015.  Repeal Whitlam’ s divisive Racial Discrimination Act from forty years ago.

Australians First in our own country!