The Netherlands, where six per cent of the population is now Muslim, is scrapping multiculturalism:

“The Dutch government says it will abandon the long-standing model of multiculturalism that has encouraged Muslim immigrants to create a parallel society within the Netherlands.”

“A more obligatory integration is justified because the government also demands that from its own citizens. It is necessary because otherwise the society gradually grows apart and eventually no one feels at home anymore in the Netherlands…”

The new integration policy will place more demands on immigrants. For example, immigrants will be required to learn the Dutch language, and the government will take a tougher approach to immigrants to ignore Dutch values or disobey Dutch law.

More specifically, the government will impose a ban on face-covering Islamic burqas as of January 1, 2013.

Holland has done that whole liberal thing, and realised – maybe too late – that creating a nation of tribes will kill the nation itself. Australia’s future may well be read here. 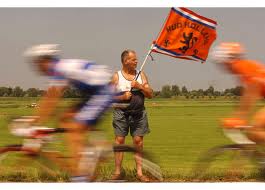