Risk getting into a taxi in Sydney and what do you typically find behind the wheel – a foreigner with some accent.  Why?    Aren’t locals born in Sydney best to know local streets?

Getting into a Sydney taxi has become an ethnic experience imposed on Sydneysiders by Foreign Labor Immigration policy.

And so Mohamed Sabra (34) of ethnic South Western Sydney’s Bexley got a job as a taxi driver.  Mohamed got really good at taxi driving, so Mohamed set up ‘Mohamed Sabra’ as his own limousine business deep in Sydney’s south west heartland Rockdale.  Why not name a business after yourself?

So back in  2008 when one day a group of teenage Australian girls in Bondi trusted and booked his limousine service to safely pick them up from an end-of-year party, Mohamed saw his opportunity.

Mohamed picked up one of the girls late after the Bondi party and promised that she could ride to his next appointment to pick up rap star Kanye West.

Mohamed then plied her with alcohol.  After falling asleep on a back seat, the girl awoke to find Mohamed fondling her breasts and performing oral sex on her.

Mohamed later pleading guilty to not one but to three counts of aggravated sexual assault with a victim under the age of 16, and so on 11th February 2009 was sentenced by Sydney’s Downing Centre District Court to two years and nine months’ jail.

He needs to be deported to serve time in gaol in his country of origin.

Why should our gaols be full of foreign crims?

Australians taxpayers should not have to fund foreign crims? 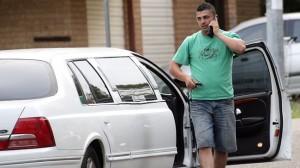