“The hypocrisy of Labor dispatching its Emily’s List sweethearts Penny Wong and Catherine King to tear down one of the few women in the Abbott ministry made last week’s Senate Estimates hearings compulsory viewing.

Assistant Health Minister Fiona Nash, under siege over a Department of Health food rating website she had ordered taken down, got the full treatment from Labor’s feminist punishers.

She was grilled, niggled, berated and rudely interrupted until she finally snapped at Wong: “What would be better would be if you were not asking the same questions 10 times trying to get different answers.”

So much for the sisterhood. 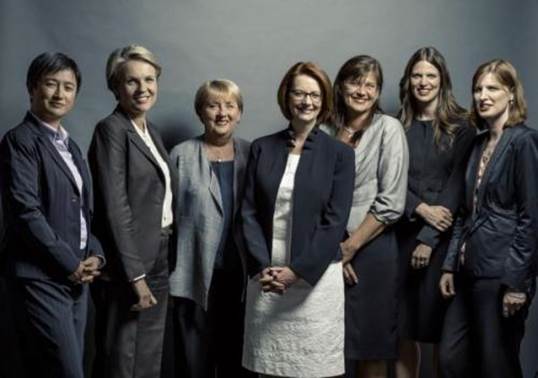 But of course this is as it should be. Now that we are free of an incompetent government hiding behind a misogyny myth to save itself from scrutiny, let’s hope women can go back to doing their jobs as people, and not be judged differently because they lack a Y chromosome.

There is nothing more debilitating than having your career defined by your sex or even your choice of sexual partner. These things belong in the private realm and are irrelevant to career performance, yet feminists are obsessed by them.

As it turned out, Nash, a 48-year-old farmer and mother of two from Young, gave as good as she got was composed in the face of this beat-up.

Her chief of staff, Alastair Furnival, had been ruthlessly sacrificed in the hope it would cauterise the issue. He has been portrayed as an evil agent of junk food because he once worked as an economist for Cadbury, and had owned with his wife a lobbying company which used to do work for food industry clients, and does so no longer. Oh, and he once rode a bike with Tony Abbott in the annual Pollie Pedal charity event.

For these transgressions, the story was beaten up into a scandal worthy of Craig Thomson. If that’s the worst the government has done, we are in good hands.

The fact is the Health Star Rating food rating website Nash kiboshed was another Labor thought bubble. Like Fuel Watch and Grocery Watch, it was an expensive sham that pretended to perform miracles.

How is a website going stop people putting fattening food in their mouths? It’s no secret that eating sugar all day is bad for you. Wolfing down Big Macs and chocolate thickshakes every day will make you obese.

Anyway, smart phone apps such as My Fitness Pal are streets ahead of any government website in providing real-time nutritional information at minimal cost.

Users can see how many grams of sugar or salt are in each morsel, and the apps help them alter their behaviour accordingly.

That’s the hard part — the self-control — and no amount of taxpayer money can buy that.

If the Health Department is hellbent on spending money on nutritional public education, it would be far better to undo the damage done during the mad anti-fat campaign.

Sugar is the real culprit and fat-free food often is packed with sugar to make it taste better.

By all reports the star rating website, which was live for just 24 hours before Nash canned it, was a debacle, with Chiko Rolls deemed healthier than water, fruit and vegetables.

The real story is how an unelected official in the Department of Health defied repeated orders from the minister and her chief of staff not to power up the website.

In December, Nash made it clear she wanted the website delayed until it was at least subjected to a cost-benefit analysis. But on February 5, it went live, in defiance of her wishes.

Last week she told Senate Estimates the bureaucrat in charge of the website, Kathy Dennis, assistant secretary of Healthy Living and Food Policy, refused repeated demands from Nash’s office to take it down.

There is no place for that kind of insubordination in the public service.

The time for insubordination, if there ever was one, would have been when the Rudd-Gillard governments were implementing such schemes for pink batts, school halls and the NBN.

A catastrophe for every thought bubble. Yet we are supposed to believe the scandal is when a bubble bursts. 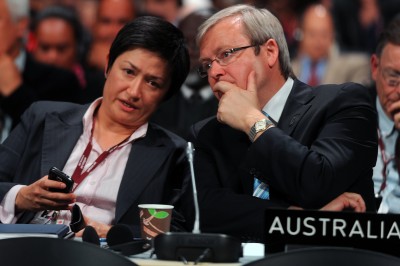 Penny Wong tactically pliable toward the leader of the moment.