The Foreign Investment Review Board (the FIRB) is supposed to examine proposals by foreign persons to invest in Australia and makes recommendations to the Treasurer on those subject to the Foreign Acquisitions and Takeovers Act 1975 and Australia’s foreign investment policy.

Except it lets every single foreign purchase of Australian property go through. 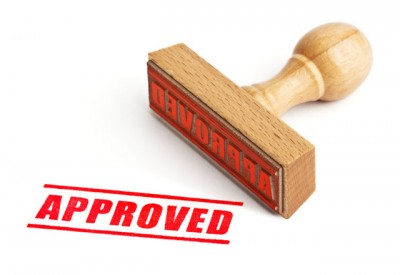 “Australian real estate is being marketed and sold exclusively to foreign investors — including Chinese millionaires — with local buyers not even aware the properties in question are up for sale.

At the upper end of the fixed-home market, prestige Sydney property agency Simeon Manners — which says it has sold more than $100 million of Sydney property to “China’s most astute buyers and investors” — operates a sales site that cannot be accessed from within Australia.

Director Mark Manners said many of the listings on the site – http://sydneyluxuryproperty.com/  — could only be accessed from a foreign IP address and were private or off-market listings placed on behalf of owners who
wanted a discreet sale to a foreign purchaser.

Simeon Manners is just one of a swag of firms offering Australian fixed housing to foreign buyers. Under Foreign Investment Review Board restrictions, the agents are not breaking the law but the buyers potentially are.

Adelaide firm DG Real Estate’s Simon Hou said his firm sold many properties – including a $4.2m mansion in the upmarket suburb of Unley — to wealthy mainland Chinese investors and had not had the FIRB reject an ­approval in recent years.

It is estimated that Chinese buyers spent $5.9 billion on Australian real estate last year, in a market worth $270bn.

The head of China-based online property portal juwai.com, Andrew Taylor, told *The Australian* there were Australian developers “who have been marketing properties exclusively in China and Asia for years”.

“There are vendors who don’t really want to put their home on the market but have a magic number that they would be willing to sell at (who) often put their homes online without listing them in Australia,” he said.

“That way they have exposure to the Chinese buyer without having to put up a sign board and do open-for-inspections.”

Juwai is a marketing site only, and is not directly involved in the sale of properties. 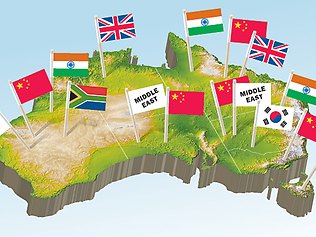 The latest revelation of regulatory failure in Australia’s foreign-investment regime comes as federal Labor MP Kelvin Thomson has labelled the FIRB “naive” and unwilling to prevent illegal foreign investment in established homes, even though it is pricing young
Australians out of housing.

Mr Thomson’s comments came after The Australian revealed that the FIRB had not prosecuted a single foreign investor since 2010, despite a surge in offshore investment into Australian established property, which is unlawful in all but a narrow range of circumstances.

According to  Stephen Grenville in the Business Spectator yesterday, last year Glencore (a commodity producer and trader with sales of $250 billion) took over Xstrata, our largest coal miner (and itself already foreign-owned). The transaction was so large (the fifth-largest in the global history of gigantic resource take-overs) and important for world commodity trade that it needed to pass the scrutiny of competition authorities in South Africa and China. The Europeans required Glencore to unwind its relationship with a zinc company and the Chinese required divestiture of its Peruvian copper assets (giving China the opportunity to acquire these assets).

Australia didn’t require anything.
It’s hard to find any record that the Foreign Investment Review Board gave this matter substantive scrutiny, while the Australian Competition and Consumer Commission saw no problems within its remit. This is despite Glencore’s reputation as an aggressive tax minimiser, its reputation for underhand dealings, its lack of transparency reflecting its Swiss domicile and its dominant position in segments of global commodity trade. Glencore itself says the transaction will allow it to “capture value at every stage of the supply chain from sourcing raw materials deep underground to delivering products to an international customer base”.

Why not require foreign investors to provide the same degree of detailed public transparency required of Australian-domicile companies?

Australia allows foreign investment in off-the-plan housing to boost supply but, aside from temporary residents, foreigners cannot buy established houses. Temporary residents are obliged to sell houses when they leave, but there is no evidence that this is occurring or being enforced.

The latest loophole on foreign-only sales was exposed in a recent parliamentary committee hearing in which FIRB officials admitted there were no requirements for developments of less than 100 units to be offered to local buyers, effectively allowing offshore-only sales channels to develop.

Juwai has calculated that Chinese investors accounted for $1 out of every $46 spent on real estate in Australia last year.

Mr Taylor said the China-only sales route was “especially common with vendors who may have overcapitalised with renovations or want more than the current market value”.

Mr Thomson said unlawful foreign investment in fixed housing was driving up prices at all levels, not just the top end. It was pricing young Australians out of home ownership and tougher penalties and enforcement were needed.

“I believe the FIRB is naive, under-resourced and doesn’t actually regard it as its mission to maintain Australian ownership of Australian real estate,’’ he said. “Young Australians who can’t afford to buy houses are the silent victims of its neglect and indifference.”

Family First’s Victorian director Ashley Fenn also expressed concerns about the revelations, saying foreign investors “ignore the laws in place as they have become aware there is no real monitoring of foreign investment and there is no significant consequence for breaching the laws”.

The chairwoman of the economics committee conducting the inquiry, Liberal MP Kelly O’Dwyer, probed FIRB officials on the enforcement failings during the recent committee hearing, telling The Australian yesterday, “ if you can’t enforce (the rules) you have to wonder whether people are going to follow them”.

The Foreign Investment Review Board is sham and needs to be wound up.