Pauline Hanson reckons:  “It’s OK to be White“…but also that “You don’t have to be White to be Australian“.  So desperate and confused Pauline lives by her credo?

Born in June 1986 in India and coming to Australia as an overseas student in February 2007, Nikhil Aai Reddy (his real name) is the Pauline Hanson’s One Nation (PHON) candidate for Petrie. Why?  The Indian vote.  There are over 6000 Indians in the region.  Petrie comprises Brisbane swelling megalopolis northern suburbs around coastal Moreton Bay and Deception Bay.

Yeah well, Reddy is a classic backdoor migrant, arriving in Australia on a student visa in 2007, paying upfront cash to Ballaarat University to do a course in IT, then applied for a work visa and then permanent visa.  Cash strapped tertiary colleges and universities around Australia are functionally wholly dependent on foreign student cash to remain viable, so Reddy (source of cash) was accepted once he showed his suitcase of rupee.

So he’s more than got his money back from his cash immigration payment.

And look what’s since invaded Ballaarat…

It would seem Mr. Reddy is the living example of Hanson’s credo spoken widely now over the last two plus years: ‘you don’t have to be white to be an Australian’.  Well over fish and chips, she’s tried all the Aussie fare, then unsuccessfully experimented with Vietnamese, and now she’s trying out the Indian. 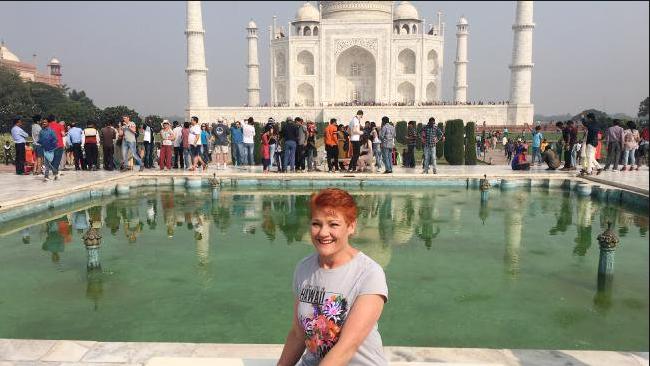 It is said of Reddy, he believes in nationalism (Indian or Australian?) and feels that Australians and Australian companies should take priority over temporary migrants and multinational companies.

Reddy reckons that now that he scammed citizenship, without an ounce of contrition that:

“Immigration should be sustainable rather than untenable. Government at all levels have failed to address the needs of growing population. This puts immense pressure on hospitals, schools, transport and infrastructure. With the increasing population; it is hard to secure a seat in state schools and same is the case for receiving treatment in our hospitals. Federal funding has to be provided for improving the health facilities and education opportunities.”

His kids are benefiting from hospitals, schools, transport and infrastructure.

Reasonably is follows that Pauline’s definition of Australian nationalism is a civic one; that immigration numbers only are the ‘problem’ (sic).

The open stand of PHON is to be welcomed.

As we have repeated: Australia First is not a ‘version’ of One Nation. Battle on. 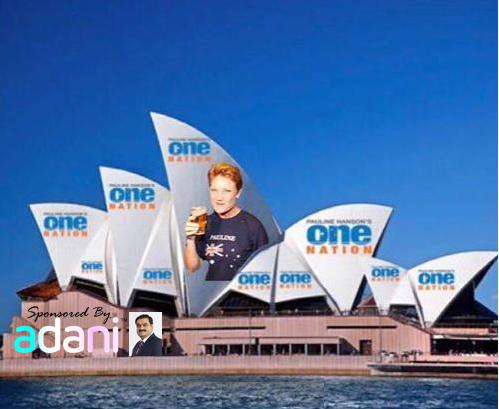