Labor’s immigration department has vastly underestimated the number of asylum seekers expected to arrive in Australia this financial year, with up to 25,000 now expected – almost five times more than initial forecasts.

Last year, the immigration department estimated just 5400 asylum seekers would arrive in Australia in 2012-13, before being forced to revise it up to 13,200 at the mid-financial year estimates in February.

But immigration department secretary Martin Bowles told a budget estimates hearing on Monday that more than 22,500 had arrived in the 2012-13 financial year so far, about 2200 a month. 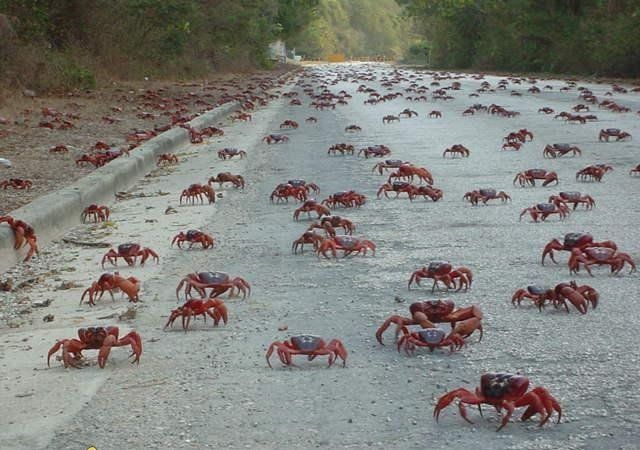 But Hanson (Floodgate) Young knew the scale of the looming Third World invasion all along.   Australians are now paying billions for her selfish OneWorldist ideology to invite the world’s poor to take over Australia.   Now needy Australians are missing out on critical government services (vital surgery, housing) because the Australian Government has gone broke catering for the flood of foreigners.

These are not asylum seekers fleeing persecution to the first country they arrive in.  They are economic migrants paying prepaid charters to people smugglers to transit via multiple countries to arrive ultimately and only in Australia for the good life.  It is illegal queue jumping immigration wholly and solely.

Worldwide, there was a growing refugee problem, with about 45 million displaced people, two million asylum seekers and 15 million refugees.  Hanson (Floodgate) Young is well aware and is bribing Labor to maintain open door border policy and global marketing to invited as many as possible.

She wants Australia to become the welfare melting pot for the world’s breeding Third World and be overrun. 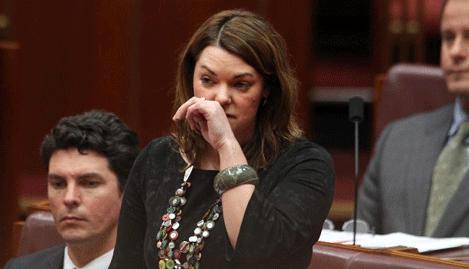 She labels offshore processing as “punitive”.  She labels detention as “punitive”.  She wants auto-community resettlement and full CentreLink welfare gifted to all and sundry who arrive.  The volume of illegals is beyond Australia’s capacity, with detention centres overflowing, with some escaping and on the run and new arrivals simply freed into Australian urban streets.  Labor calls it “community detention”.

So now we are seeing illegals concentrated in slum conditions in each of Australia’s capital cities.

Because Gillard Foreign Labor has run out of money to house the illegals, her Immigration Department secretary Martin Bowles has released thousands into Australian urban communities on bridging visas, saving the government 20 per cent per individual, and hand-balling Labor’s federal immigration responsibility and problem to the States and local governments.

Labor has let loosed about 300 into the community on its new bridging visas, to receive the dole for up to five years, while Immigration deals with the tens of thousands in backlogged asylum claims processing.

A growing underclass of 100,000 illegals now lives on CentreLink payments and taking over the resources of Australian charities.

Charities say they are being forced to pick up the cost of caring for people in the community, with many asylum seekers unable to pay for rent, essential medication, utilities and food.   Charities are complaining that they are unable to cope with the rising tide of impoverished illegals clambering at their centres.

In Dandenong in outer eastern Melbourne, the volume and concentration of brown illegals from Sri Lanka and Afghanistan had to close its doors to new “clients” after being swamped.

Dandenong is fast becoming a scum slum.  They live in garages with no toilet.  Crime is on the rise as the desperates are forced to steal food and clothing.  There had been 17 incidents of ”possible criminal conduct” involving illegals on bridging visas. 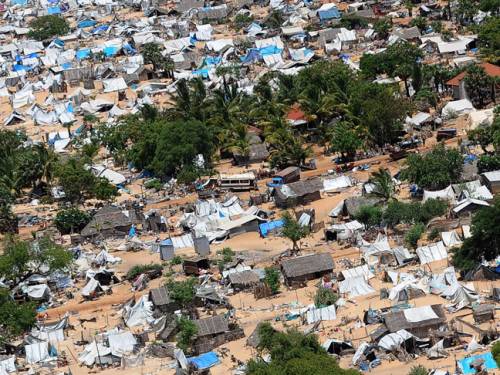