Leftist ABC’s July 26 televising of its 4Corners programme episode ‘Australia’s Shame‘ has unleashed the shallow hypocritical values of our current herd of politicians, as well as the arrogant premise by the ABC and their like-minded talking heads that they should be, or more correctly think that they are actually running this country. 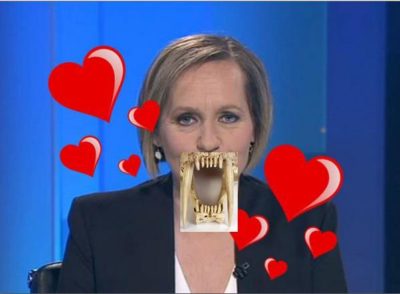 “As the ABC, we selectively publicise stories sent us from Labor’s Propaganda Unit

The losers in this disgraceful display of grandstanding by all participants are of course the mainstream aboriginals who for the most part try to fit in with who we all are: AUSTRALIANS!

Maybe someone should ask “genuine aboriginals” how they feel about “white” aboriginal criminals and parasites bringing their communities into disrepute, and whether or not traditional aboriginal punishment should be imposed if these persons still claim to be aboriginal.

The most glaring example of racism here is displayed by both the “children” and the “Aboriginal” spokespeople who for the most part appear to be white, which of course is racism at its worst where someone is claiming to be something else for some personal agenda, and:……………..at what point is someone white or black for the want of a better word?

Conveniently and immorally, Australia’s taxpayer-accountable national broadcaster, the ABC Board, chooses to turn its blind eye to violence against Aboriginal women being 80 times worse than in White Australia. 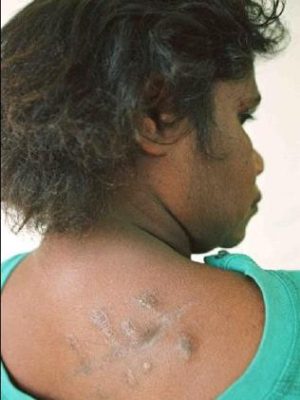 Read some Truth about Aboriginal Communities

The only person with any credibility here is Warren Mundine who sees the problem for what it is and calls for measures which will keep young vulnerable people out of crime in the first place.

And nobody has raised the most important question of all: why were these young men in detention?

One “child” was in detention for stealing a car and somehow infers that by being homeless is a valid excuse for doing so?

And the “spit hoods” and “mechanical chair”; will our fluffy commentators take responsibility for prison guards catching AIDS or some other disease by being spat on, and will those same guards be held responsible for a “child” causing self-harm or even suicide for failing to restrain that “child” when the above is seen as a likely outcome?

And was it just a peaceful game these “children” were playing while destroying the cells and threatening the actual guards charged with their care?

Nobody likes to see unruly treatment, and it must be monitored and looked at in context, and I do not believe these “children” were arrested while attending church, or while playing football or even school, so let’s turn the light on and look at the situation in honesty!

We have the media circus crying foul and saying that this man is not impartial which is another disgusting swipe at a person and also at an institution which is by its very structure a neutral body.

Martin quickly saw the writing, his abysmal record and resigned.

This deplorable situation has been brought about over many years by a left wing element in our country who have installed a “right to have everything for nothing” attitude and hatred towards White Australians by an otherwise peaceful and happy people who are now suffering as a whole for this blatant grab of power and control which is perpetuated by both sides of our unrepresentative political comedy show.

Trial by media can only be achieved when the elected representatives are too weak and self-centred to withstand scrutiny!

…The Leftist ABC and their minions deny youth violence could ever harm, rape, kill.  The Leftist cult evangelises the neo-liberal criminal justice utopia of rehabilitation over punishment, deterrence.

The Leftist cult always ignores the victims of crime, because extreme elements of the Left engage in crime, and so the Leftist pollies don’t want to be seen alienating their dial-a-feral support base.   The Leftist cult endorses hardcore Lefty drug trafficking crim in South America, one Jarvis Chimenes Pavao.

And in Australia, the Left want our government to roll out ICE amnesty injecting rooms.