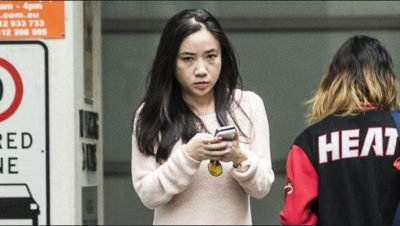 Such anti-Australian ethnics exploit Australia and hate Australians. There is no such animal as a chinese-Australian.  Clearly one is either one or the other, and it’s pretty obvious to tell the difference even at night.

Most of Australia’s crime is caused by ethnics.  Gaols across our country are dominated by them, but our treacherous politicians deliberately hide the alarming statistics. In the gaols ethnicities are segregated like apartheid otherwise there would be chaos.

Today for instance, Australia’s biggest drug bust in history had nabbed 1.2 tonnes of ICE worth $1 billion in Geraldton WA that was destined for Sydney to ruin tens of thousands of Ordinary Australian lives. The media have jointly reported misleadingly that the eight arrested and charged are all Australian nationals.  But it’s blatant fake news by leftard lying media.  The nabbed crims are all chinese who just hate Australians.  Here’s three of the yellow peril: 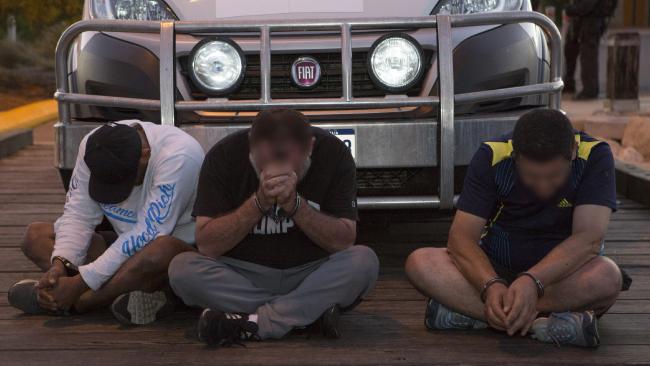 Here’s the drug haul in the van that unloaded a dodgy fishing vessel ‘Valkoista’ from China. 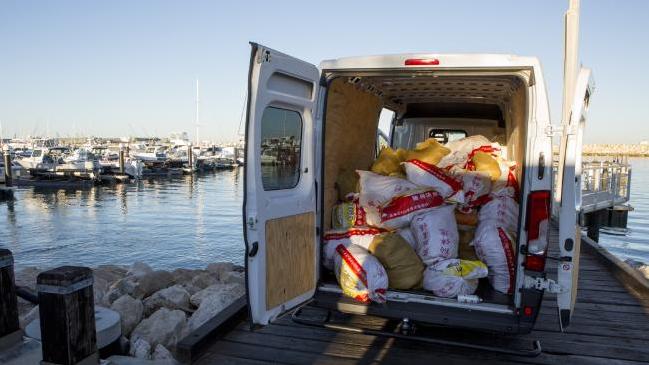 This is not the White Australia we mean

In May 2016 another Chinese trawler ‘Mega Profits II‘ was seized, after a Chinese and Malaysian syndicate used it to drop off 182 kilograms of ice on an isolated stretch of beach 110km south of Geraldton.  Mega time being served now.  But we shouldn’t have let the scum in in the first place.

In September 2015 WA police seized 321kg of crystal meth which had an estimated street value of $321 million, as well as $1.4 million in cash.  Four Hong Kong nationals were charged over the drug haul.

In March 2017, three chinese were arrested in Sydney and another two chinese at Yantian Port in Shenzhen in China caught attempting to smuggle over $100 million worth of ICE into Australia hidden amongst 2 tonne of cheap chinese grade steel.  The ICE was high grade methamphetamine.

They just hate us.

Kai Yip Cheung (a chinese) was gaoled in New Zealand for more than 15 years for smuggling 176kg of ICE into New Zealand.  In 2016 at age 19, Cheung entered NZ on a student visa for a three-month English course, but barely attended any of his classes and skipped his final exams. 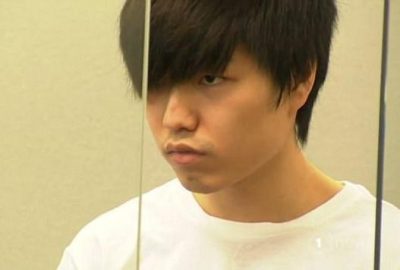 In February 2017, chinese student Yik To Ng (21) and Pak Cheong Cheung (different Cheung but still chinese), were both stung in Perth with 360kg of ICE. It had arrived by dodgy chinese fishing trawler from Hong Kong disguised as packets of Chinese tea and dropped on a beach near South Hedland in the far north of WA.  Both were connected to the Asian mafia syndicate.

A nearby worker commented that the warehouse grill was only opened when receiving containers, and four Asian men were often seen going in and out of the factory looking sus.  But typical sly media at the time reported that those arrested were not chinese but “a Blackburn man and a “Doncaster man” – fake news again, disguising the scale of chinese criminality in Australia.

Since November 2015, 8 tonnes of illicit substances, including crystal methamphetamine (ICE), have been confiscated by our authorities.  Still it is an epidemic.  in Melbourne, a $32 million court has been set up to try to get ICE addicts back on track by providing 2-year recovery programs.

In financial year 2017, Canberra let in 245,000 of which three-quartrers or 185,000 flooded overcrowded and unaffordable Melbourne and Sydney. The quad-coalition of growthists (Lib-Gnat-Greens-Labor) just hate us and are hell-bent on ruining Australia for our young generations.

Why are chinese studying in Australia anyway?  Most can’t speak Engrish and cheat.

And the bloody chinese are complaining about Australian universities being critical (factual) of China in the curriculum and teaching materials.  A lecturer at the University of Newcastle Australia described Taiwan as a country.  So commo-spy chinese students complained directly to the Chinese Communist Party.  The chinese consulate’s education counsellor in Sydney, Niu Wenqi, had urged the university to “act quickly” over the incident.

So the chinese come here and then try to censor Aussie free speech – “a threat to Australian openness” (Merriden Varrall in The New York Times).

Last August, an Australian National University academic warned students about cheating and posted it in both English and Chinese.  The chinese got all embarrassed and complained to the Chinese consulate.  The academic was forced to apologise, but the chinese students cheated anyway.

Last May, Monash University suspended a lecturer over a test question which suggested that Chinese officials told the truth only when “drunk or careless”. Chinese consulate totalitarian bullying again. 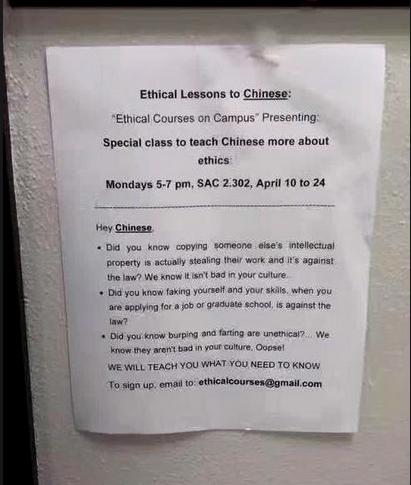 In arts faculties across Australian universities, it is routine to find lecturers undertaking the delicate balancing act of leading tutorial discussions involving students with different political viewpoints — students range from members of conservative political parties to Trotskyites, from feminists to anti-feminists, from neo-conservatives to anarcho-syndicalists and from religious students to radical deviant activists.

Both Australia’s national government and its security agency ASIO have expressed concerns over the influence that the Chinese government exerts on Chinese student groups studying at Australian universities. They have also accused Beijing of using those groups to spy on Chinese students in Australia.

Not surprising, chinese are not welcome by normal local students because they compete for student housing, cheat and plagiarise.  Increasingly at yellow-saturated campuses like the University of Sydney, the University of Melbourne and Monash University, posters and graffiti are prevalent –  “Kill Chinese” and “Entry into the campus of Chinese students should be strictly prohibited“. This innovative sign by the National Union of Students at Melbourne University in July 2017 attempted to restore the White campus status and weed out the yellow peril. 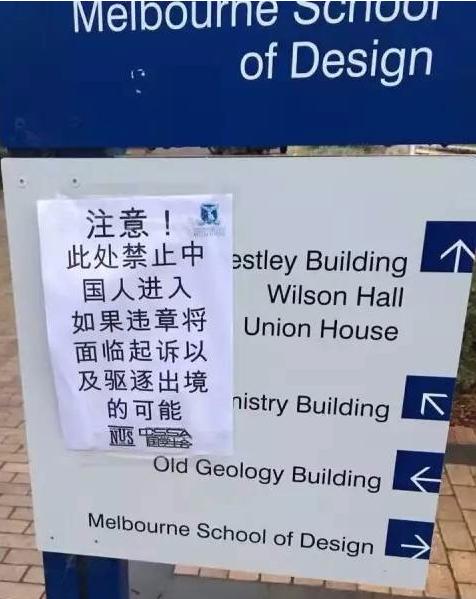 The sign in chinese reads: “Attention!  No Chinese are allowed within this area. If intrusion occurs, deportation will likely happen.”

It all contributes to the true White Australia cause. The chinese deserve it.

The Chinese embassy warned its compatriot students in Australia in a memo on its website:

“Recently, there has been many incidents where Chinese international students has been insulted and attacked. We remind all Chinese students studying in Australia to pay attention to safety precautions as they face a security risk while staying in Australia.”

So it’s working.  Bugger off chinese!

China has bought the NSW Labor Party like it has much of Australia’s prime agriculture.  Labor Opposition Leader Luke Foley in New South Wales is calling for censorship of free speech – only against White Australians of course.  Foley wants Aussie criticism of hateful muzzies and cheating chinese to be made a criminal offence.    He’s got his ear to Beijing.  Actually, Foley was there at communist invitation just last June. Chris Minns MP employs James Zhou executive vice-president of the Australian Council for the Promotion of Peaceful Reunification in China, a group that supports Taiwan becoming part of the communist-controlled mainland but most controversially backs Beijing’s ­territorial claims on the South China Sea.