Australian Quarantine’s biosecurity is as useless as tits on a bull.

AQIS employs ethnics as if they give a toss and look what’s happened.  The Asian prawn white spot outbreak decimating our own industry.  Citrus canker disease from Brazil ruining our limes, oranges, and grapefruit.  Check out Brazilian grapefruit.. 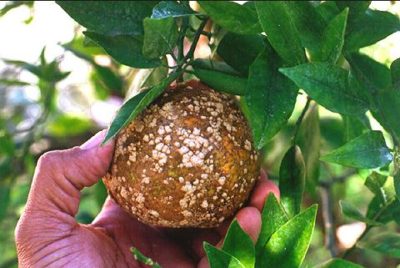 You think we’d be a wake up after all the rabbits, foxes, carp and cane toads.

Wake Up Canberra.  Your Incompetence is Destroying Australia!

Australia used to be renowned for being largely disease-free because of our wonderful tyranny of distance away from global crap.  But cheap imports, mass immigration and lax biosecurity have undermined our once envied clean disease-free status.  New Zealand holds that pedestal and rightly they defend it to the hilt.

Whereas leftard Canberra lets exotic pests and diseases now flood into Australia as if they not only don’t care, but hate Australia. They even invite Third Worlders in with all sorts of contagions like TB, whooping cough, monkey dengue fever, measles and Hepatitis A. 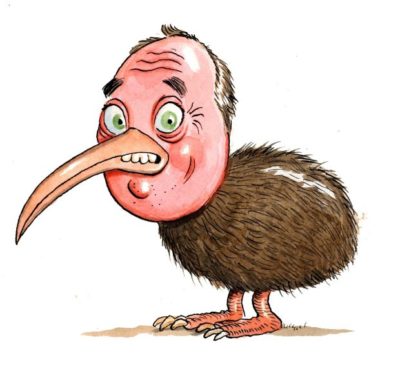 Turns out to be a Kiwi, no bloody wonder.

It’s almost got to the point of questioning why go into farming in Australia?  Your entire investment could be wiped out any time.

AQIS bureacrats have an excuse.  They call it the cost of providing an ‘Appropriate Level of Protection’ (ALOP).  So in 2016 ALOP let Australia’s $350 million local prawn industry be wiped out by letting Coles, Woolworths and Aldi greedily import cheap green prawns from contaminated Vietnam, China and Thailand.

Useless Quarantine this year has let in thousands of Chinese contaminated with the Hong Kong flu strain.  And Australians are dying in their dozens.

Third World China with its Third World standards has another summer outbreak of influenza – happens every other year.  This year the Straits Times in Singapore reports a serious influenza pandemic out of overcrowded Hong Kong.  Since May 2017, 205 adults and three children have died from the Hong King flu strain. 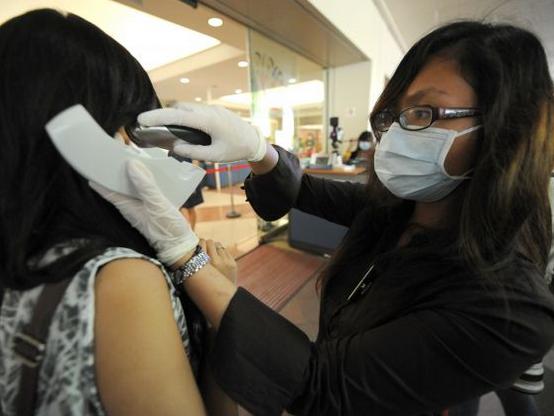 The Queen Mary Hospital in Hong Kong occupancy rate is above 100% with cases.   Director of Cluster Services of Hong Kong’s Hospital Authority, Dr Cheung Wai Lun, says that in the first two weeks of July “some 1,000 patients needed to be admitted to general medical wards of public hospitals every day.”

On Sunday July 23, 5,562 people turned up at the accident and emergency departments of mainstream public hospitals. Of those, 831 were warded, pushing up the occupancy rate to 110% of capacity.

Dr Paul Chan, a microbiologist at Chinese University, told SCMP that he believed the outbreak is partly because the flu vaccine given in November last year had started to expire.   Professor Chen Wei, chief of Yan Chai Hospital’s Chinese medicine service, told The Standard that the spike in flu cases this summer is related to the hot and humid weather, which causes heat and dampness in the body.

While top infectious diseases expert Yuen Kwok Yung, from the University of Hong Kong’s microbiology department, said that the dominant Influenza A H3N2 might have mutated in a such a way that vaccines used in the past two years have become ineffective. 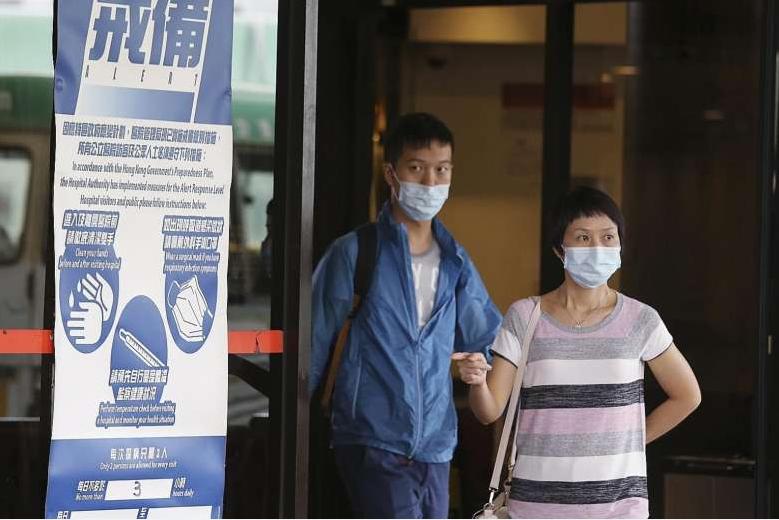 July 2017:  Notices at Queen Mary Hospital in Hong Kong alerting the public that the serious influenza pandemic response level has been activated.

“Historically, all the H3N2 mutations come from Hong Kong or South China. And they occur every few years … Everything hinges on the Hong Kong scientists to confirm or refute the presence of a new mutated virus” , adding that in cities where people live in close proximity, there could be “an unprecedented spread of a new novel virus”.

Vulnerable groups such as the elderly and young children are advised to see a doctor as soon as they fall sick, Dr Leung urged.

That was in July.

The flu has claimed the lives of six elderly people at the Strathdevon aged care facility at Latrobe, Tasmania between August 9 and 16.  Another seven elderly Australians aged between 70 and 94 died at Wangaratta’s St John’s Retirement Village in August, and a further 100 were left ill.

And both facilities employ Chinese labour.   Ironically the village in Wang is run by ‘Uniting AgeWell’. 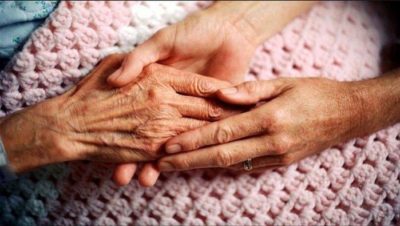 Aged Care in Australia is Deadly – if the Third World staff don’t kill you, their diseases will.

Despite 95% of residents receiving this year’s vaccination, 31 contracted the virus, because the Chinese health workers refused to take the flu shots.  Bloody anti-vaxxers!

Acting CEO Graeme Barnes said in a statement, “It has been the worst flu season witnessed across Australia and a very difficult time for people in aged care.”

In response to the outbreak, advocacy group the Immunisation Coalition has called for mandatory vaccination for all staff in aged care.

Now why was that not already mandatory?  She’ll be right. 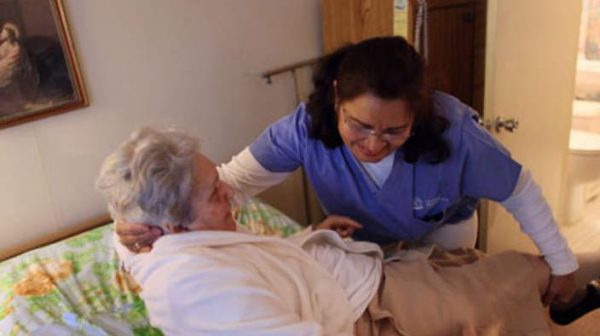 “Did you have a serve of Gan Guo last night luv?”

“Influenza vaccination of staff is the single best prevention from a disease that causes severe complications and death in vulnerable older persons.  Elderly people suffer from a declining immune system and vaccines are often ineffective in this group so it is of paramount importance to increase herd immunity around them.”

Male nurse Roger Kingsley Dean (not his real name – probably Hoo Flung Dung) burned to death eleven aged care patients in Opal Aged Care’s Quakers Hill Nursing Home (Sydney) on November 18, 2011.  No background checks were done on the Chinese.  He was a prescription drug addict.  That’s why he did nursing – to get unfettered access to his habit.  While working at another Sydney hospital he put screws into the tyres of his supervisor’s car and threw paint over it. He was sacked from his previous job working at a cheesecake shop.

Just before 5am on November 18, Dean used a colleague’s cigarette lighter to light a bed sheet on fire in two separate rooms at the nursing home.  “I’ll teach dem bastard oldies.” he said.

In Victoria in 2017 there have been more than 11,300 cases of influenza, with more expected. 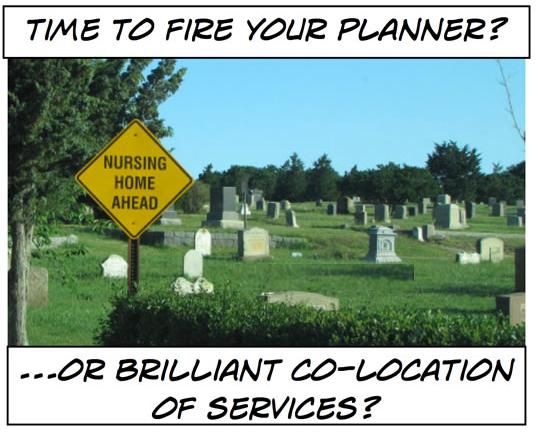 “We are at the peak of one of the worst flu seasons ever and the elderly are one of highest-risk groups,” Victorian chief health officer Dr Brett Sutton said on Friday.

“Influenza activity at the national level continued to increase this reporting fortnight with many surveillance systems at levels comparable to or exceeding the peak of the 2016 season.  High levels of influenza activity in the community are likely to continue for the next few weeks.
There has been almost two and a half times the number of laboratory confirmed notifications of influenza reported to the National Notifiable Diseases Surveillance System this year when compared with the same period last year.

Notification rates this year to date have been highest in adults aged 80 years or older, with a secondary peak in young children, aged 5 to 9 years.”

Yeah, thanks for that.

And what was the World health Organisation decided to also tell us this week? 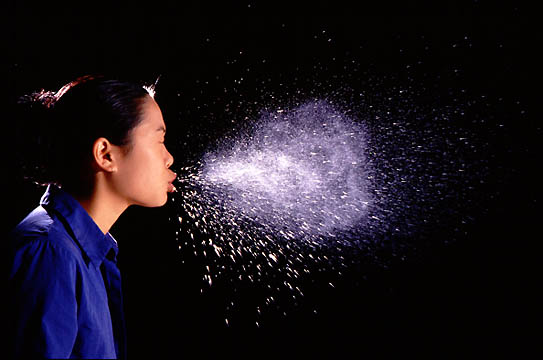