We all know that China is self-absorbed, imperialist, and can’t be trusted.  We are a wake up to Chinese spying and criminal exploitation of Australia’s resources. The Hague Ruling has found China has no right to the South China Sea and that it’s invasion of the Spratly and Paracel Islands is an illegal incursion, just like in Tibet.

“There was no evidence that China has historically exercised exclusive control over the waters or their resources.”

Philippine President Rodrigo Duterte has called for the South China Sea to be renamed the West Philippine Sea.  Sounds alright.

China is still Third World and recalcitrant like a cut serpent, like its backward bandit cousin, North Korea. 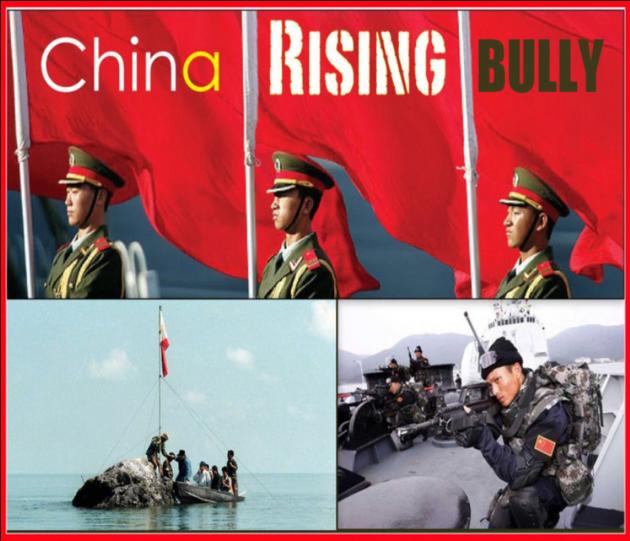 Everyone knows chinese are racists and biased towards their own.  Chinese only employ chinese.  China buys up our farms for food for chinese in China and wants to own and control our infrastructure.  Chinese swamp our shores in mass colonisation. They buy up our urban housing out-pricing local Aussies out of our own cities and they dump cheap dodgy imports on our domestic markets – asbestos cement board, poor insulated cabling, heavy metal seafood, poo berries, shoddy welded steel.  China calls it ‘One Belt, One Road’ – as long as it’s chinese.

Rules for some. Try buying property in China – a buyer must be registered resident of that city, must settle 100% within a month, and the purchase is not a title but just a right to use the land for 70 years.  As for free trade, ask the Kiwis’ about trying to sell chinese gooseberries back to the chinese.

The chinese spy ship Yuan Wang is in Fremantle port to spy on our SAS regiment. 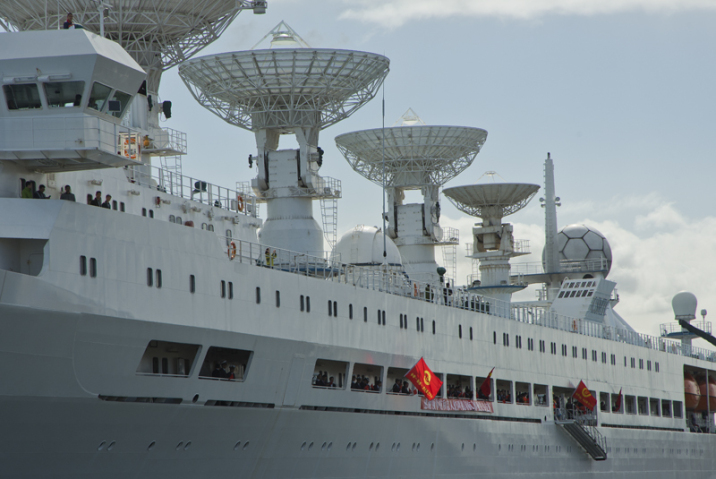 Chinese cyber spy ship ‘Yuan Wang 3’ has been spying on us in Fremantle since August.  Piss it off!

Australia needs to adopt a China Containment Policy, showing chinese and chinese enterprises in Australia the exit door. The short-sighted boffins in Canberra are the only fools blind to all this chinese imperialism.

Except then there’s CEO Greg Hywood at Fairfax Media, who is so desperate that he would sell his mother to keep his salary.

Times are tough at leftist Fairfax – full of globalist propaganda, or just no value ‘churnalism‘, copy-pasted from others, sales down year after year, mass sackings and massive losses.

Fairfax’s net profit after tax over the last five years:

Number of print copies circulated of the Sydney Morning Herald:

Hywood’s total salary and benefits (not including the current financial year) since taking charge:

Hywood reported an $890 million loss last year after a billion in write-downs and $63 million in compulsory redundancies.  All the decent journos have been booted, like Paddy Manning and Michael West.  Fairfax’s investigative business journalist Michael West was sacked two days after writing an article in the Sydney Morning Herald about “black money” from China. (We reproduce that article below for posterity).

The only ones left at the Sydney Morning Herald and The Age can’t write or spell.  Out in Fairfax’s bush rags, only leftie students are employed to spread its globalist agenda.  Not surprisingly, Fairfax Media’s share price has become a penny dreadful joke. 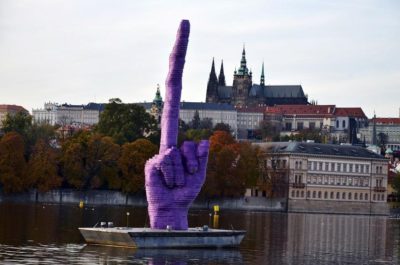 But when lefties are down, they resort to desperate measures, like copy-pasting China Daily communist propaganda and rebranding it ‘China Watch‘. More like ‘China Obey‘. 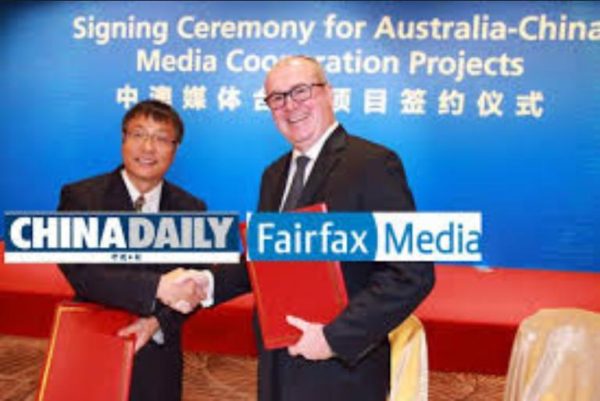 So Fairfax is going out telling porkies about China.  Did you know that communist dictator Xi Jinping is gay and taking hormone replacement and that China’s first space station, called ‘Heavenly Palace’ is out of control and going to crash somewhere next year.  So much for being a potent political symbol.  How Third World! 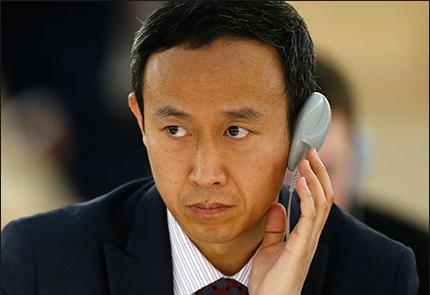 Zhang Yaojun:  “Must toe party rine.  We know where you riv.“

So as Australia’s leftist media struggles to flog its globalist propaganda down the throat of Australians, all perception of independence is being transparently replaced by yellow censored jibber.

It’s part of China’s $10 billion a year silk roading “soft power” imperialism.  While in China itself, the Communist Politburo’s Liu Qibao is head of the Propaganda Department of the Central Committee and controls all media.  He issues a daily list of forbidden topics. 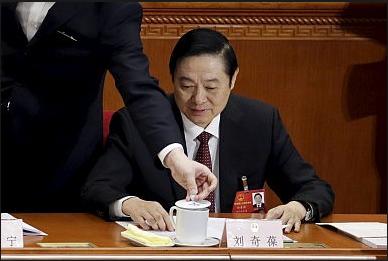 The article that got it’s author sacked at Fairfax:

May 11 2015, by Michael West, http://www.smh.com.au/business/comment-and-analysis/money-laundering-burden-yet-to-hit-property-market-20150510-ggy8c5.html

“The real estate industry has escaped compliance of the Anti-Money Laundering Act so far – but experts predict not for long.

Credit Suisse is forecasting $60 billion in new Chinese investment in Australia’s housing market over the next six years, more than double the $28 billion deluge of the past six years.

One question is: how much of this is “clean” money? The likely introduction of further money laundering legislation may crimp the flow of Chinese funds. More broadly, it threatens to impose enormous costs on small businesses already foundering under a mountain of compliance paperwork. 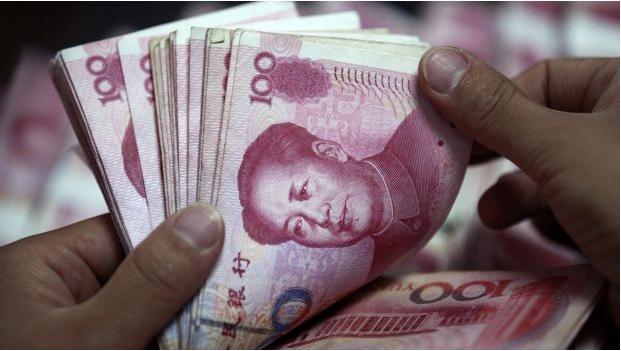 If you think property price rises are partly due to “black money” from China, you might be right.  Photo: Reuters

This was brought to our attention last week when a fund manager touched base and bewailed, albeit with good reason, how real estate agents were still excluded from all obligations under Australia’s Anti-Money Laundering and Counter-Terrorism Financing Act.

“What this means is that, whereas an investor of $10,000 in the [fund, name withheld], for example, has to experience the financial equivalent of a colonoscopy to prove they are who they say they are and that their money is clean, someone buying a $10 million shack in Vaucluse has to do nothing to show his money is clean, and the real estate agent, unlike the asset manager, has no liability if it isn’t,” he said.

The reason for this AML (Anti-Money Laundering) apartheid is the reluctance of government to ping other sectors with the cumbersome burden of compliance; not just real estate agents (whose patience would be sorely tested by the cliffs of paperwork) but jewellers, car dealers, lawyers and accountants.

The first tranche of the AML regime was brought in for the financial services and gaming sectors in 2007. It was intended that the second tranche be rolled out the next year – covering what may reasonably be deduced to be higher risk sectors. Let’s face it, if you are going to launder money you are more likely to give it to your lawyer or accountant (not presently covered) rather than punt it down at the local tavern on the dogs (presently covered).

While Lamborghini sales are flat in China, a circumstance ascribed to the anti-corruption campaign waged by Chinese President Xi Jinping, Lamborghini dealers in Australia are tipping sales to triple this year. Maserati sales, too, are booming thanks in part to demand from wealthy Chinese.

Imagine if real estate agents and luxury car dealers suddenly had to identify for the regulator AUSTRAC a plethora of their customers’ details and transactions. They may not have to imagine for too long.

The draft provisions for the second tranche of AML legislation were released in 2007 for an expected roll-out in 2008. Nothing happened. The global financial crisis then hit and in mid-2009 the Attorney General’s department announced it was to make an announcement in December 2009. Again, nothing happened. By April 2010, that announcement was furtively replaced by a Sir Humphreyesque statement about government consultation with stakeholders.

Almost eight years on, nothing has happened though compliance experts say there is little choice but for the second tranche to be introduced. “Politically, they [politicians] are doing everything they can to avoid it,” one told Fairfax Media. “It is horrendously complicated and a huge burden for small business but the FATF obligations give them little choice.”

FATF is the Financial Action Task Force, the global body which sets the regulatory and operational standards for combating money laundering and terrorist financing. The rub for Australia is that if it is deemed not to comply sufficiently with FATF standards it is likely to lose trading opportunities. If Australia finds itself grouped with Somalia as a laggard on financial integrity, it may cost the country billions in foreign investment.

FATF released a report on Australia’s AML progress last month. It was critical, finding we complied or were “largely compliant” with only 24 of 40 recommendations.

So, at the moment we have a system which is a virtual road-map for money launderers. You can do it with your lawyer, car dealer, or even pay the private school fees, but you can’t do it down at the TAB, or by investing in the Perpetual Pure Microcap Fund.

Yet the burden of compliance as always falls more heavily on smaller businesses which can’t afford compliance divisions. These will be the victims of the AML tangle of red tape, another irony in view of the present drive to reduce red tape.”

Michael West has since gone on to better things:  http://www.michaelwest.com.au/