As readers here are aware, union thug Luke Collier was charged, alongside Joe Myles, with assault upon Australia First Party members in Brisbane last year.  Both men are CFMEU officials and why it was they came to be allegedly involved in such violence – remains unclear. 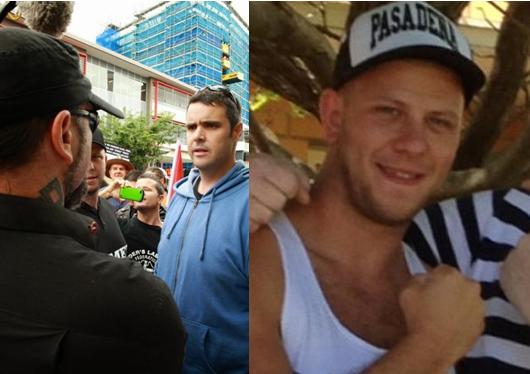 It has been claimed that ‘Andy’ Hutchings or Slackbastard as he is better known, somehow choreographed a set of violent incidents in Brisbane and conned various persons into it all. 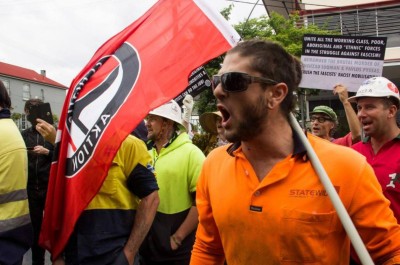 Antifa driving CFMEU protest in Brisbane in May 2014

Then it moved up a degree.  The Australian newspaper, which has given Slackbastard amazingly favourable publicity in recent weeks as some sort of ‘expert’ on the Reclaim Australia rallies, reported rather gleefully today that Mr Collier was likely to face Commonwealth charges.

In 2014, more than a dozen militant union chiefs were slapped with building site bans in a dramatic escalation of hostilities in Victoria’s $39 billion construction industry.  Mugshots of officials, including CFMEU state secretary John Setka and his chief lieutenants, were sent to building site managers.

The Master Builders Association of Victoria, which represents 7,500 building companies, has issued the picture gallery, saying the unionists’ right-of-entry permits issued under federal law had lapsed.

MBAV industrial relations general manager Lawrie Cross told the Herald Sun that the list and photographs would be a new tool in the fight against unlawful entry. 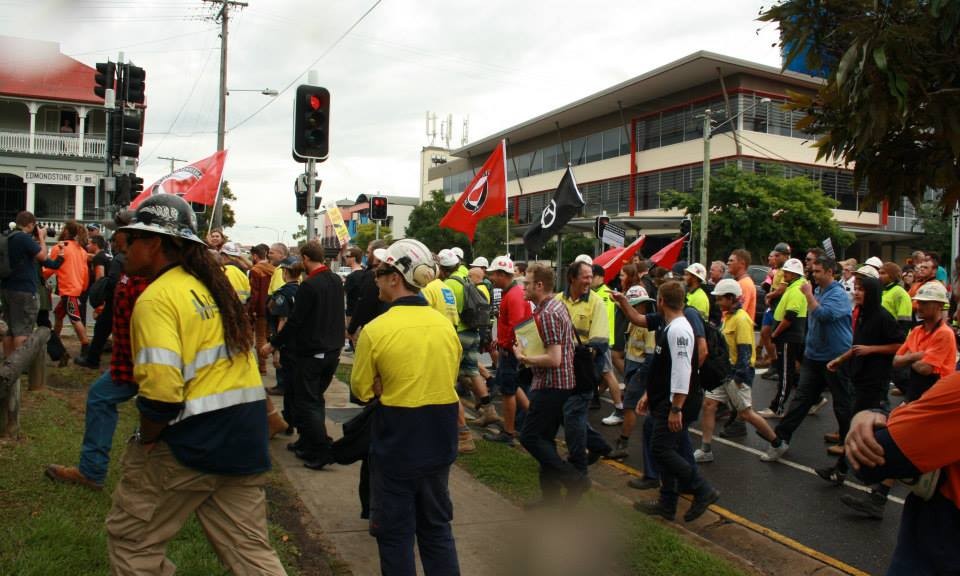 “Project managers on sites can use this to identify those officials who do not have permits,” he said.

The builders’ fightback came as the Federal Government launched a widespread royal commission into corruption and bribery in the building industry this week.  The $100 million inquiry is expected to focus on unlawful entry to building sites and standover tactics as part of its probe. 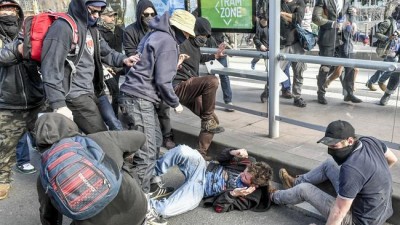 Federal Employment Minister Eric Abetz supported the MBAV’s move, saying that officials walking on to sites without permits was a “perennial problem in Victoria”.

The list of officials from the Construction, Forestry, Mining and Energy Union who have no valid right-of-entry permits include its entire leadership.

There are 13 banned CFMEU workers on the list, including organisers Mick Powell and Paul Sullivan.  Union officials are supposed to provide 24 hours’ notice for entry for industrial relations disputes but can go on site immediately if they identify a safety concern.

But builders complain the right of entry is abused and officials come on to sites to go on “fishing expeditions”, which leads to penalties for late jobs.

A memo to builders, seen by the Herald Sun, details the officials who do not have the right to visit construction sites.

“Attached is a list of current personnel from CFMEU Vic & Tas (Construction and General) in relation to their current federal right-of-entry permit status as at the 11th of February 2014,” the statement says.

“Any personnel in red do not have a federal right-of-entry permit and can be refused entry onto your site under all circumstances as they do not have authority to enter your workplace under the Fair Work Act 2009.” 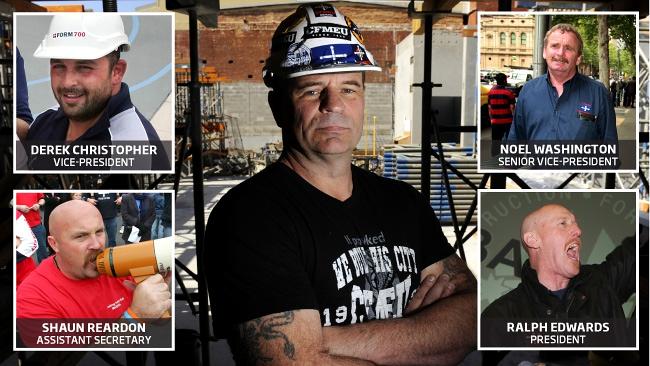 Senator Abetz said illegal entry to building sites could be included within the royal commission if there was evidence.  “This has been a perennial problem especially in Victoria,” he said.

Building company bosses then only have the option of calling police to have officials removed for trespassing.  Mr Setka has convictions for trespass dating back to 1987. 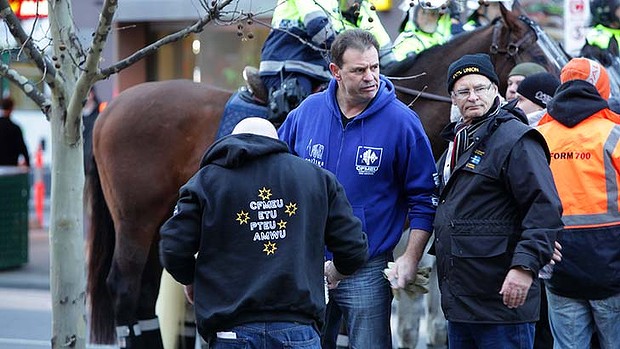