Canberra’s 150 parliamentary ‘representatives’ plus the 76 Senate obstructionists, along with all their taxpayer-funded entourage – surely with the spirit of Chistmas, that in their thoughts would be the plight of needy Australians. (Not).

Old larrikin Aussies typically smirk this time of year – that it’d be the best time to invade because everyone’s off.  But would anyone in Canberra make any difference otherwise, any time of the year?

Polly Pigs in the Taxpayer Trough

They’re all currently off on ten weeks FIFO taxpayer holiday, many probably flying overseas with family on business class on the taxpayer tab.

So as Australia goes into Christmas again this year, our nation’s social class gap has sadly widened and worsened. Elites in public office pay rise themselves every year and rort expenses, travel, and political ‘entitlements’.

Every year they legislate themselves a pay rise.  Last June, head-nodding backbenchers approved themselves a $4000 increase to $207,000 to party seat warm.  That doesn’t include ‘entitlements’, lurks and perks.  Senior public servants are typically on between $300,000 and $500,000 a year, making the batallion of them in Canberra taxpayer-funded millionaires within a few years. 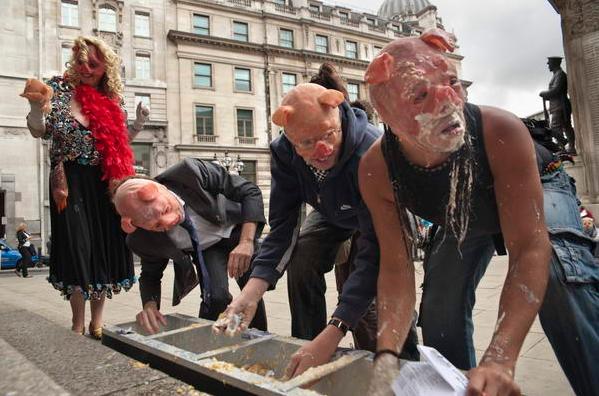 Yet for hundreds of thousands of Ordinary Australians, basic life has descended into being an increasing struggle to make ends meet – unemployment, underemployment, casualisation, contractualisation, rising bills and costs of living, unaffordable housing and health costs.  To many Australians out there, our lucky country that our forefathers toiled and sacrificed for, has become Dickensian. Australia’s suicide rate tragically reveals that 3,128 Australians took their own life in 2017.  The end of 2018 is a week away before Australians learn the latest stats.

Then we cop this… 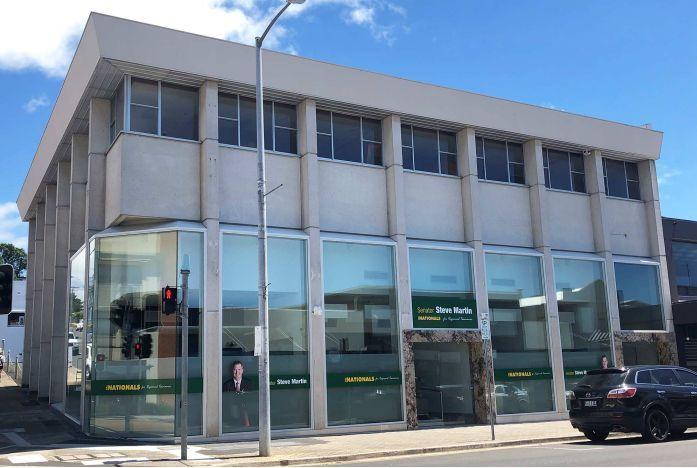 In Tasmania, The Nationals Senator Steve Martin has just personally Christmased himself a $531,000 office splurge office in Rooke Street Devonport.  Actually its $584,000 including GST, since the ATO in Canberra gets a $53,000 cut.

Senator Martin reckons it’s so he doesn’t have to drive to work to his current office in the nearby town of Burnie, just 46km drive away.

He claims it’s only “Canberra money” and won’t apologise. 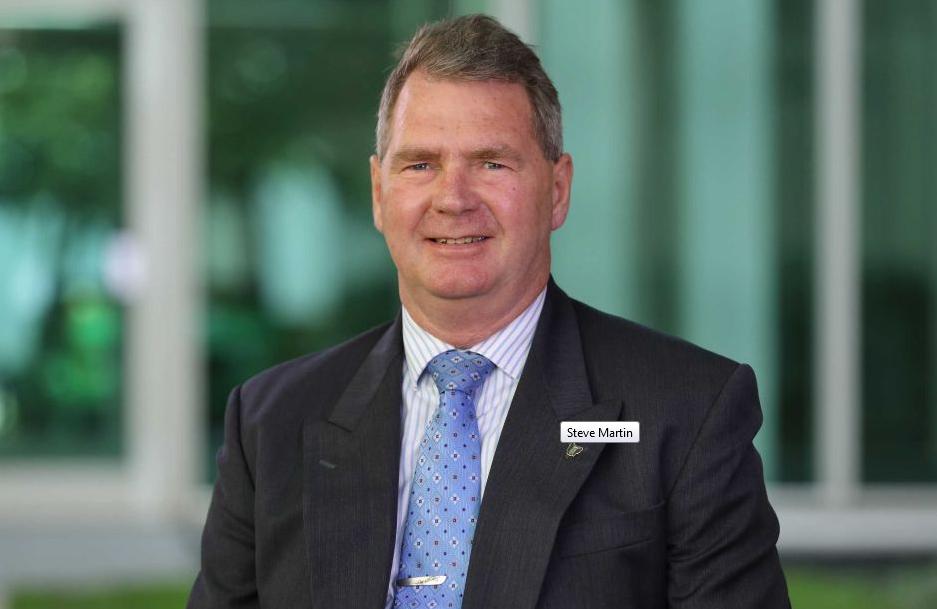 The pig trougher’s sense of Australian taxpayer entitlement would have despatched him to the gallows in Paris at the moment.  Tasmanians you get what you vote for.  Nationals are all about servicing their big corporate agricultural mates, where they often end up getting employed after politics.

Martin claims he was spooked by Senator Jacqui Lambie’s ‘Banquo’s Ghost’ in Tassie’s forestry port of Burnie, even though taxpayers funded a 2014 renovation of Lambie’s Mount Street office.  What a waste?  It’s a sordid foreign citzenship affair. Scottish Lambie expected Martin to fall on her Macbeth sword.

Then we cop this…

COMCAR is used to transport federal politicians, judges and other dignitaries to official work engagements. And Mathias Cormann rather prefers the Mercedes 600 to replace the Caprice.  Remember, he’s a German import and Herr Cormann has aristocratic tastes like his old mate Liberal Treasurer Joe Hockey, who got the plumb gig Ambassador of Australia to the United States – to keep him relevant, rich and quiet. 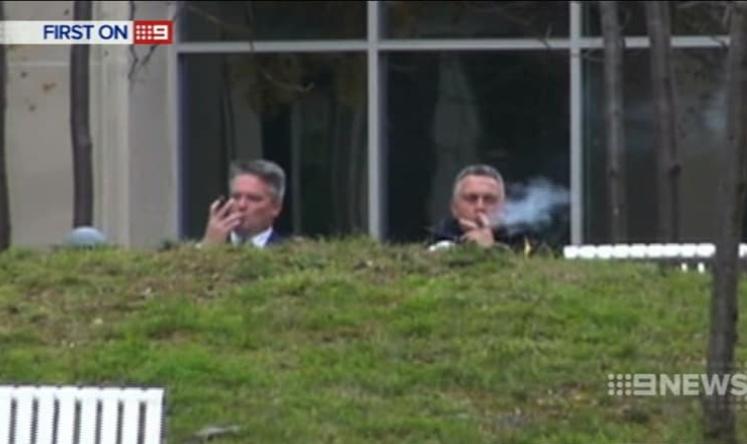 The COMCAR upgrade thing is basically a Chrissy present by Canberra’s public service Department of Finance’s Secretary Rosemary Huxtable, who reports to the Minister for Finance, Liberal Senator  Mathias Cormann since December 22 in 2016.  It’s creative accounting to effect another annual polly pay rise.

They pay her an aristocratical obscene salary of $800,000 plus unlimited expenses, just because she can add up creatively.  A Canberra insider, she’s one of Malcolm’s leftist feminazi quota plants and very close to Matthias. Quota chicks known when they’ve reached polly-aristocrat status. 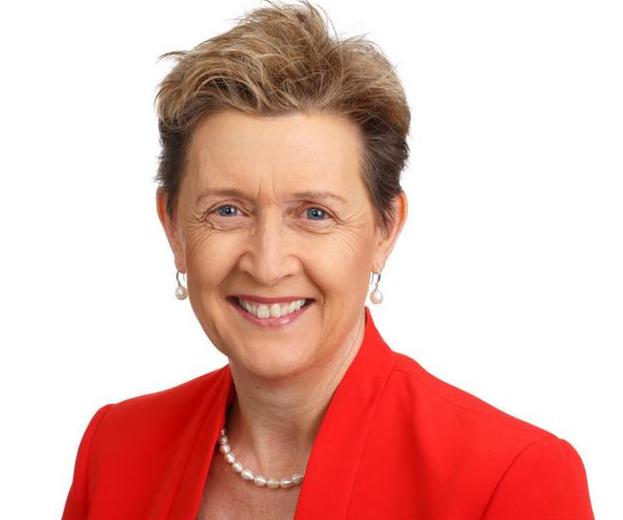 Another pearl-bedecked polly princess:   “Can I have a new Merc 600 too Mathias?  Malcolm promised I was special.”

Unbeknownst, Australian taxpayers have entitled Canberran quota chicks to bedecked in pearls.  They get a Platinum AMEX and the cream receive Julie Bishop’s invites to her Canberra’s Mid Winter Ball.  But you just as best have had deportment training.

From early next year the Finance Department will begin trialling new cars to replace the ageing COMCAR fleet, which is currently made up of mainly Australian-built Holden Caprice sedans.

Now somehow a previous politician passed a legal precedent that COMCAR is to be used to transport federal politicians, judges and other dignitaries (and their extended family and mates) to official work engagements.

There are valid suspicions that last year’s closure of Australia’s car manufacturing industry by Canberra, was to upgrade its pollies to a choice of BMW or Mercedes.

“The current fleet is being maintained and extended to their full life.  Of the vehicles assessed, seven vehicles were considered for inclusion in the trial.  “These vehicles were selected due to meeting a number of key criteria, including whole-of-life costs, overall value for money, fit for purpose, protocol and environmental considerations.”

Industry insiders said BMW is considered the early favourite to win the COMCAR fleet contract given the German manufacturer already supplies the Commonwealth’s current armoured vehicles, which are used to transport VIPs such as the Prime Minister.

But many Libs are envious of the larger Clivemobile.

A former Lib, Clive rorted his polly prestige Clivemobile in 2016 from thieving entitlements from more than 800 workers and 1500 creditors at his Queensland Nickel Refinery. 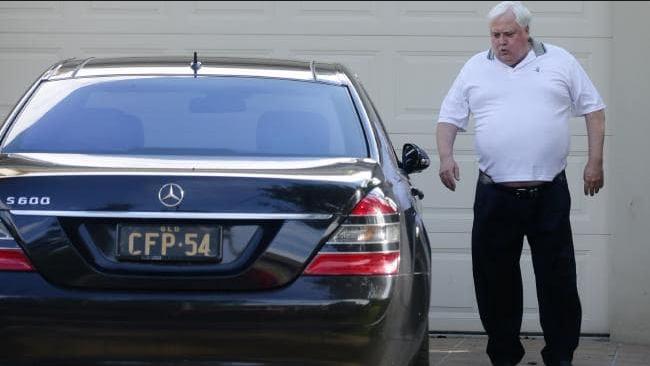 It had to be the wider Mercedes 600 model of course.