What a naïve waste of money that was?

Last night, Indonesian authorities post-reported that a 5 metre tsunami off Java had killed an underestimated 43 Indonesians (try 281) and injured more than 600 (try 1000) in Indonesia’s Sunda Strait region without government warning.

Want a cheap holiday?  Holiday in the Third World and fly low-cost airlines like Lion Air and Malaysian Airlines, but first take out funeral insurance.

Jokowi’s flat-out bidding for some bankrupting Olympics Games in Jakarta in distant 2032 and protesting Canberra’s decision to upgrade its embassy in Israel from high-rised Tel Aviv to foodie-cultured West Jerusalem.  How recalcitrant?  Third World Indonesia maintains its Islamic agenda at the expense of its impoverished and disaster-ravaged people. 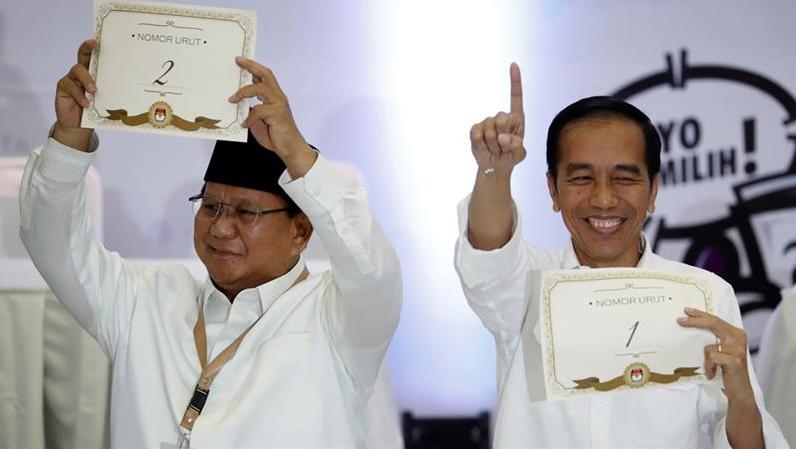 Australia just needs to end its foreign Islamo-aid.  That is unless True Blue Aussies back home are all brought out of wretched poverty first, Canberra has repaid all its indulgent debt, and Ordinary Australians are debt free, flush with hard-earned cash and feeling generous around Christmas.

Plus Canberra’s unilateral foreign charity deserves to be conditional with Aussie public terms of reference – like for instance the Indonesian government to our north must first properly maintain Australia’s donated tsunami warning infrastructure to warn their Indonesians.

Indonesians could of course nationally give Allah the other finger and convert to Christianity.

But for starters the muzzie lot need to respectfully bud out of unrelated Australian embassy affairs.  What has Third World Indonesia got to do with First World Australia and Israel embassy relocations? 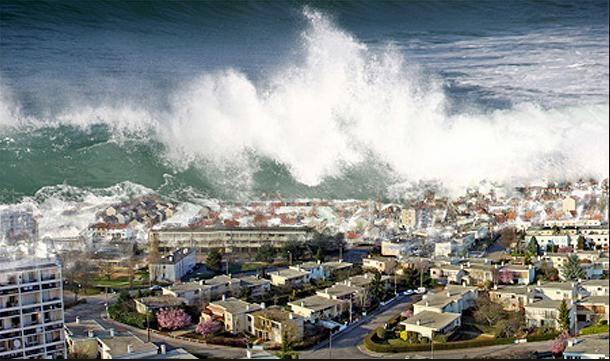 Indonesia’s Disaster Mitigation Agency was on the ball (not), observing the eruption of the Krakatoa volcano, triggering undersea landslides, before nationally tweeting “she’ll looks like it’s a blue moon tide, she’ll be right, no tsunami dudes“. 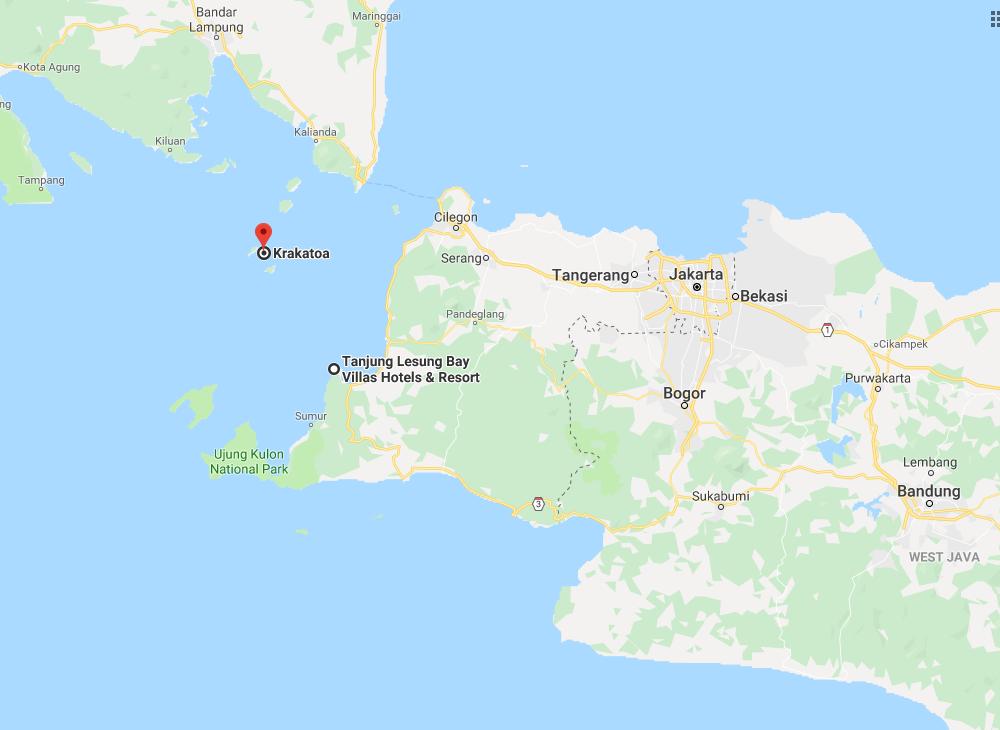 Latest reports the tsunami formed a 5 metre swell out at sea, but incoming peaked in the breakers at nearly 8 metres.   So late last night another Indonesian wall of salty water washed away unsuspecting Indonesians.  Surfer dude cams recorded a heavy closeout crest peaking 5 metres with a good offshore, before sucking dry, mack dumping the beach and jacking 20 metres inland.

By this morning, daylight revealed a mini Aceh effort, with vegetation in a widespread mess, multiple cars strewn everywhere, hundreds of significantly damaged shacks and dozens of tourist type hotels and buildings a wreck.  More photos continue to flow in from eyewitnesses and are set to dominate mainstream nightly shock news.

There will be the inevitable globalist missionary pleas for generous donations from Australia’s perceived rich mums and dads.

At this Chrissy credit card time of year?  And when Australians have copped severe hail storms?  Bugger off!  Best to ignore the missionary charity scam by Mercy Corp for Indonesian muslims. We have appropriately corrected their online campaign message.. 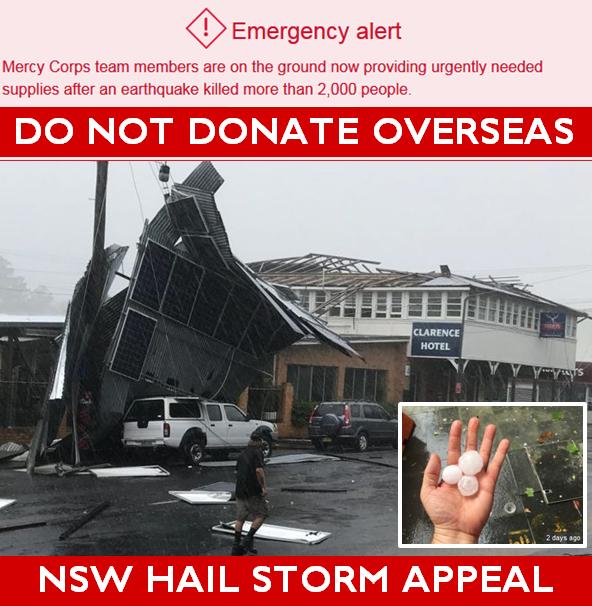 Local authorities initially assured people there was no tsunami risk and told locals not to panic, and that there was tidal wave activities as a result of the full moon.   Indonesia’s Disaster Mitigation Agency later issued a clarification, admitting that a tsunami had indeed struck.

Formal message:  “Bugger, solly about that.”  (but read out in ‘Bahasa Indonesia’).  On Twitter, the boss of the agency, Sutopo Purwo Nugroho (right of President Widodo below) reckons ‘so solly, the incorrect initial information was based on available data’.

“The initial error occurred because of referring data and information from various sources that there was no tsunami.  There was no earthquake that triggered the tsunami at that time. That is the difficulty in determining the cause of the tsunami at the beginning of the incident.” 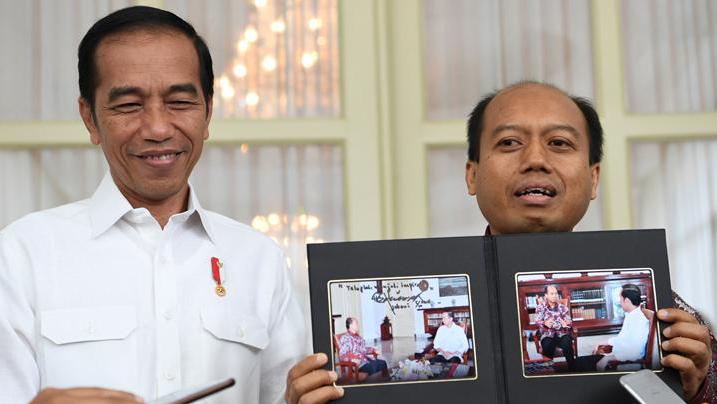 Aussie translation of above?   “We have NFI”

In September, 2000 Indonesians got swamped by a tsunami that hit the city of Palu on the island of Sulawesi.  Canberra gifted $10 million for that.  First World missionary millions poured in unconditionally.  On Boxing Day in 2004, an earthquake in the Indian Ocean off Aceh in Indonesian waters triggered a number of tsunami waves that killed an estimated 228,000 across 14 countries. First World missionary millions poured in unconditionally.

The Australian Government, being responsible in response gifted Indonesia disaster relief funding, direct support and then developed a high-tech Tsunami Warning System to warn against repeats in the future.  It cost $70 million and included upgrading tide gauge sea level stations and installing a series of new tsunameter buoys, of which twenty-two were anchored off the coast of Indonesia. The Joint Australian Tsunami Warning Centre was up and running by October 2008.  But there was nothing ‘joint’ about the centre.  Indonesians again just took Australians for mugs to do everything.

Ten years later, all twenty-two of Indonesia’s tsunameter buoys have been broken since 2012, caused by either Indonesian fishermen anchoring off them or otherwise vandalized or stolen. Indonesian people smugglers perhaps?

Also, the Indonesian Government couldn’t be bothered funding the buoys maintenance.  The buoy system costs AUD$3 million to maintain every year (just Indonesia’s portion), but Jakarta has not once allocated enough money in its state budget to fund this, despite the fact that half Indonesia’s coastline lies on the path of a ‘megathrust’ and has a regular history of tsunamis.

It’s not exactly an excuse that Indonesia doesn’t have the money to maintain its own tsunami warning devices.  Jakarta spends over AUD$11 billion a year on military defence which averages about 0.8% of its annual  GDP.  Indonesia is expected to become the world’s fifth fastest-growing defence budget spender between 2016 and 2025, forecast to spend AUD28 billion on procurement over the period.

This lot should be the Mercy Corps for Indonesia’s regular tsunamis. Trained by the Australian Army, yet nowhere to be seen during tsunami disasters

Indonesia is also the top recipient of Australian aid, receiving $359 million last financial year from the Department of Foreign Affairs in Canberra. Australia needs to end that immediately and fund drought relief.

Yet Jakarta ignores its own people’s civil defence.

What does Australian get in return from President Joko Widodo?

A few weeks ago, Indonesian muzzies street protested outside the Australian embassy in Jakarta critical of Australia’s decision to relocate Australia’s embassy in Israel from Tel Aviv to West Jerusalem.  The protest organiser was muzzie activist Nanang Kosim of the Unity of Indonesia Muslim League, who is also head of “Jomin”, one of President Joko Widodo’s official volunteer teams campaigning for his re-election. 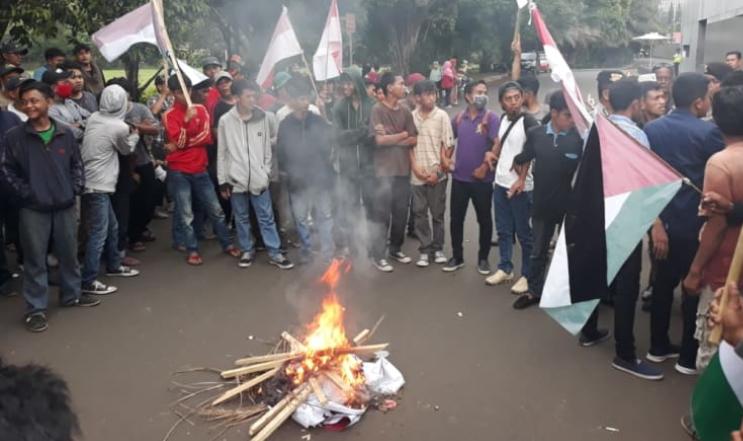 All the thanks Australia gets from Indonesians

Enough is enough.  So this time Indonesians, ask ya own President for support. This Christmas, true local charity is deserved by locals in need.  To give or receive, Australians should contact their local community church and connect.