So Liberal leftard Mal, has pursued yet another Greens-Labor’s leftist globalist agenda campaign by pushing for deviant marriage in Australia.  It’s intended to corrode the institution of marriage, the bedrock of our society and to undermine Australian traditional Christian values and decency.  If follows the global warming agenda hoax of wealth redistribution, Third World welfare seeking agenda, and decultural diversity agenda labelled as ‘multiculturalism’.  These are all leftard agendas to undermine White Australia as a nation state. 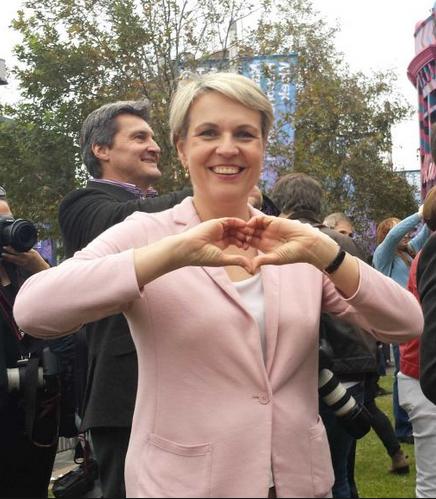 He doesn’t care the child abuse and censorship of liberties and of free speech that it will unleash, just like in Canada. The misnomer of ‘safe schools’ has already perverted per-pubescent school children about leftard ‘gender fluidity’.  The next leftard agenda wedge is to lower the age of consent to appease the pedo faction. 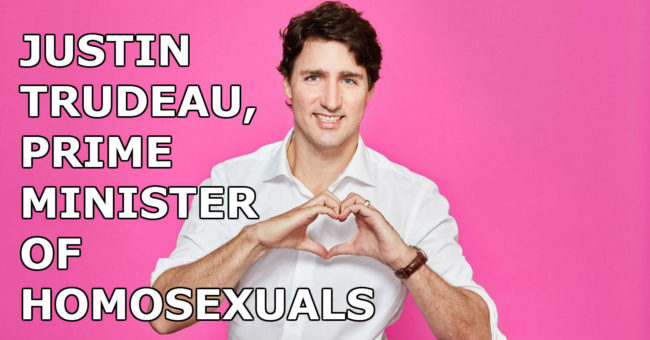 In Canada, law graduates from a Christian university, Trinity Western, have been banned from being licensed as lawyers because the university had a rule forbidding sexual activity unless between a husband and a wife.  This was deemed to be LGBT discrimination.

Archbishop Julian Porteous in Tasmania has already been hauled before an anti-discrimination board for distributing a pamphlet to schools stating the church view that marriage was between a man and a woman.  He prevailed, but in Sweden, where deviant marriage was introduced in 2009, the prime minister now wants to force priests to marry same-sex couples.

In New Zealand, Christian lobby group Family First NZ has been told it will be deregistered as a charity because it promotes “a point of view about family life that does not… have a public ­benefit (including) that the union of a man and a woman through marriage is the fundamental social unit”.

In London, a private Jewish school faces closure after failing three ­inspections by state education authorities for not teaching girls aged three to 11, about LGBT issues such as sexual orientation and gender reassignment.

In Ireland, after gay marriage was passed by referendum in 2015, parliament wasted no time repealing laws providing exemptions allowing ­“religious, educational or medical ­institutions… to maintain the ­religious ethos of the institution” when it came into conflict with gay rights.

In the UK, social work student Felix Ngole was kicked out of his course at Sheffield University last year after writing on Facebook that marriage is between a man and a woman.

In the US, 72-year-old florist Barronelle Stutzman faces financial ruin after being sued by the Washington state attorney for unlawful discrimination because she refused to provide flowers for a same-sex ceremony.

Wherever same-sex marriage has been legalised, defenders of traditional marriage find themselves ­beyond the pale and at the mercy of the law.

Australia First Party stands for Traditional Australia. We take an rejectionist stand. No mean no! 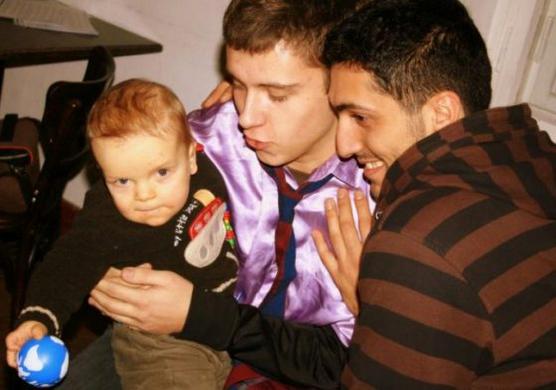 The victory of the ‘Yes’ vote in the same-sex marriage plebiscite means that a law will pass Federal parliament soon to establish it.

It will be a pyrrhic victory.  It will divide the nation and cause untold abuse of children’s rights, unleash a deviant industry and a truly stolen generation by adoption and surrogacy.  When those kids become teenagers they will indeed need a ‘trauma toolkit’.

Those decent Australians who voted no did so on conscience and morality.  Traditional Australia will never accept deviance thrust down our throats.  Bill Shorten keeps telling us this debate is only about whether two people who love each other can get married. That’s a transparent con.  Australians don’t trust our politicians enough to give them a blank cheque.

It is these perverse agendas of gender-politics that will soon emerge.

We took the position that it was important to have as many Australians as possible to register a ‘No’ vote and to assess the community debate and attitudes in defining the future oppositional course if ‘Yes’ won the day.

The fact that certain powerful lobbies agitated for ‘Yes’, that the moral and cultural decay of the community is quickening and that a majority of people could be lulled, or conned into voting ‘Yes’, or were willing participants in voting ‘Yes’, tells us that the future struggle will be intense and without let up.

That shall warrant a counter action. Let it all be so.

For Australia First Party, the entire matter always went beyond ‘No’.  We are rejectionists. We reject the entire general concept behind the ‘Yes’ case and the secret agendas behind it as are soon to be exposed. It is these perverse agendas of gender-politics that will soon emerge. 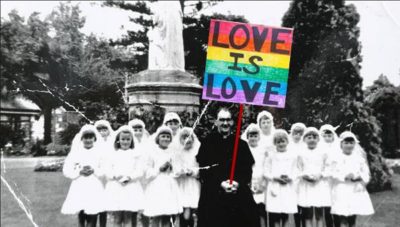 Australia First Party would work to bring the new marriage law into mass contempt, to challenge and undermine it at every turn, to frustrate those who wanted ‘Yes’ and to poison the debate into rancour and division.

That is what rejectionism means.

The ‘Yes’ case won some 62% of the 72% of the entire electorate who were qualified to vote. That is a minority of the population. No pseudo-moral quality of a majority of the citizens attaches itself to the ‘Yes’ camp. Yet, in any case, that is not our authority to act.

Rejection is the path to take because it is right, regardless of the number of people who may at this time support it.

We do not recognise your law! 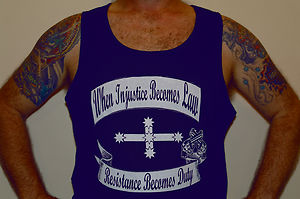 It is another reason for Australians to engage in civil resistance, civil disobedience, to take the law into our own hands.