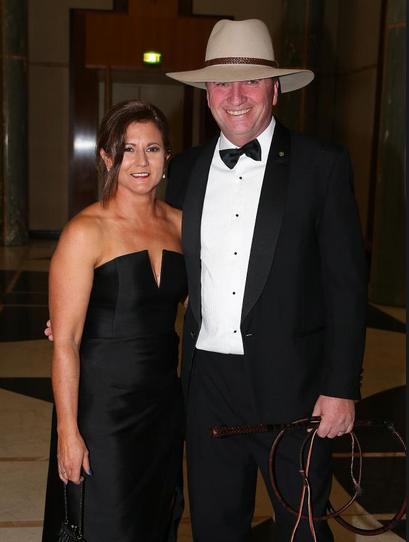 Gnats can leave their hat on…but keep their domesticating whip! 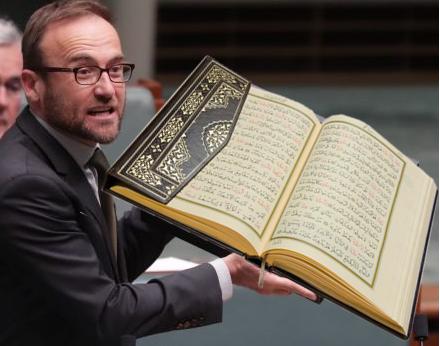 They’re all at it on polly business when in Canberra – adulterers can’t keep da willy in and loosely betray marriage sanctity.  No wonder the immoral gNats ushered in leftard deviant marriage. 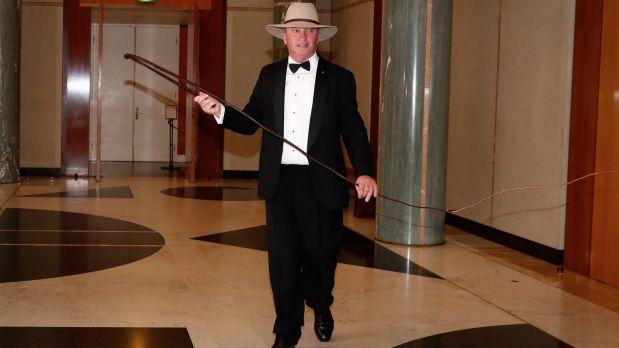 Giddy Up on Conception Eve – 7 months ago at Canberra’s Mid-Winter Polly Ball…he’s her boss old enough to be this girl’s father. 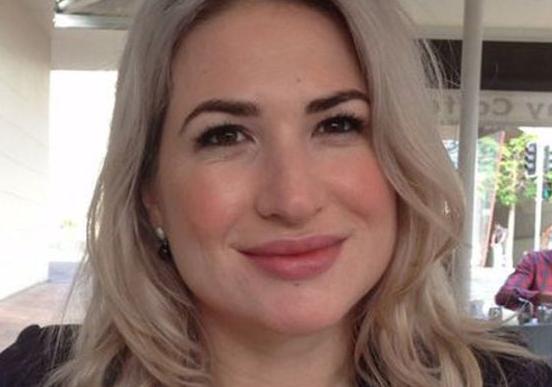 February 9, 2018, by Graham (whatever it-takes) Richardson spewing influence at The Australian – in his play-down article ‘There’s no ‘obvious’ reason to report the Barnaby Joyce affair’

‘Some years ago, I told my friend Laurie Oakes that I did not agree with his outing of the ­relationship between Cheryl Kernot and Gareth Evans. He ­remained a good friend after he had pushed the door ever so slightly ajar on a can of worms. Now Sharri Markson has pushed that door wide open. 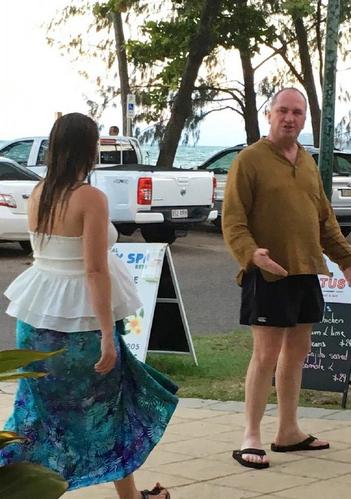 From this day forward no politician, or journalist I suspect, has any right to privacy. It should be a wild ride from now on because Barnaby Joyce is not Robinson Crusoe in the federal parliament and there are many juicy liaisons ready to have a light shone upon them in state legislatures as well.

The ethics of the airing of the Joyce affair is a hot topic at every dinner table around the country. Given the life I have led, I was never going to be the one who cast the first stone.(Richo betrayed his wife Cheryl Ruth Gardner for a younger floozy model Amanda – some 20+ years his junior). 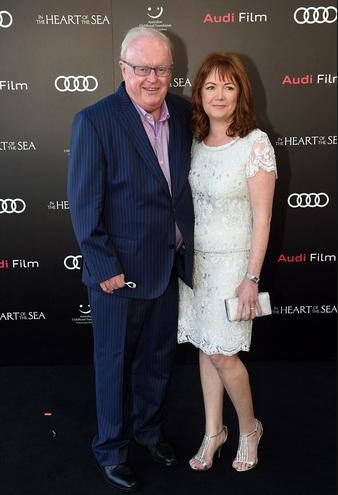 From the Bible John 8.7 where Jesus tells the accusers of a woman of adultery…

“He that is without sin among you, let him first cast a stone at her.”

There are many journos in Canberra who are in exactly that position (like Richo). Then along comes Markson. She has come a long way for someone in their early 30s. She has been breaking stories for Sydney’s The Daily Telegraph for the past year or so, and even before this story broke she had make her mark in the Canberra press gallery.

I watched her give a passionate defence of her decision to, as they say, publish and be damned. She is most assuredly correct when she says the affair was all over social media. I used to have a great deal of respect for Tony Windsor, a former MP for New England who was instrumental in maintaining the Gillard Labor government after the nail-biting finish in the 2010 federal election.

I lost much of that respect when he tweeted late last year that the Joyce marriage was in trouble. That tweet was the beginning of the end for any chance of Joyce’s affair with a one-time staff member remaining private.

I first heard of the ­affair around the middle of last year. There can be no question that the fact the woman concerned worked as his media ­adviser about the time the ­affair began gave Markson a reason to publish. When you mix business with pleasure within your office, there will be fallout. In the US House of Representatives they are setting up rules to prevent congressmen from having affairs with staff members. It will always be difficult to completely eradicate the whiff of the powerful person in the relationship using that power. While I have no doubt that is not the case here, it does parade an excuse for the fourth estate to probe even deeper.

One of the claims made by Markson on Sky News, however, I would take issue with. She was ­adamant that it was “obviously” in the public interest to publish the story. While there is an ­argument that publication was reasonable in the circumstances, there is a real debate about whether it was right or not, so “obviously” is a word that must be coming from exuberance and a steely determination to justify her decision. It goes without saying that Markson is one tough hombre.

There was another thing she said I couldn’t agree with. Because she had offered Joyce and Vikki Campion a sit-down interview and they had refused, the publication of the front-page photo of a seven-months pregnant Campion dressed in a tracksuit and going for a walk was justified. It wasn’t, and that is “obvious” to many people I have heard comment on the photo. 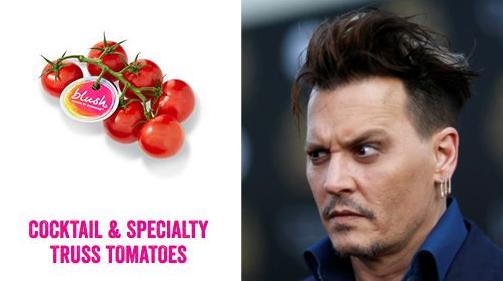 Once the decision had been taken to run the story, the pain of those affected was played out in public. The Deputy PM’s ­admis­sion of “failure” was painful to watch. The hurt injected into every word of the statement put out by Joyce’s wife of 24 years, ­Natalie, was so real and graphic. With that statement, I felt like a voyeur peering through a window as the scorned woman wrote of how she had put her own career on hold and spoke of the effect the affair had on her four daughters.

What happened in the Joyce marriage we will never know.   This was a story that was bound to be published at some stage and it comes as no surprise that first cab off the rank was the ballsy Mark­son. It is a messy business and I will be fascinated to see what revelations about other pollies come to light. 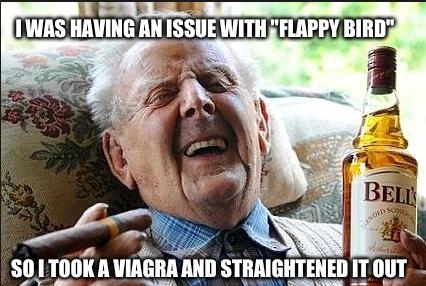 Notice any consistency here?  Mmm, they all hypocritically attend church?

“..Meanwhile, back in parliament, I got my first look at the man no one had heard of whom Joyce promoted into cabinet at the expense of Darren Chester.

Chester had been a strong performer and some say it was he who raised with Joyce his increasingly erratic behaviour last year when the marriage broke up and the affair was under way. Chester was dumped from cabinet but he refused to comment on his boss this week when given the chance.

The one we had never heard of was David Littleproud, dubbed “little known” by Labor’s Ed Husic and accused by Janine Perrett on Sky News of having “little to be proud of”.

He bobbed up in question time to show us all he could be just as good a headkicker as anyone else on the government frontbench. He rubbished Bill Shorten for failing to mention agriculture when addressing an inner-city crowd in Batman. Were I campaigning in Batman, I wouldn’t have used the word agriculture either. As a first-up demonstration of his political prowess, it was somewhere short of pathetic. Littleproud is a Queensland National and he ­failed to mention the word drought in his contribution.

If you care to look at the maps provided by the Bureau of Meteorology or the Queensland government, you can see that a huge swath of Queensland is drought-declared. Some parts have had little or no rain for more than six years and I would be far more impressed with the newly minted minister if he could ­acknowledge the hardship farmers are facing in his home state.

The Nationals are still in turmoil over their boss’s travails. The government managed to keep the lid on the marriage break-up right through the New England by-election, although I am not sure that mattered. Every Australian has divorce and affairs somewhere in their extended lot. As a nation we have grown up a great deal and the notoriety of the Joyce affair ­will fade quickly.” 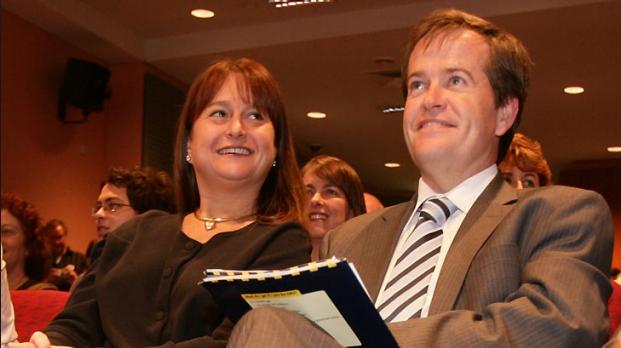 “William, will you take Deborah to be your wife? Will you love her, comfort her, honour and protect her, and, forsaking all others, be faithful to her as long as you both shall live?”

Minister:  “Deborah, will you take William to be your husband? Will you love him, comfort him, honour and protect him, and, forsaking all others, be faithful to him as long as you both shall live?”

Minister to the congregation”  “Will you, the families and friends of Deborah and William, support and uphold them in their marriage now and in the years to come?”
All: “We will.” 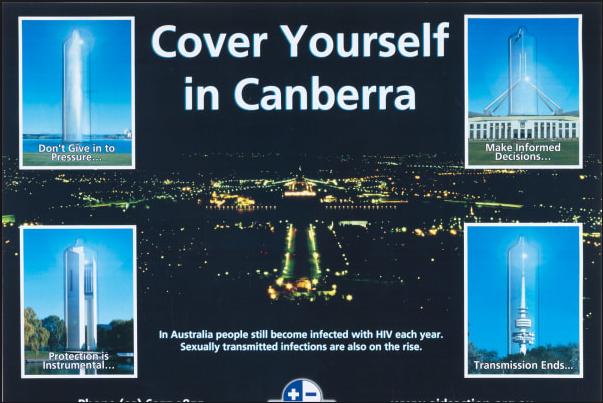 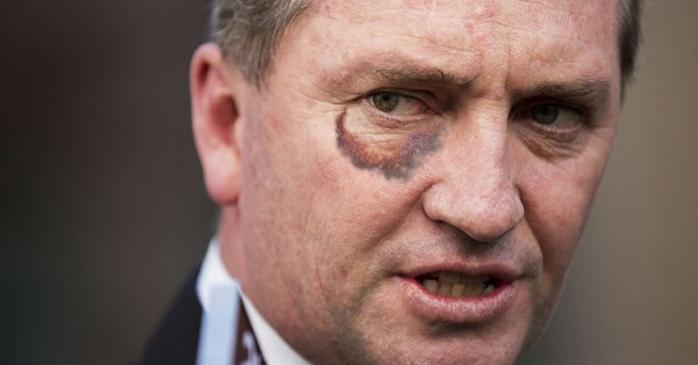 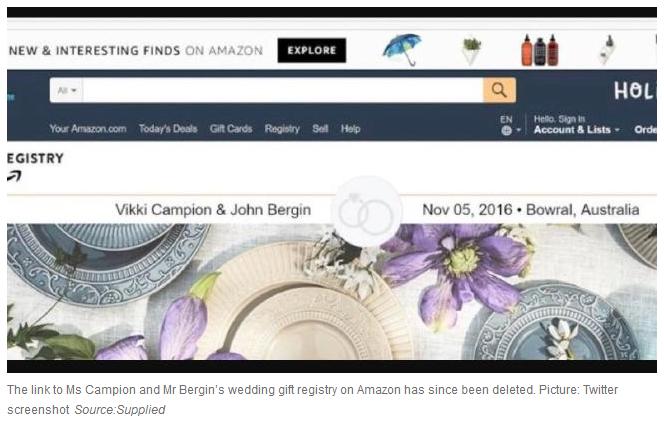 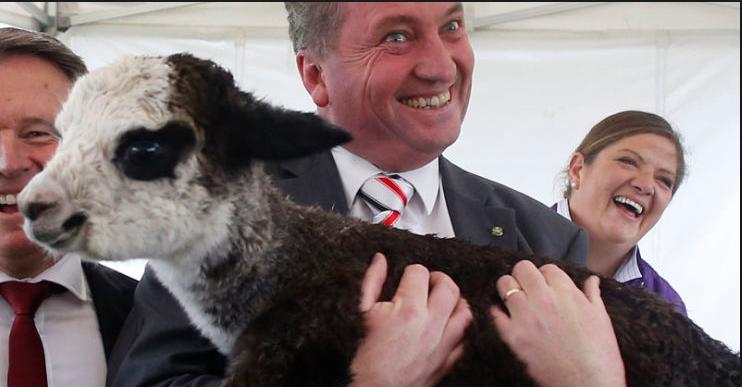 Inbred with a tomato? 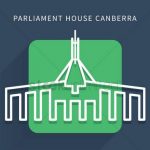