Liberal saboteur Malcolm Turnbull has twittered to Australia’s High Commission in distant London: “George Brandis bully Scomo- all children to be off Nauru by year’s end.”

Former federal Attorney-General now Australian High Commissioner to the UK, George Brandis (below), has confirmed “There are hardly any children on Nauru and in New Guinea and we expect that by the end of this year there will be none.” 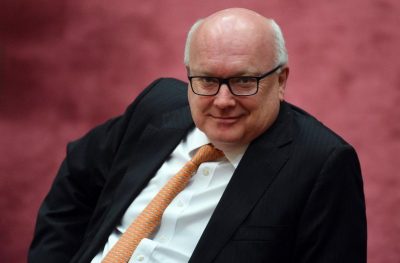 So Scomo’s Liberal government has set an unofficial timeline to have asylum seeker children moved from Nauru to Australia by the end of 2018.

It is understood there are 38 children of asylum seekers remaining on the island.  They arrived, rooted crazy til pregnancy and now claim child asylum.  It’s a Third World breeding ruse by economic refugees.  In October, 2018  a Somali refugee bitch poisoned her baby girl with adult medication in a shocking attempt to get the child to Australia. How barbaric?

A total of 46 infants have been born to asylum seekers since Nauru was reopened for processing in 2012. 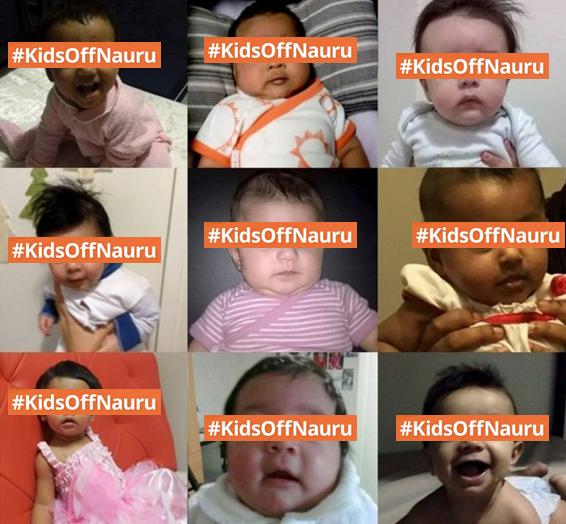 Kerryn Phelps, the deviant leftist of Wentworth, is behind the Greens-Unionist’s GetUp! campaign to migrate all the Third World illegals to Australia and so hand them the lifetime of welfare seeking they want, and to continue breeding.  She campaigned on illegal immigration during the by-election last month, frothing for “quick action about the escalating humanitarian crisis on Nauru”.

Phelps continues to ply all this fake news about supposed poor conditions on Nauru and of mistreatment.

Whereas an Australian media crew back in 2016 exposed the leftist propaganda, when Australia Current Affair journalist Caroline Marcus was allowed to visit Nauru and film.  The visit revealed that the detainees do not live in tents, but in more permanent shelter structures, some with air conditioners and televisions.

Their children attend local schools in town, and thanks to the new open centre policy, detainees can “come and go” as they please. They’re free to walk out of the camp any time, and go fishing. 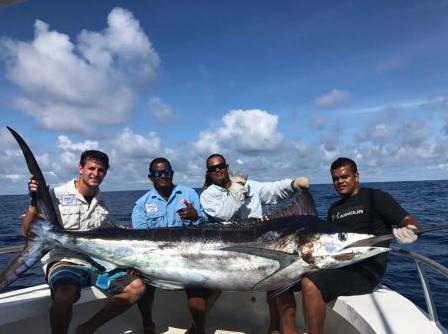 Nauru Justice Minister David Adeang said the sexual assault reports emerging from Nauru were exaggerated. “Somebody gets pregnant, they claim it was sexual assault, rape, things like that. Trying to influence the public against the Australian Government’s policy. Which isn’t true.”

“We try our best to make it very comfortable for them here,” he said.

“The locals we spoke to said they welcomed the refugees,” said Marcus. “They’re living better than the Nauruans,” one local told her. “They don’t have to pay for utilities.”

It doesn’t live up to the bleeding hearty frothing made by leftists like traumatologist Paul Stevenson, who worked in the aftermath of the Bali bombings and the Boxing Day tsunami, reckons “nothing he’d witnessed was as bad as the treatment of asylum seekers on Nauru.”

In recent years, 244 minors have reportedly been taken to Australia from offshore detention centres.

PM Scott Morrison confirmed the government has been “quietly” removing children from the island nation.  “Children have been transferred off Nauru. That’s been happening for some time. I haven’t been showboating about it.”

South Australia’s Health Minister Stephen Wade this week revealed that about ten illegal offspring from Nauru got a secret chartered jet to Adelaide’s Women’s and Children’s Hospital.  Of course the parents went with them with all their stuff.  It’s part of Canberran Immigration’s treacherous scheme to migrate all the illegal’s offspring (and their parents) from Nauru.  All the illegals need do is have productive sex.

Scomo’s weakness has set in train the re-starting of the Third World People Smuggling Trade.

In 2017, America agreed to take up to 1,250 illegals from Manus Island and Nauru.  But then rejected all the Muslims from Somalia and Iran, which was most of the 1,250.  Other illegals have themselves rejected America’s offer of resettlement because they were told they would not get welfare in America and instead would have to work for a living. 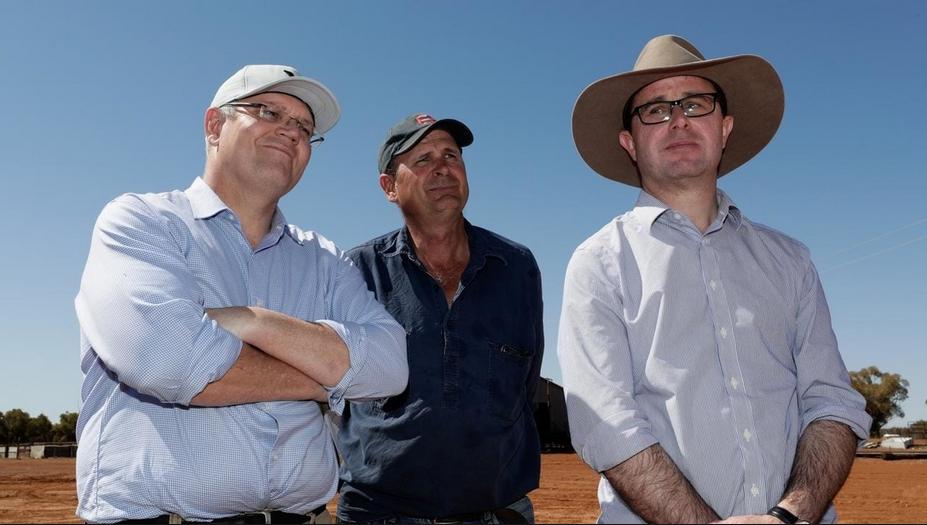