Last month’s release of the Federal Government’s draft environmental impact statement has given a corrupt green light for the construction of a 24-hour airport at Badgerys Creek. The consultant received a very attractive brown paper bag. 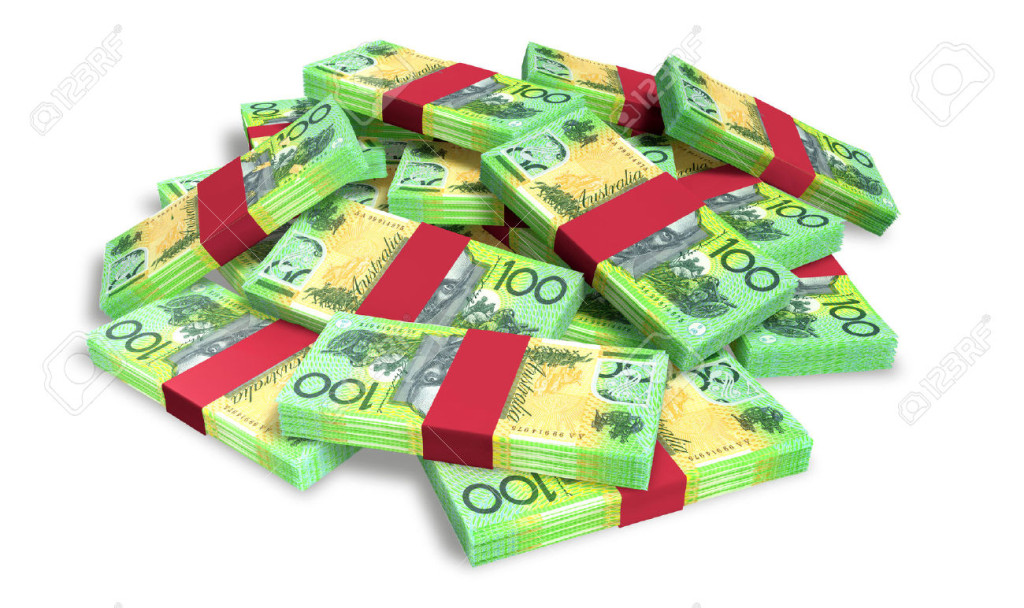 By the time stage one of the airport is completed and fully operational in 2030, there will be about 930 flights taking off and landing every week. 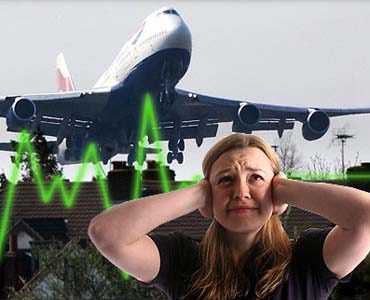 The Liberals in Sydney and Canberra want Badgerys Creek Airport to go ahead so the pollies can catch more convenient flights between Mascot and Canberra.  That was Joe Hockey’s rationale from his office in North Sydney – COMCAR through the tunnel and Qantas Club Lounge in 20 minutes thank you very much. 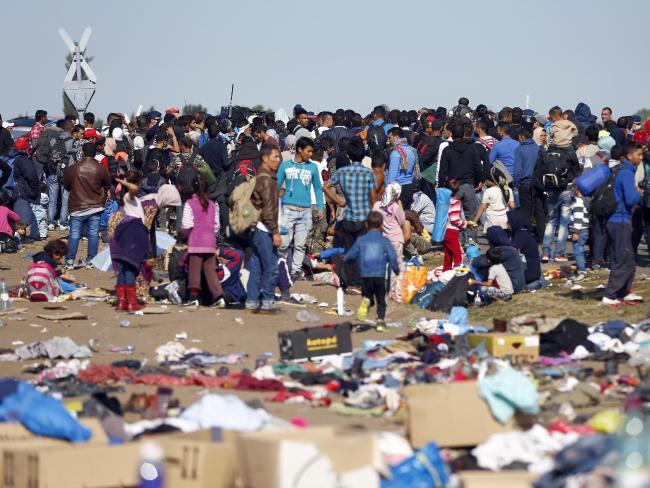 Here they come ready or not Centrelink, Medicare and Liverpool

The Liberals got lap dog Nationals Warren Truss to launch and flog Badgerys Creek Airport.    As a National Party leader, one would have thought he’d be more interested in championing federal and state funding for rural Australians, not more Sydney-centric indulgence.

Badgerys Creek Airport (aka Bradfield Immigration Airport), is expected to suck $5 billion of taxpayers money.  That’s pre-blowout of course.  That doesn’t include the new motorways, rail, utilities, fuel storage,  and associated infrastructure.  That ignores Australia’s national budget emergency that the Liberals platformed on to get elected in 2013.  Australia’s national government debt remains over $400 billion, costing $1 billion a month in interest to service.  Where’s the economic benefit in that? 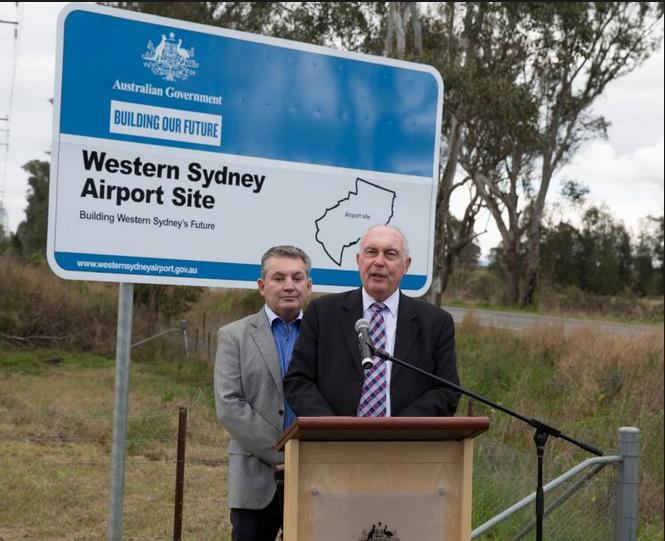 The airport’s construction site is woop woop in grazing pasture land near growing housing sprawl some 57 kilometres from Sydney’s CBD.  Mascot is just 10 kilometres from the CBD. 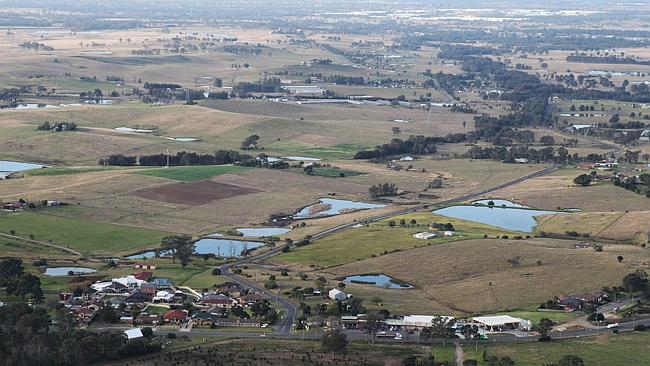 Proposed flight paths will skim over the Blue Mountains residents numbering 50 to 100 flights per day.  Planes are expected to reach an altitude of just 1500m by the time they fly over Penrith and 3000m above the Blue Mountains.

The airport won’t have a curfew, so the flights will be taking off and landing through the night, 24/7. 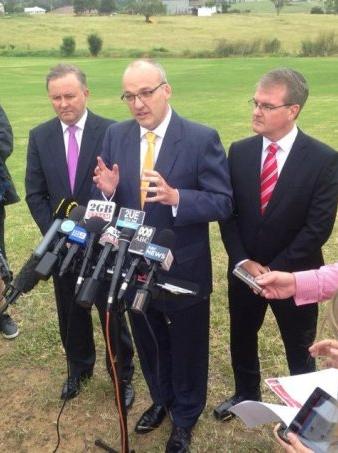 But according to Labor’s mayor in the nearby affected Blue Mountains, Mark Greenhill says, “There will be the potential for five inbound pathways that all converge on the suburb of Blaxland and Glenbrook with decibel readings of around 70 dBA.  This will equate to standing near about 198 lawn mowers each day.” 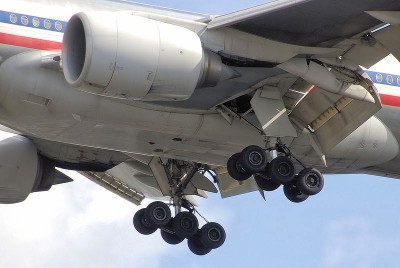 “Springwood looks like it will be subject to two of these pathways. “This is an awful outcome for the Lower Mountains and it must be opposed,” he said.

Liberal MP for the federal seat of Macquarie covering the Hawkesbury and Blue Mountains, Louise Markus, claims Badgerys is all about jobs.  Markus claims the airport will be a “global hub for business travellers and tourists”.

How about immigration and freight 24/7 to fill the greenfield sites of western Sydney with muslims? 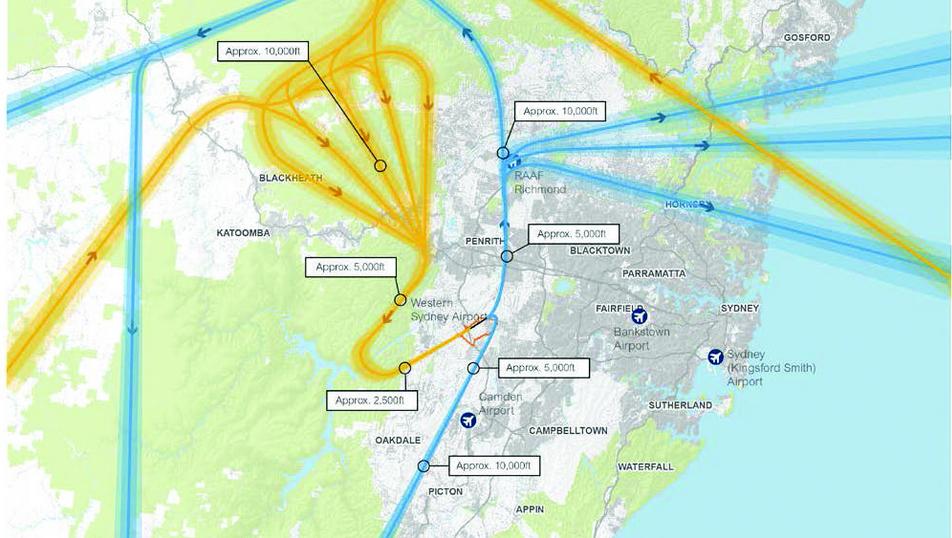 MAJOR NOISE FOOTPRINT:  The flights paths from Badgerys Creek over the Blue Mountains.

Nationals leader Warren Truss lives near Noosa on Queensland’s urban Sunshine Coast.  He won’t care about the low aircraft noise over outer western Sydney and the Blue Mountains 24/7. Truss will be business class on a Mascot-Maroochydore direct flight.

And Abbott won’t be affected on his North Shore, nor Joe Hockey.  Cigar-chomping Hockey will be long gone in Washington DC.

Thank the Libs alright for their extravagant impost on Western Sydney and the Blue Mountains.

Badgerys Creek Airport proposed as a solution for Western Sydney growth.  Bankstown and Camden airports will be forced to close because of conflicting flight paths.  There are plans to sell them off for housing development.

By 2030 the airport will cater for about 930 flights per week.  Every day there will be approximately 170 passenger planes and 28 freight planes landing and taking off 24/7.

During night time operation, approximately 48,000 people are expected to experience more than five events above 60 decibels.  Maximum noise results would come from the long-range departure of a Boeing 747 or similar aircraft of 90 decibels.

Property values of affected suburbs are set to plummet.

Construction on the airport is expected to begin by the end of 2016.

After all Big Kev’s white elephants, the Libs and their lap dog Nats bring us this one! 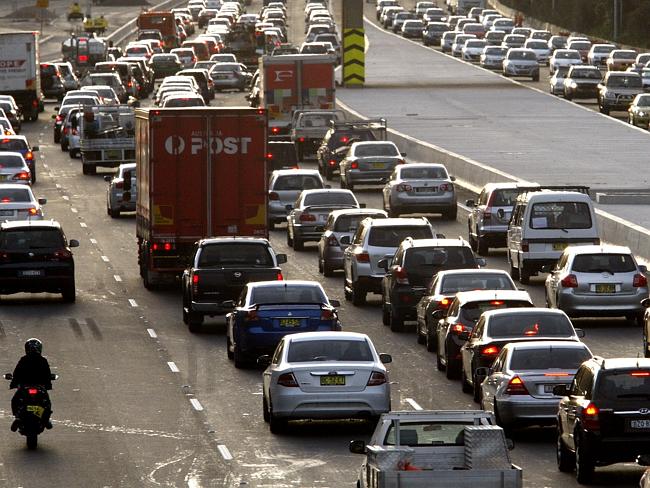 Transit time between Badgerys and the city? 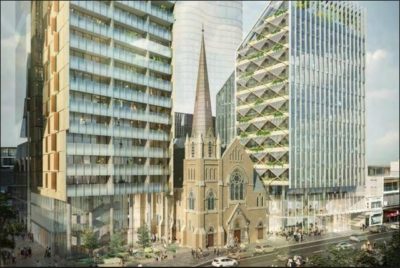 White Australia Cleansing across Sydney and Melbourne – look at Parramatta! 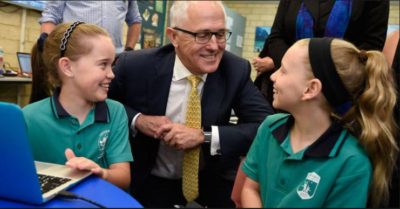 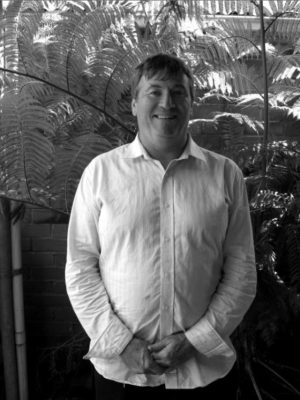