The QANTAS Board needs to be sacked for treachery.  They stupidly rejected Australia’s smart and experienced John Borghetti for ex-Air Fungus’ cost-cutting leprechaun Alan Joyce for CEO in 2008.  Our Australian icon has withered ever since, while Borghetti has led England’s Richard Branson’s new Virgin competitor to build increasing market share over QANTAS in its Australian airspace.

Joyce has undermined the QANTAS brand and its profit by luring passengers away to low-cost Jetstar and now Joyce is set to sack 5,000 Australian staff because QANTAS is unprofitable.  The QANTAS Board have since embraced all anti-Australian misadventures inflicted upon QANTAS and its loyal employees by one overpaid cost-cutting leprechaun.

The tricky leprechaun has undercut QANTAS margins in cheap carrier Jetstar as if QANTAS was a bus service, and now the chinese are to undercut Jetstar by chinese labour.  What did you expect Joycey?  Magical star jumps? 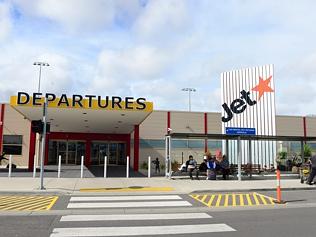 Jetstar is shutting down in Avalon, thanks to free for all trade deals agreed by Liberal PM Tony Abbott this week in his “Sellout-Australia” trade show across east asia.

Even before Liberal Prime Minister Abbott has returned to Australia, and before the ink has dried on Abbott’s Shanghai Memorandum, trucking tycoon Lindsay Fox has publicly declared control of Melbourne’s Avalon Airport and somehow exclusive airfreight logistics with the chinese to bring in whatever they want.

So bye-bye Jetstar and hello Hainan.

Linfox yesterday signed an agreement with China’s state-owned HNA Group which owns Hainan Airlines, the fourth-largest airline in China.  Linfox has eyed China for freight inroads and outroads logistics servicing for considerable time.  Linfox’s HR Manager China says “I like engaging with people from different cultures. Employment with a multinational company like Linfox can change people’s lives. It is extremely rewarding.”

Fox has muscled Abbott to kick QANTAS’ Jetstar out of Avalon for the chinese to secure a airline beachhead for trade and migration.  It’s not so much of an Australian sense of “win-win” but more the chinese smarter sense of “yin-yang” – yin airport control and yang immigration.

The chinese deal “commits” Linfox to assisting Hainan Airlines begin an aviation service between Australia and China within 18 months using Avalon Airport as its base.

So Lindsay who is the yin and who is the yang in this chinese state-controlled relationship?

Fox secures lucrative import distribution of airfreighted perishable produce out of China to be dumped into Australian markets. China gets to secure a chinese-controlled immigration hub for its swelling chinese migrants and for its cheaply dumped imported goods on Australians.

China failed in Wagga to get its trade centre, but now thanks to Tony Abbott’s “free trade for all” liberalism, China will own an Australian international airport hub outside Melbourne.

And Melbourne has the second largest asian population in Australia after Sydney, and chinese number in excess of 100,000.  Their numbers are now set to rocket. 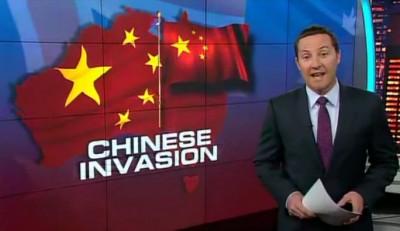 All dumb Victorian Premier Denis Napthine can say is its terrific news for Geelong and for jobs, and waffles on about being good for his government’s Food to Asia Programme.  Napthine has agreed to create the international chinese-preferenced terminal.

Labor opposition leader Daniel Andrews just agrees with any trade missions that secure jobs. “Anything that’s good for jobs in Geelong, that’s something that we should be trying to drive,” he said.

The leprechaun has just dismissed 300 trusted and experienced QANTAS airline engineers and related staff from the Avalon heavy maintenance base.  He’s offshored the lot to the chinese in Hong Kong’s HAECO organisation.

Geelong Mayor Darryn Lyons was quick to embrace the chinese deal presuming chinese will become tourists for Geelong’s economy and that China will buy products from Geelong’s producers.

Darryn read the fine print!  The chinese are not silly. Nearly 7 million chinese students graduated from China’s institutions of higher education this year, and in the face of a slowing chinese economy, many are actively emigrating. 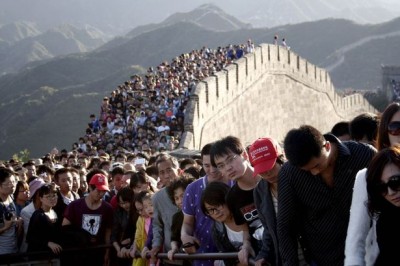