Now its the Liberals turn to favour corporate capitalism over Labor’s six years of foreign welfarism.

The pattern of Australia’s two party politics is predictably uninspiring.  Labor fritters and wastes, then the Liberals slash and burn to pay back Labor’s debt.  Voters react to the austerity by voting Labor back in and so the merry-go-round spins.  The combined cumulative recklessness by Libs and Labs alternatively at the helm is disturbingly corroding Australian national wealth.

In his budget speech, Hockey claims that reducing government debt is the key objective.  Liberal Budget ‘emergency’ demands that “all Australians must help to do the heavy lifting” and so ordinary Australians have to contribute to paying back Labor’s debt; all while the Liberal Party unilaterally pursues its own new heavy spending. 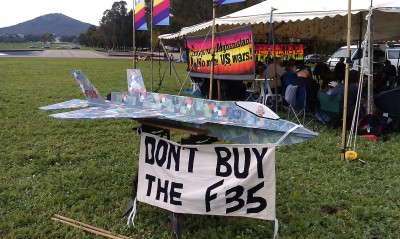 Hockey spins debt alarmism to justify increasing taxes, imposing new taxes, cutting public expenditure, robbing aged pensioners and selling public assets that are not the government’s to sell – such as Medicare, Defence Housing, ASIC and the Mint.  Some $40 billion in public asset wealth is set to be sold by the Liberals to fund infrastructure spending which they euphemistically disguise as an “Asset Recycling Initiative”.

The National Party in coalition with the Liberals, celebrated the budget’s billions flagged to be spent on highways, and a few million here and there for regional funds, band aid farm relief, and agricultural research.   But serious investment into Australian agriculture and into regional centres has been denied yet again.

Bizarrely, the Nationals leader Warren Truss was most excited in the days in the lead up to the Liberal’s budget, spruiking Abbott’s announced multi-billion dollar plan for a second airport for urban Sydney.

Labor’s reply to the budget speech by Bill Shorten was mere campaign rallying by a political party still in denial that they comprehensively lost government in 2013 because of failed policies.  50,000 illegals and counting is the legacy that Labor left.

Bill Shorten just read out some speech writer’s speech.  It was pretty obvious. Bill struggled to pronounce “hypothecation” and “proselytise“.  Of course all Labor speeches are now barred from using the word “hyperbowl“.   Bill’s speech was loaded with cliches, borrowed phrases, rhymes and “this Budget is just the beginning”, “this is a Budget of broken promises built on lies”, “where is the humanity in this Government?”, “where your wealth determines your health”, “Labor educates”, “Labor cares for all”, “Labor believes in an Australia writ large”, ya de ya de ya.

And so Bill read on about the harm of Liberal austerity, without using the word.  More so the speech was an attempt to whitewash Labor’s failed socio-economic record.  The speech just reiterated that Labor would do it all again – invite the illegals, celebrate multiculturalism , engage with the Asian Century, universal welfare, NBN, Gonski, NDIS, Carbon Tax, and probably more school halls, pink batts and stimulus cheques.

The Greens reply speech by Christine Milne seemed more on the money recognising the Liberal austerity of taxes and funding cuts as “a vindictive, hard, right, cruel and ideological agenda.”

Like Labor, the Greens are also in denial that socialist ideology costs and by ignoring economic imperatives risks driving Australia towards a socialist depression like that beset much of Europe.

The Greens are good at criticising but in coalition with Labor for the past six years, they demonstrated that they lacked the economic solutions.  They lost their way, abandoned their core local support base for foreign-aligned ideologies.  They went extreme Left, supported welfarism and global socialism.

And who loses out while these silos of ideology refuse to talk?  Ordinary Australians yet again. 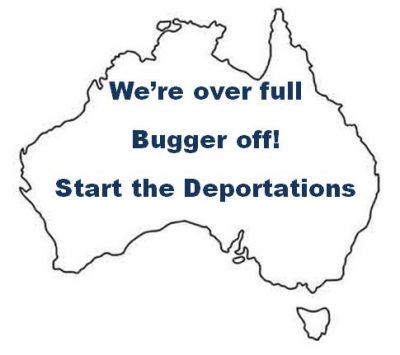 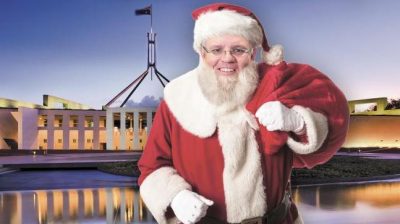