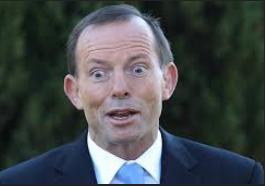 Forefathers from First World nations like Australia would be damn well rioting in the streets!  Passive Australians Wake Up!

It seems under Abbott Pure Capitalism, only under enslavement of ordinary workers that greedy multinationals can reap their massive profits, and so stimulating Abbott’s Australia, and delivering on his divine free-for-all sermon:

The following news piece appeared exclusively in The Australian newspaper (Nov 1, 2013, p.2) as if written by mining philanthropist Gina (undernourished) Rinehart, and presuming Gina is of Kazoku peerage.

“Japanese investors have taken their concerns about wages, productivity and union power in Australia to the Abbott government amid a push for reduced costs and industrial relations reform.

Government officials and one MP have also spoken out about the rising costs of resource projects in Australia, warning that cost pressures and wages had forced the abandonment of several Japanese-backed project proposals.

Industry Minister Ian Macfarlane, speaking to The Australian in Tokyo this week, confirmed that Japanese investors had flagged wage and cost issues with him, as well as concerns over frequent regulatory changes.

He conceded Australia was losing out on Japanese-backed projects because of rising costs, and said it had to boost productivity.

“There’s no doubt about it, companies (are) investing in the southern part of Africa, Mozambique obviously, but also South America and parts of Asia,” Mr Macfarlane said. 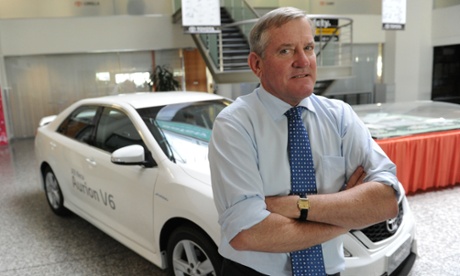 “For Australia, the costs concerning these resources projects have risen within the past two or three years,” the Japan Oil, Gas and Metals National Corporation’s Nobuyasu Nishikawa told The Australian. “I think the main contributor is the shortage not just of workers, but of semi-skilled or skilled workers.”

He gave the example of mining-truck drivers earning an “unreasonable” salary of more than $100,000 a year. “Of course this sudden rise of costs is a very negative factor for investors,” he said. “Companies that are involved in mine operations must be facing very difficult problems.”

Taku Otsuka, a Japanese government backbencher who headed a five-member delegation of Japanese MPs visiting Australia earlier this year, said companies were beginning to see wages as a barrier to investment.

“Australian labour costs are particularly high compared not just to other resources countries but to other developed countries as well,” he said.

Thailand much cheaper than you Aussies!

The head of Japanese trading house Mitsui, which has invested $12 billion in Australia over the past 10 years, recently met with Tony Abbott to discuss its massive Australian operation and plans to expand wheat exports.

But Australian managing director Yasushi Takahashi rejected suggestions that chief executive Masami IIjima had raised labour issues or costs during the meeting, saying he made no requests or criticisms at all.

However, other Japanese industrial giants are believed to have expressed concerns to the Abbott government over union power, wages and construction costs, and to want to see further industrial relations reform. Mitsubishi, Asahi and Toyota are among those that have had industrial problems at their Australian operations.

Think what healthy profits Toyota could have achieved on 457 Visas!  Cheaper to manufacture in two-bit Thailand.

Aussies, compete with this and don’t be sold on the ‘magic of innovation’ alone: 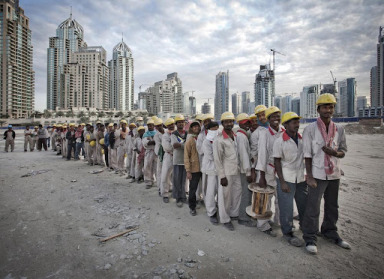 In their home country – Bangladesh or the Philippines or India – these workers are told they can earn a fortune in Dubai if they pay a large upfront fee. When they arrive, their passports are taken from them, and they are told their wages are a tenth of the rate they were promised.

They end up working in extremely dangerous conditions for years, just to pay back their initial debt. They are ringed-off in filthy tent-cities outside Dubai, where they sleep in weeping heat, next to open sewage. They have no way to go home. And if they try to strike for better conditions, they are beaten by the police.’

In Tony Abbott’s ideal Free Trade market economy everything is dumbed down for the multinational, including humanity.