Almost nightly on Sydney news is reported urban crime by immigrant ethnics – home invasions, drive-by shootings, stabbings. But Police say that those involved are known to each other and so the wider community should not be concerned.

Crap!  Get the ethnic criminals out of our country. Get new police leadership that will seriously crack down on this ethnic crime wave!

Sydney is not Beirut or Gaza! 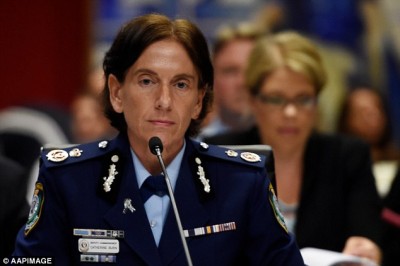 The following article is from Sydney’s The Daily Telegraph, March 27, 2012, entitled ‘Home invasions the new ‘fad” by Carlene Frost and Mark Morri:

“Home invasions have swept Sydney with crooks “storming ” into houses in the latest crime fad to hit our streets.  From Point Piper to Penrith the victims range from millionaires to housing commission tenants.  Since the beginning of the year there have been at least 24 “home invasions” made public, many of them violent. 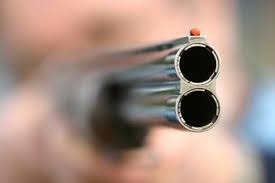 Sydney Institute of Criminology lecturer Garner Clancy said they may just be a “fad’ crime.  Improving home security systems making it harder for thieves has seen them hit when residents are home.

“In the same way car jackings increased when manufacturers made cars harder to steal the criminals evolve and adapt,” he said.  “The same with homes.”  “As other types of targets become harder there can be a displacement of crime.”

He said it was hard to gauge how serious the problem is has been no research or figures about home invasions.

“Criminals will move on to other targets if they see perceive something as high risk and low reward.”

The latest home invasion was on Monday night when brothers Stephen and Daniel Borg were tied up in their beds while three masked men ransacked their Kellyville home in Sydney’s north-west.

They made off with Stephen’s $75,000 Mitsubishi Evo sedan and two mobile phones.

“He just kept on saying don’t turn around, don’t look at me or I’ll hurt ya,” Stephen said.

“And he showed me the knife.

“I was just hoping that’s where it would end and he wasn’t going to try anything else.”

The brothers said the men, who were armed with knives, spoke to each other in accents and “gibberish’ in a bid to disguise their identities.

“I was just thinking the worst,” Daniel said.

“I had enough time to sit and think what they could do with a knife.

Both police and the bureau of crime statistics say there is no “home invasion” category and are classed as robberies from residential dwellings. Figures show burglaries and robberies from homes are dropping.

The NSW Victims of Crime Assistance League said there was a spike in people seeking support from home invasions in 2009 but claims the numbers have remained stable since then.

Vice president Howard Brown said it was often difficult for people to return to their homes after an aggravated break and enter.

He helped provide counselling for one family in Prestons, who sold up and moved after a violent home invasion last year.

“The could not live in the house anymore,” he said.

“They had no idea who is responsible; they have no idea whether they are going to come back.

According to research from NRMA Insurance, laptops are the most common items taken from homes in NSW followed by mp3 players, digital cameras and cash.

Company spokeswoman Adele Buhagiar said those items were popular with thieves because they were portable and could be grabbed in a hurry and thrown into a backpack.

“Residents can take some simple precautions such as marking their driver licence number on the back of electronic valuables, avoid leaving tell-tale packaging for big tickets items out and remember to always lock up, regardless of whether you are away for five minutes or the entire holiday period,” she said.

“Thieves only need a few minutes to break-in and steal your valuables.”

“Merrylands has become the Sydney suburb most frequently hit by drive-by shootings as the city as a whole reaches the ignominious milestone of 100 instances of gun violence this year.

Most of the 100 instances, which included drive-by shootings as well as other instances of gun crime and included three deaths, took place in south-west and western Sydney.

South-west and western Sydney were also the regions where drive-by shooting incidents were concentrated in over the last five years, according to the NSW Bureau of Crime Statistics and Research (BOCSAR).

“They’ve all been confined to three areas. The whole time they’ve been in either Canterbury-Bankstown, Fairfield-Liverpool, or Central Western Sydney,” BOCSAR director Dr Don Weatherburn said about the statistics, which were released on Thursday.

An analysis of the suburbs hit by drive-by over that five-year period showed Auburn recording the highest amount of incidents with 34.

But the figures revealed that in the last two years, there were only been two drive-by incidents in Auburn. In the past two years, Merrylands recorded 13 drive-bys. 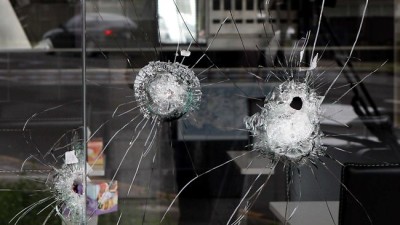 Over the five years, Greenacre recorded the third highest number of incidents with 17.

All these suburbs are ethnic – infested with Arabs, Asians, Africans.

Over the five years, there were several peaks in drive-by shootings. The biggest peak was in January 2002, where there were about 30 shootings a month, Dr Weatherburn said.

Police said in April that a complex mix of groups were behind the constant string of drive-by and targeted shootings. Some shootings stemmed from bikie turf wars, some were drug-related disputes on organised crime gangs, some were tit-for-tat matters between family members, and some were just “idiots” and copycats, police said.

In August, investigators said the arrests of major players in a Hells Angels-Nomads bikie war meant an ending of numerous tit-for-tat shootings earlier in the year.

In January, the NSW Police Minister Mike Gallacher said the NSW Crime Commission would assist police in compelling witnesses to help them. Senior police officers have expressed frustration over what they said was a lack of co-operation by some witnesses over several incidents.

Dr Weatherburn added that there was now a stable trend in the 24 months to June this year, according to BOCSAR data.

“At the moment, looking at the 24 months period to June this year, we see it as stable, bearing in mind that this is a relative term the numbers jump around from one day to the next,” he said.

“Sydney has had over fifty drive-by shootings occur since March 2011.  Since New Year’s Day there have been at least ten different incidents spread across different suburbs of Sydney.

About the drive-by-shootings in Sydney

There have been numerous articles in the media about the these drive-by shootings.  For example:

Two responses to these drive-by-shootings

Many people hold the view that it is only be a matter of time before some innocent bystander becomes a victim when guns are being fired in quiet suburban streets.  How to stop them has been the subject of much debate.

Two responses have been suggested:

“A man has died and a woman is in hospital following a reported home invasion on a house in Badgerys Creek.

Detectives and forensic investigators near the Badgery Creek property at which the man died. Source: News Corp Australia

A POPULAR Sydney truck driver and business owner brutally bashed to death in a home invasion has been described as “irreplaceable”.

Friends and family are in shock after Keith Cini and his partner Lucy were beaten up by club-wielding intruders in their Badgerys Creek home in Sydney’s west.

Police arrived early this morning to find Mr Cini, 69, dead and his partner, also in her 60s, suffering head injuries and a broken wrist.

Homicide Squad Detective Inspector Hans Rupp believes up to three offenders were involved and used clubs in the attack.

“It was a brutal attack and clearly the man was very badly assaulted and the woman was also assaulted, but she’s not in a serious condition,” he told reporters.

“I know him for 25 years, he always help me,” he told reporters outside the Cini home.

“I couldn’t talk of any better man.

“I can’t talk a bad word about him. He was like my father.”

Mr Cini operated a freight company and piggery from the same property as his single-level brick home.

One of Mr Cini’s part-time employees, who asked not to be named, said Mr Cini built his business from the ground up and transported pork to Sydney restaurants around Cabramatta and the city centre. The teary-eyed man said he was in disbelief.

“He was always helping out a lot of people,” he told AAP.

“Always willing to give you a hand … he probably trusted people too much.”

Signs of the horrific crime were evident – the front window of the Cini home was smashed and curtains were askew.

Forensic officers, a police dog and detectives searched the property and a motive for the attack is not known.

“It’s in the very early stages of investigation at this stage and we’re obtaining a statement from the woman in hospital,” Det Insp Rupp said.

“We’ve canvassed the street and we’re looking at CCTV footage from the surrounding service stations.”

A coroner’s van arrived at the property at noon and Mr Cini’s body was taken from the home.