Julia Gillard before politics, had left her job as a partner with law firm Slater & Gordon as a direct result of a secret internal probe in 1995 into controversial work she had done for her then boyfriend, a union boss accused of corruption.

The 2014 royal commission into union corruption, found that Gillard had had a lapse in “professional judgment” and a conflict of interest when she helped her former boyfriend, Bruce Wilson, establish an Australian Workers Union slush fund.

There were no background checks done on Gillard. 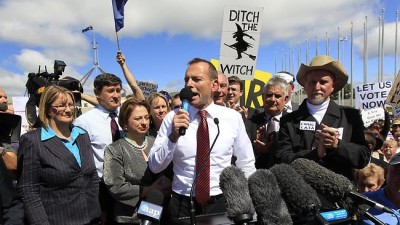 There were no background checks done on Rudd.  Now with the ‘Delusion of Rudd’ era over, Gillard is clearly winning the legacy wars over Kevin Rudd.  According to The Daily Telegraph, judging by the standing ovation she received at the Whitlam memorial November 5, 2014, she is a lot more popular with Labor’s True Believers that her predecessor/successor Rudd.

He copped a smattering of desultory handclaps, and looked a bit like a whipped dog by the time he took his seat, even before Gillard meanly refused to sit next to him. 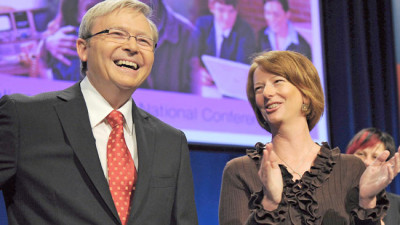 Delusion of Rudd, Act I

The Richter scale of applause from the partisan crowd for the four living ex-Labor prime ministers was almost in inverse proportion to their popularity at the polling booth.  Gillard, who never won an election in her own right, as was rejected by her own party in the end, was most popular.

Even in her memoirs she refused to accept blame for her failures, nor for robbing Rudd of the leadership.  Instead she plays the victim card, blaming sexism and misogyny for her troubles. 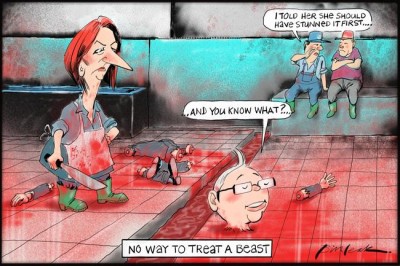 But it clearly worked a treat in Labor’s deluded Whitlamite heartland. Coming a close second in the applause meter was Paul Keating, another ambitious and divisive leader who was voted out in such a landslide that Labor was in the wilderness for the next 11 years.  Egotist, Bob Hawke ranked third – or second last.

What all this proves is that the Whitlamite rump might be vocal, but their ideas and destructive ambitions are poison for Labor, just as their hero was.  Follow them and Labor guarantees its own irrelevance. 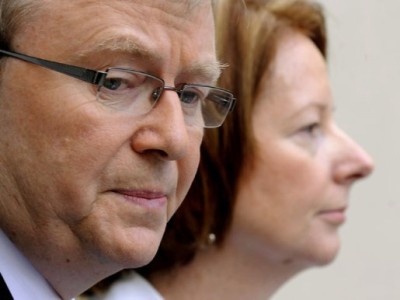 Post politics, with their mutual gift for unchecked moral constraint, Rudd-Gillard could each find relevance joining Graham Richardson lobbying for developers.  Their legacy will never find redemption.  It will be perpetually intertwined, no matter how many memoirs or biographies may be writ.

PROVOCATEUR GROUPS IN THE PRO-WHITE MOVEMENT