American gun manufacturer Spikes Tactical in Florida has launched its ‘AR-15’ militia rifle for infidels which comes with a Bible verse and Knight’s Templar Cross etching. 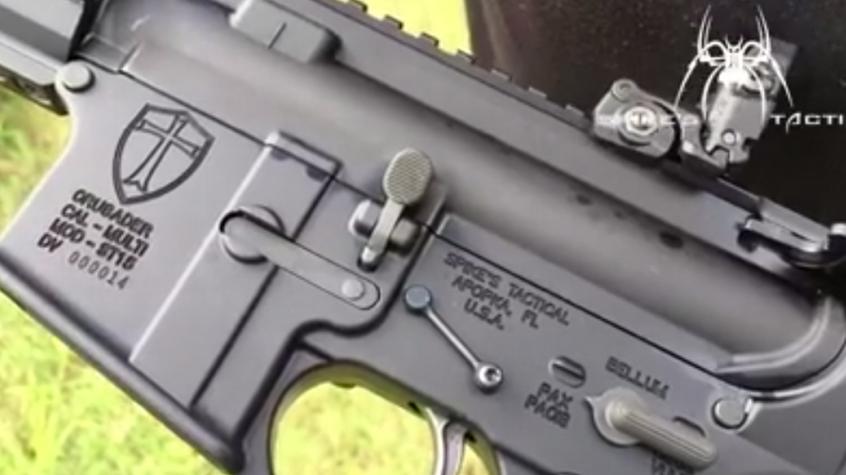 Dubbed ‘The Crusader‘, Spikes Tactical claims it is an “ISIS-proof” assault rifle that has raised the ire of Muslim groups.

Designed so Islamic State militants “could not touch it,” the AR-15, made by Spikes Tactical in Apopka, FL is inscribed with the Biblical verse, “Blessed be the Lord my Rock, who trains my hands for war, my fingers for battle” (Psalms 144:1). 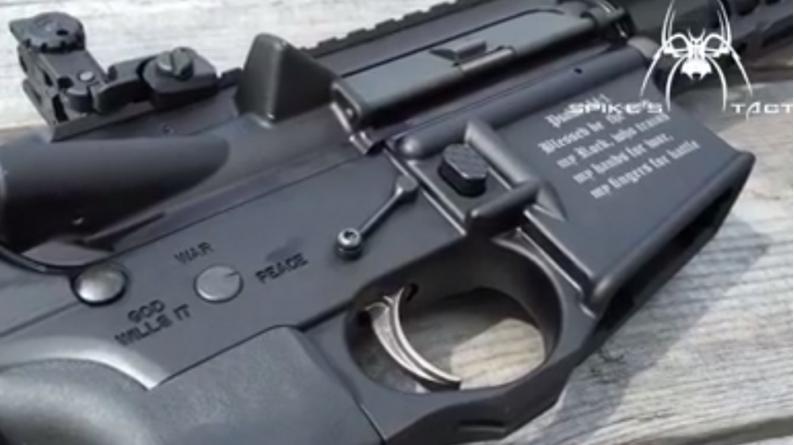 It is also etched with a Knight’s Templar Long Cross – a Christian Crusader symbol.

The rifle’s safety selector has three settings: ‘Peace, War, and God Wills it.’

“Off the cuff I said I’d like to have a gun that if a Muslim terrorist picked it up a bolt of lightning would hit and knock him dead,” Ben “Mookie” Thomas, the company’s spokesperson and a former Navy SEAL, told the Orlando Sentinel.

According to Thomas, he came up with the idea after finding out that Islamic State militants were using American made arms which were previously in Iraqi army hands.

Apparently, each AR-15 production rifle has been bathed in pig’s blood and blessed by pagan witches to be sure.

In Australia, deporting all Muslims back to where they came from would do more for Australian security.  Keep your firearms permit and stay legal. 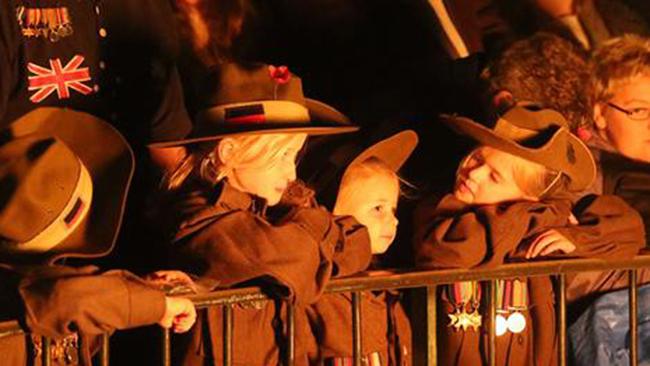 Never take our soil for granted!