Anything from the Middle East is suspicious. 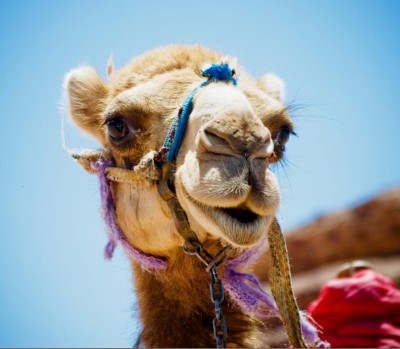 The World Health Organization (WHO) has identified a new ‘Middle East Respiratory Syndrome‘ (MERS) since 23 September 2012 in Islamic Saudi Arabia, yet Arabs have been allowed unfettered into Australia under Rudd-Gillard-Abbott.

Typical of Islamic barbaric cultures, it’s likely MERS originated like AIDS, from an animal source.  Eating halal could be a factor. MERS-CoV has been found in camels in several countries. It is possible that some people became infected after contact with camels, especially camel herders, although more information is needed to figure out the possible role that camels and other animals may play in the transmission of MERS-CoV. 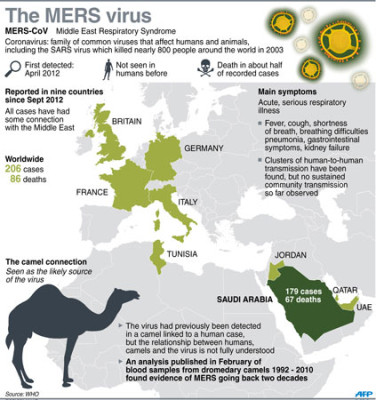 Somehow distant South Koreans have got up close and personal with arab camels.  They have contracted MERS symptoms and so have been advised to contact authorities and not attend hospitals.  South Korea has announced it will set up designated clinics in all major cities to treat Middle East Respiratory Syndrome (MERS), as President Park Geun-hye postponed a planned trip to the US amid growing public alarm over the outbreak.

As the death toll rose to nine and the number of confirmed cases of MERS rose to 108 on Wednesday, Al Jazeera’s Harry Fawcett, reporting from Seoul, said a deputy prime minister told people with MERS symptoms to not present themselves at hospital.

As the country reviewed its response to the outbreak as part of a joint mission with the World Health Organization, its health ministry also urged the government to reopen schools.  Nearly 2,500 schools have been closed over fear of a MERS outbreak.

“Strong consideration should be given to reopening schools, as schools have not been linked to transmission of (the MERS virus) in the Republic of Korea or elsewhere,” the mission said.

The two latest victims, a 62-year-old man with cirrhosis of the liver and liver cancer, and a 75-year-old woman with multiple myeloma, both followed a pattern with MERS victims, in that they had pre-existing medical conditions.

The number of people who were exposed to patients and have been placed under quarantine had risen to 3,500, authorities also announced on Wednesday.   The moves came as Taiwan joined Hong Kong and Macau in issuing alerts against travel to South Korea. 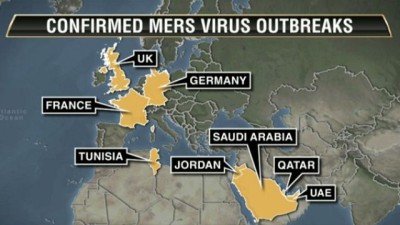 Ban all Asian arrivals into Australia!