‘A Blow That’s Still Being Felt Today‘ is how Sydney’s Sunday Telegraph today runs its story on a double page spread about the 2005 Cronulla Uprising ten years on. The newspaper still blames the beachside locals for all the violence, while ignoring the Lebanese gangs who incited it and who tried to escalate it.

Has the mainstream media learnt anything?  Once again, The Daily Telegraph publishes images of Aussies bashing Lebs.  No images show the other way around.  The paper is biased. It is divisive anti-Australian journalism at its worst.  Once again, the scale of the truth that took place at Cronulla, Maroubra and the roads from Lakemba has been hushed up.  No mention is made of the organized Leb militia, The Lions of Lebanon or the Rebels Leb-aligned bikie gangs armed to the teeth that were heading to cause mass murder at Cronulla, but were thwarted by hundreds of NSW Police.

Australian beachside locals of Cronulla, Brighton, Bondi and Maroubra must have had a gutful of all the media lies, PC propaganda and pandering to multicultist politicians.

So why do Sydneysiders keep buying the pro-Liberal Party Telegraph when its writes such lies and anti-Australian propaganda about them?

But then The Daily Telegraph is owned by Murdock’s News Ltd which is a mouthpiece for the Liberal Party.   The Liberal Party has members as local councillors controlling the Sutherland Shire – nine Liberals out of a council of 15 councillors.  Yep, Cronulla’s a Liberal safe seat, and the Libs are all for multiculturalism.  Serious high rises are coming to The Shire and they will be filled with multicultural types.

And who has written the biased story?  Yoni Bashan, ex Australian Jewish News journalist and a friend of the Liberal Party. 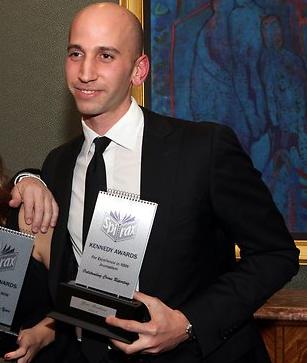 He seems to have spent some time in the middle east fighting for a foreign power, Israel. 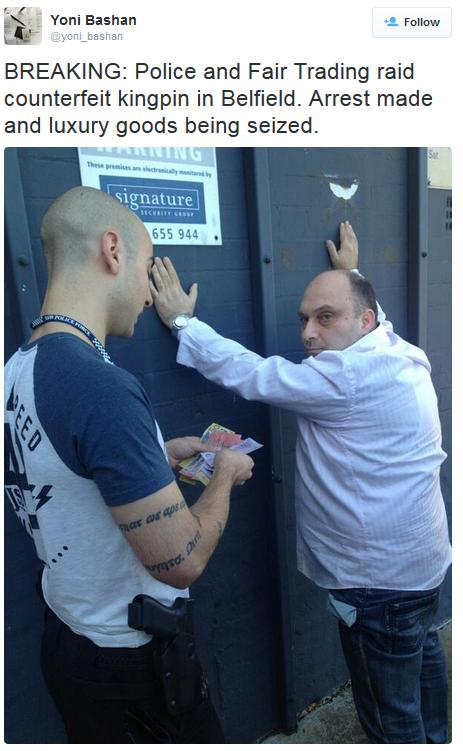 Hasn’t Australia just passed a law against Syrians doing this?

The article reproduced below, without all the images of Cronulla locals:

“This disturbing photograph of Brent Lohman punching a cowering man during the 2005 Cronulla race riots catapulted the rioter to infamy, making him the face of a community’s frustrations and prejudices.

Looking back, Lohman believes the photograph made him a ¬scapegoat. “The world needs someone to blame,” he said. “That’s just human nature.”
Ten years on, the riots and preceding events remain fresh in the minds of participants and many ¬others who bore witness to it.

It began with a fracas between Middle Eastern men and a group of lifesavers. Coverage of the event framed the incident as an assault on Australian values and way of life. A week later, protesters with barbecues and slabs of beer held a protest.

By the afternoon a full-scale riot involving hundreds of people had unfolded. A number of dark-skinned people were attacked, including ¬people who were not from the Middle East. The next day NSW Premier Morris Iemma said the incident was racist.

For his part, Lohman received a six month minimum prison term that was suspended on appeal.

His defence included an argument that, at the time of the photograph, he was trying to shield the victim on the train from further violence.

Today he lives far away from Cronulla and, while the riots are 10 years in the past, the angry young man at the centre of that infamous photograph holds firmly entrenched views on race.

His Facebook page features some anti-Islam photographs, ¬including one of a burning Koran. In a section titled “About Brent” he wrote: “F … off were (sic) full!!!”, a reference to the jingoistic refrain against immigration policies.

Lohman declined to be interviewed for this article, but made a number of statements to The Sunday Telegraph in messages exchanged via Facebook.

Among them, he said that Australia had moved on since the riots without heeding the messages of that day.

He pointed to recent international terrorism events and said there was a “bigger problem” in relation to Islam that hadn’t been ¬acknowledged.

“Theres no need to stirr (sic) the pot with what I really have to say,” he said.

A walk around Cronulla revealed people can see parallels between the tensions that led to the Cronulla riots and the current conversation around Islamic terrorism.

Australian-born Muslim Sadek Stallone, 22, said the riots ended up “opening minds” and brought about better relations between the Australian and Middle Eastern community.

More recently however, those tensions appear to have flared up.

“The riots happened and then it [the tensions] died down,” Mr Sadek, a frequent visitor to Cronulla said.

“Since the Sydney siege it brought it all back up again.”

In Cronulla, most people recall the events of the day with a sigh and a shake of the head. Harsh lessons were learnt, Lee Howell, a former youth development director at the North Cronulla Surf Club, said.

He remembers the bottle shops were having a field day, selling ¬alcohol by the carton to the revved-up locals.

“It was an ugly thing, an embarrassing thing,” Mr Howell said.

“I still feel it’s a blight on Australian society and I think a lot of people feel that way.”

Unfortunately, he said, there are still some people in the area who believe the riots were a good thing, adding, thankfully they remain in the minority.

“If anyone tried to whip up people around here I doubt it would have any proper momentum.”

In the months that followed the riots, the NSW Police Force was criticised over its handling of its ¬response to the violence.

The Force overhauled its response to major incidents and set up the Public Order and Riot Squad.

Several inquiries were also formed, including Strike Force Neil, which canvassed the police response to the riots, and Strike Force Enogerra, which covered the criminal investigation.

Cronulla local Kristin Freeland was a surf lifesaver at the time.

“My surf lifesaving captain was one of the people attacked, when he was putting the bins out,” the 23-year-old said. “ It was very scary.”

Kristin Freeland was a surf lifesaver at the time of the Cronulla riots 10 years ago. Ms Freeland said there is still a lot of stigma against Cronulla .

“The attacks happened, yes, but it is still a beautiful place,” she said.

Lawrence and Sonia Shaw with their 11-month-old son Toby says the violence 10 years ago was wrong. Enjoying Cronulla’s beach with his wife and son, Lawrence Shaw said while the violence was wrong, he agreed with the principle of peaceful protest.

“I’m a very Australian person and I would’ve been here to voice my opinion if I could,” the 34-year-old said.

Retired police assistant commissioner Ken McKay, whose team in Strike Force Enogerra investigated about 5500 criminal incidents from the riots and its follow-up revenge violence, said most of the people from that era had grown up but “all the ingredients are there now for it to happen again”.

“These sort of widespread acts of violence had never been seen in Australia where you had large groups of people hitting a greater part of the metropolitan area, hellbent on revenge,” he said.”