“Europe runs the risk of turning black from illegal immigration, it could turn into Africa. We need support from the European Union to stop this army trying to get across from Libya, which is their entry point. At the moment there is a dangerous level of immigration from Africa into Europe and we don’t know what will happen. 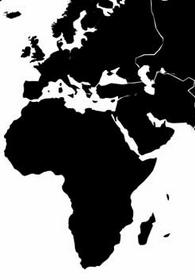 What will be the reaction of the white Christian Europeans to this mass of hungry, uneducated Africans? We don’t know if Europe will remain an advanced and cohesive continent or if it will be destroyed by this barbarian invasion. We have to imagine that this could happen but before it does we need to work together.”

– Colonel Gaddafi, 2010. (He was murdered in 2011 by Islamist terrorists who were supported by France and the USA.)