BS’s Whatever The Greens-Unions Want Plan: 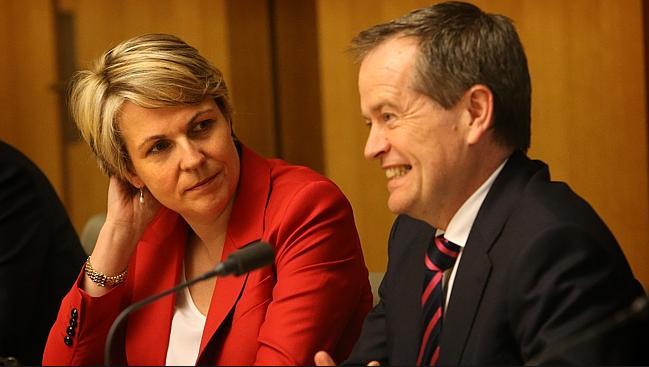 So BS has forwarded another Greens-union edict to Scomo backing his commitment to Rudd’s hackneyed “Big Australia”.  BS reckons the matter is “above politics”.  He wants Libs and the Labs to go bipartisan again and ramp up Australia’s unarmed invasion by foreigners.  “Let’s go hell for leather, da full immigration ponzi !”

But the Liberals and Labor are already in ideological coalition. They are indistinguishably ‘Laboral’.  The Labor Party is simply recognising that the state power desires a bigger Australia because it makes economic growth look good – that it’s not a question up for debate and that two main state parties have to ensure that legislatively.  So the invasion programme (pogrom) gets a happy ride.

BS also warns against those who wish to use the population issue to sow “division” as he calls it – which means they could build opposition at the community level to the ethnic cleansing of the country’s European identity.  Indeed, the Labor Party is well aware that there is considerable opposition to a bigger Australia and any opposition could ultimately take a nationalist direction.

In calling for a ‘bipartisan approach’, Shorten is demonstrating to all that the major parties are not ‘different’, but simply two faces of the same globalising system. 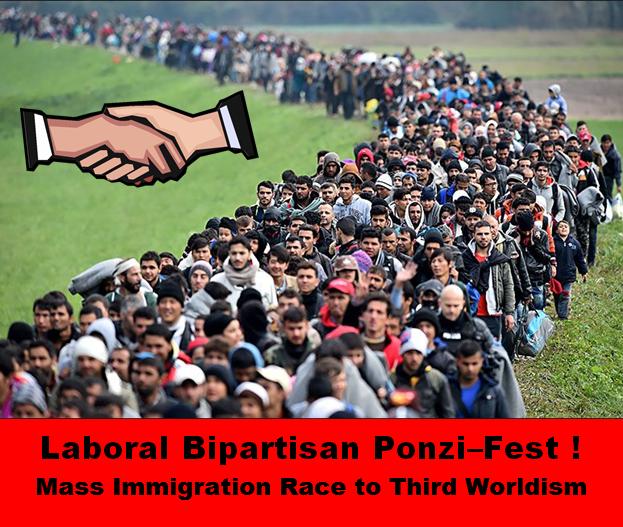 BS to Scomo: ‘Let’s unite on an Immigration Progrom…so long as they’re Non-White’

BS reckons Laborals can jointly set annual immigration rates (no upper limit) no matter which of them is running Canberra.  Labor’s BS to Scomo letter insists on a joint-party ‘population blueprint‘ for future immigration rates (higher ones) and pretends to care about infrastructure shortfalls and Australian quality-of-life concerns under Rudd’s Bigger Australia.

BS has rubber stamped a Greens-Unions manifesto for a new ‘settlement policy‘ to redistribute population (breeding migrants) away from the congested capitals of Sydney and Melbourne.  “We’ll use ankle bracelets to go off if they get within 100km of the city limits.  We’ll set up another wasteful taskforce to develop a new settlement pogrom.”    Things like infrastructure, delivery of health and education welfare can come later, all while pretending to scrutinise the issuing of temporary work visas.  BS calls it a multifaceted approach.

What community concerns?  What urban congestion?  What declining quality of life?  What Aussie voters?  What plebiscite?

BS reckons “Population policy runs the risk of being politicised by those seeking to divide Australia”.  So let’s double or nothing – 50 mill by next year!   Third World India eat your heart out! 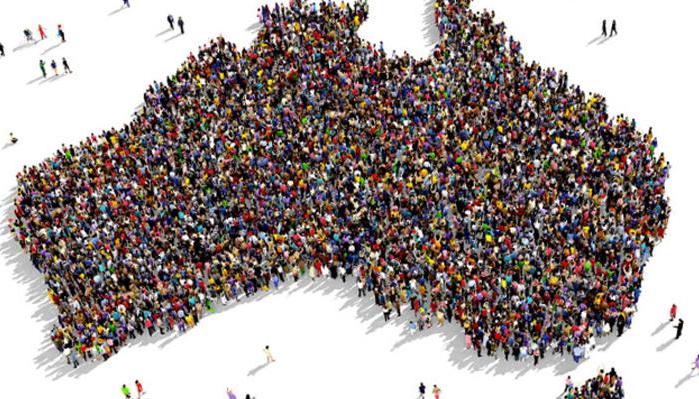 Typicaly, 90 per cent of migrants to Australia go all ‘birds-of-a-feather’ and flocked together to Sydney and Melbourne with their compatriots in respective ethnic urban ghettos.   In this way, they don’t have to learn Engrish, can scam cash-in-hand work to avoid tax, pile in a village to shared housing and get ethno-favours. 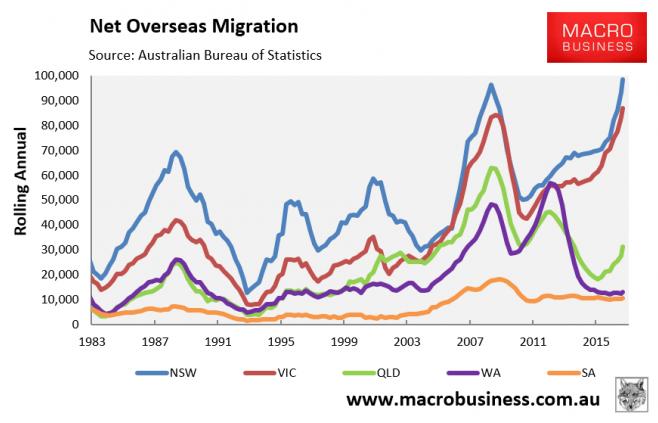 The Liberals Alan Tudge, Munster for Bigger Cities has come out in support of the BS.   He imagines set conditions for incoming hordes of skilled migrants to ensure settlement in regional areas or cities other than Melbourne and Sydney for a minimum five years.  Alan’s Ankle Bracelet Solution will stop them!   Thereafter it’s ghetto business as usual. 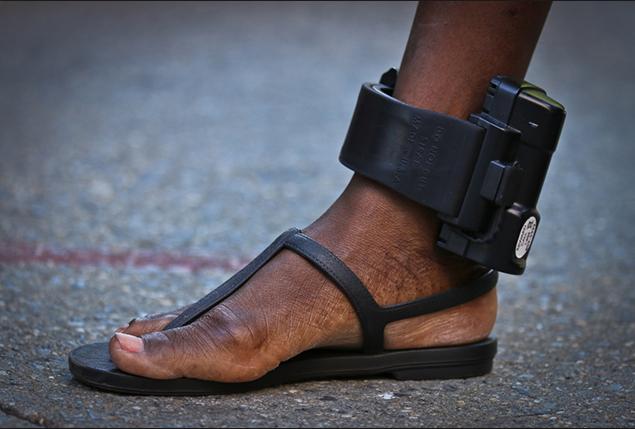 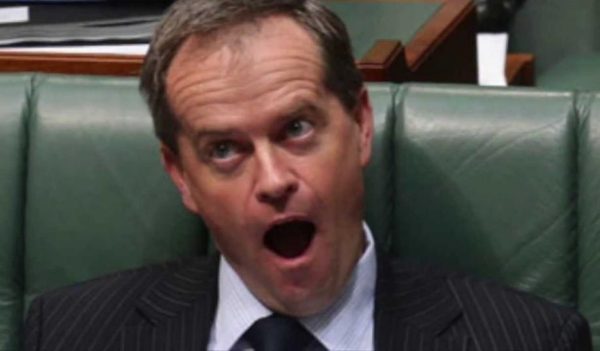 David:  “Come into my web said the spider to the fly”

Keith:  “Current immigration rates are nothing more than a giant Ponzi scheme!  Let the voters have a say!”

Steve:  “If this is all part of Shorten’s plan to appear like he’s in control of the Government and the political agenda then I’m not buying it. It’s a shrewd calculated move on his part I’ll give him that much but he’s a snake oil salesman who’ll sell Australia to the Unions and tax the poor people of Nottingham like King John the first chance he gets. He ain’t no Robin Hood that’s for sure.”

Ed:  “Never mind a joint party population blueprint. What about joint party policies on energy, education and the economy? The public is fed up to the back teeth with party politics as usual. Start governing for the country, instead of over the country.”

Tim:  “If you ever needed proof that Shorten was afraid of Scomo, then this is it!”

Rodger C:  “It’s too late. Our quality of life, particularly in the matter of transport, has already deteriorated. We’ve tried to do population increase on the cheap and spoiled what we had.”

Maree:  “Haha, Bill the bipartisan. I don’t think so. This is just another slide in “whatever it takes.”

James:  “On other words the ALP’s internal focus groups tell them that immigration is an issue. Give him nothing.”

Paul:  “Mr Shorten says ‘it is now an issue too important to be hijacked by The politics of Division’, Bill Shorten invented the politics of division.”

Greg:  “Another cheap stunt by Shorten. The Australian public very well knows Shorten and Labor party are supporters of a big Australia, cram as many migrants as you can in big city suburbs policies because Labor depends on ethnic vote banks.   Morrison should aware of this cheap publicity stunt.”

Australia’s only registered political party with a Zero Immigration Policy