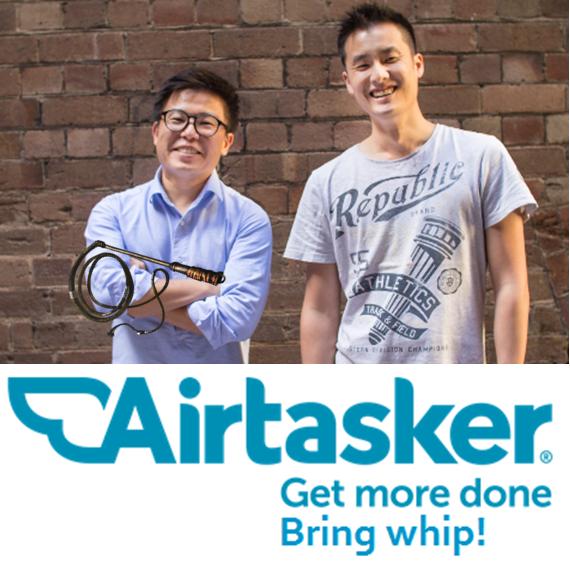 These two Third World smart arses from China are examples of the corrosive subhuman culture Australia does not need nor deserve.

Squatting in the Chinese invasion beachhead known as ‘Chinatown’, Fung helped Lui move flat and got a bowl of wontons for his effort.  So over Yum Cha they hatched the plan to scam complete strangers for pittance instead, especially desperate Aussies, then go grobal!

So with wealth family connections to the Chinese Communist Party, daddy’s yuan set them up with a fancy website to go rorting.

“What agreement, what unions, what minimum wage, what workplace safety, what workers comp insurance, what super?  It’s cash onry ruzer!”

Since then more than 800,000 desperate job seekers have been underpaid and duped.  How many have had workplace accidents only to learn that it was not a workplace and no compo?  It may as well not be happening in Australia because it ignores all Australian workplace laws that have been fought hard for by generations against unfair treatment since Eureka Stockade of 1854.

But it is happening, and the Australian Government in Canberra is again turning a negligent blind eye.

Fung and Lui have made 15% on every transaction and creamed $32 million. Lui has since done a runner – his background has caught up with him – running Láodòng Gǎizào labour camp outside Beijing.

“I’ve always been a family oriented person because I am Chinese. Managing operations at the business has made me a proud communist millionaire, so I’m skedaddling off to my penthouse in Singapore before the Tax Office and Fair Work work things out.  I am super excited and confident that the team will continue to push the envelope.  Sol trujillo is my mentor. Tough titties Aussies.”

“As for myself, I have not yet decided on what my next career move will be. But I am sure I can find someone else to rort and go grobal in process.  Cheers, Jono”