This has been approved despite more than 1,000 objections from the public to this development and rushed through before the administrator’s departure. Will you press for this decision to be reversed and decided by a representative and elected council?

The Light Rail is planned to go through the North Parramatta Heritage Precinct which will prevent the Female Factory; the Gaol, the Sandstone Perimeter Walls, the Asylum & Administration Buildings plus other heritage buildings there getting National and International Heritage listing. 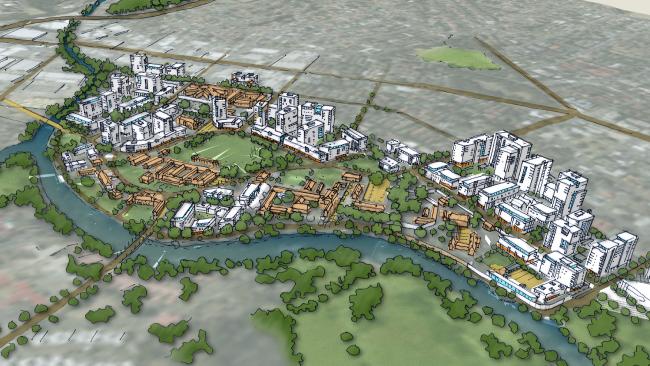 An artist’s impression of the North Parramatta development.

This is in breach of Article 8 of the Burra Charter regarding heritage settings. New construction, demolition, intrusions or other changes which would adversely affect the setting or relationships are not appropriate.  Article 8 Reads: 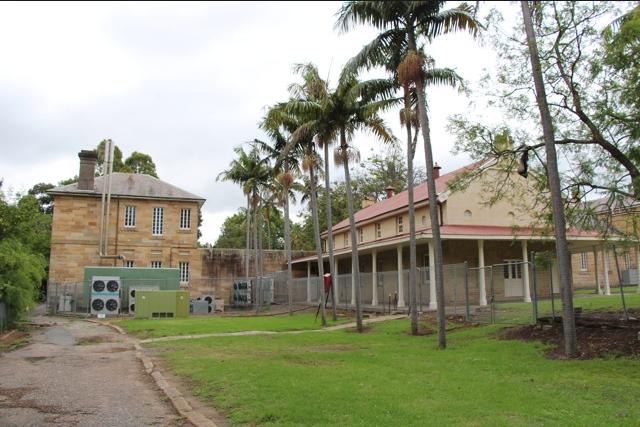 Back in 2014, when this massive over-development was announced by then Premier Mike Baird, The National Trust of Australia questioned the State Government’s commitment to the history of the North Parramatta.

No, the Liberals are committed to mass immigration, endless growth, high-rise and polly secret commissions from their greedy developer mates.

Initially, some 6000 high-rise apartments were earmarked for the area’s heritage precinct as some phony ‘state-significant development‘.  That’s just polly speak for corrupt bribing process to avert the law and public trust. 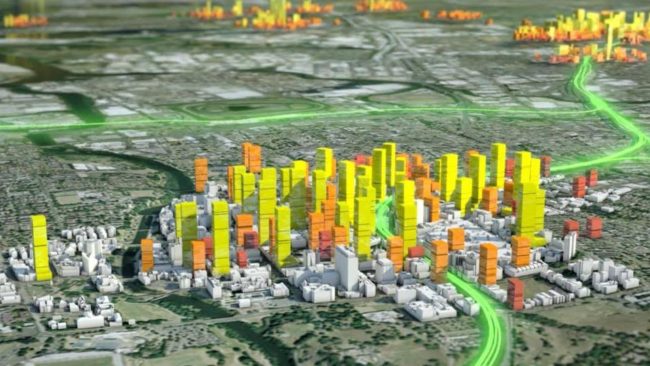 National Trust acting chief executive Graham Quint had said he found it “very strange” that Premier Baird failed to mention the precinct’s World Heritage-listed sites during his announcement.  Both the Trust and local historian Terry Smith remain keen to see what protections will be put in place in the precinct.

Mr Smith said he worried that once developers moved in, the high-rise apartments would be quickly built while the heritage buildings remained fallow.  “I am concerned that the eagerness to make money out of the site will outweigh the eagerness to protect and preserve the buildings,” he said.

But like Premier Baird before her, Berejiklian calls this urban grown and “renewal”.  It’s the heritage hateful 1960s all over, like when the Libs tried to demolish The Rocks.

The proposal should be simply be scrapped. 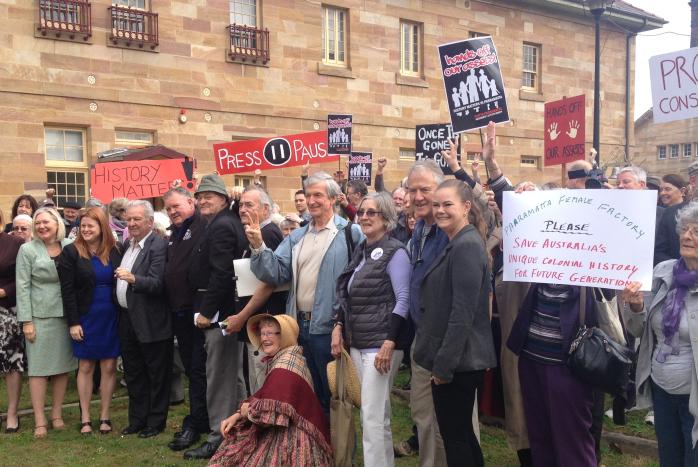 Mr Smith said a change or government could be enough to place the buildings at risk. “I have seen three heritage plans put forward over many years and all of them have come to nothing,” he said.  “You have a change of government or a change of bureaucrat and the priorities can change.

“I am afraid the process will break down and the historic buildings will be left to deteriorate further.”   He called for the old Female Factory site to be isolated from the rest of the development.  “I do not understand why it cannot be funded by the public purse,” he said.

“It is one of the most significant national historic sites and you have other samples like Hyde Park Barracks and War Memorials being publicly funded.”

He said the factory deserved World Heritage listing as “it is one of the best examples of convict era architecture. It is a site as significant as Port Arthur in Tasmania where tourists flock, so why would we hand it to developers?”

The Australia Convicts Sites tell the story of the largest forced migration the world has ever seen, and the development of punishment and reform of criminals during the Age of Enlightenment and the modern era.

Australians should support the people fighting to expose the threat to the valuable tourist area from over development the site of glass towers which will surround the site, washing hanging on balconies, children running through this area unchecked seems a recipe for disaster. What should have happened in the community consultation was a plan for the convict buildings first, then a plan for development. Now that the NSW Government has declared it a State significant site, the option that they have put forward will go ahead, just like the Windsor Bridge development.

The Australian community has a right to safeguard its cultural heritage.  Developers bugger off!

We have to leave these historic buildings for our descendants so they can keep the Australian story alive not just in books but in 3D as well. Our children and grandchildren may well not know our history if all our famous old buildings are torn down in the name of progress. 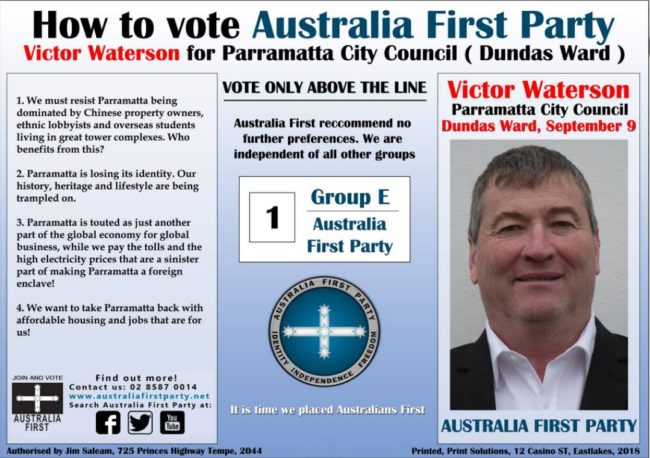