Skip to content
The following article appeared in today’s Daily Telegraph by Ross Fitzgerald, Emeritus Professor of History and Politics at Griffith University, Queensland. It is an apt account and harbinger of Gillard’s deserved demise. We felt the last paragraph was Fairfax editoral apology, so we replaced it with an appropriate parting image of Gilard’s legacy.

Recently Julia Gillard mused that she wanted to be able to say in years to come that she did things “that twenty, thirty years later are making a difference to Australia for the better.”

She does not have the luxury of time.

Even after her relatively short term as prime minister, her political legacy is set in stone.

Given that the full fallout from her disastrous term as Prime Minister will not be felt for many years, her legacy is already one of wasted opportunities, flawed judgment, poor policy implementation and ugly and divisive politicking.

Worse still is that her government’s handling of our nation’s finances will adversely impact on future generations in the form of higher taxes and reduced services.

The scale of Labor’s waste and mismanagement is staggering even by previous Labor benchmarks.

When the Howard Government came to power in 1996 it inherited a $96 billion Federal Government debt from the Keating Labor Government.

The Coalition immediately set about paying back that debt.

Treasurer Peter Costello was able to demonstrate the urgency of that task by pointing to the burden that would be placed on the shoulders of future generations if that debt were not repaid.

The 2002 Intergenerational Report for example forecast steadily increasing pressure on the Federal Government Budget, primarily for the aged pension, healthcare and aged care.

The report anticipated Budget surpluses until 2016, with deficits increasing year on year until at least 2040.

Five years on and the 2007 Intergenerational Report was able to assume Budget surpluses until 2024 but the report warned that, “Accumulating debt is not a sustainable long-term solution, particularly in situations where budget deficits are expected to continue for a period of time, since at some point the debt needs to be repaid.”

The Howard Government finally repaid Labor’s debt in 2006 but had also been saving tens of billions in the Future Fund to ensure future generations did not have to pay increased taxes to meet the superannuation entitlements of Federal police, Defence personnel and public servants.

Billions of dollars more were also saved in a Higher Education Endowment Fund to meet future infrastructure needs of our universities.

After years of discipline and successive budget surpluses, the incoming Rudd Labor Government had little choice in 2007 but to mimic the Howard/ Costello performance and promise to be responsible with government finances. Rudd infamously claimed to be a ‘fiscal conservative’ committed to budget surpluses.

It is now evident that the Rudd Government panicked in its overreaction to the 2008 Global Financial Crisis.

While it quickly provided a responsible level of economic stimulus, which was supported by the Coalition, his Government should have waited to assess the impact of that stimulus before embarking on more government spending.

That course would have also given the Government the necessary breathing space to assess the impact of China’s response to the crisis, which included massive infrastructure programs that sustained demand for Australia’s key resource exports of iron ore and coal.

However the Rudd Government came up with another massive stimulus program of more than $40 billion dollars that included the notorious pink batts and school hall programs.

These measures and the continuing wasteful spending of the Gillard Government have resulted in the four largest Budget deficits in Australia’s history.

From zero government debt in 2007 to gross debt today at more than $260 billion, this represents the largest and fastest descent into debt ever seen in Australia.

This would be a problem at any time but it is far more serious now because the ability to repay that debt will become progressively harder in coming years due to the impact of our population aging.

Governments take on debt on our behalf and we have to repay it through taxes.

The Keating debt of $96 billion took 10 years to repay during a once-in-a-generation mining boom, so it must be assumed it will take decades longer to repay Labor’s debt.

The 2010 Intergenerational Report forecast that Budget surpluses would return in 2012/13 and continue until 2030.

On the face of it this would make it possible to begin the long task of repaying Labor’s debt.

That is all well and good, except that this Gillard Government remains on a debt and spending binge and shows little sign of stopping.

It has failed spectacularly to meet its promise of a surplus this year.

After Prime Minister Gillard’s repeated solemn guarantees that the budget would be in surplus in 2012/13, only a fool would take her word again on promises of a future surplus.

The situation will be compounded by Gillard’s commitment to huge spending increases, with billions committed to a National Disability Insurance Scheme and additional schools funding. The lack of a credible Budget policy is not her only long-term problem.

Her legacy will also be defined by her ruthless approach to politics. 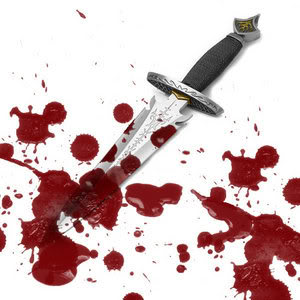 In an episode of the ABC’s ‘Australian Story’ in 2006, Gillard cited ‘loyalty’ as a trait she most admired. Yet loyalty to her leader was nowhere to be found in June 2010 when she was scheming to remove Kevin Rudd as Prime Minister.

After months of publicly professing her absolute loyalty and ridiculing any possibility of a leadership challenge, it transpired that her staff were already drafting her acceptance speech days before the showdown with Rudd.

After the 2010 election, during her negotiations with the Independents and Greens that delivered a hung parliament, she showed just how far she would go to cling to power. In her desperation to form government Gillard signed written agreements with both the Greens and Tasmanian Independent Andrew Wilkie.

It mattered not that her agreement with the Greens included requirements that were in direct breach of Labor’s election promises to the Australian people.

Just months later she announced the introduction of a carbon tax, despite promising on the eve of the election, without qualification that ‘there will be no carbon tax under a government I lead’.

Likewise her formal written agreement with Wilkie required the Government to introduce restrictions on poker machine use.

Faced with a revolt from within the Labor caucus over this proposal, Gillard then hatched another plot to protect her numbers in the Parliament.

This scheme involved the removal of respected Speaker Harry Jenkins and installing then Coalition backbencher Peter Slipper in that role.

This enabled Gillard to break her written contract with Wilkie, which she did immediately.

It is hard to think of a more ruthless political play – considering that the Wilkie agreement was a foundation stone of her ability to form government in 2010.

Indeed it became evident that Gillard was prepared to break any promise, regardless of its significance, if it enabled her to remain as PM.

Gillard’s legacy will also have a lasting impact on Labor Party culture. Disloyalty to leaders is not new. However, the co-ordinated assault unleashed by the Prime Minister’s office in February 2012 on Rudd’s character was unprecedented. It represented a new low in Labor politics that should shame all those Cabinet Ministers and others who were prepared to go along with the vindictive attack on Rudd, which utterly trashed his reputation

Gillard was motivated by a desire to not only crush Rudd’s short-term leadership ambitions but also to render him unelectable should any future leadership opportunity arise.

This assault was calculated to provide the Coalition with enough material from ‘reputable’ sources within Labor, namely his former Ministerial colleagues, which could be used against Rudd in any election campaign where he might otherwise have played a leadership role.

While Rudd was well aware of Gillard’s ruthlessness, he was clearly unprepared for the ferocity of the attacks on his character.

As Rudd struggled to gain the level of support he had hoped would eventuate in the leadership challenge, Gillard was emboldened by the success of her tactic of using personal abuse against any who oppose her.

She has attempted to exploit class wars by attacking mining entrepreneurs and other leading business people, despite the dangers such an approach poses to the economy as a whole.

For a head of government to send a message to international investors that they were not welcome in Australia demonstrated that the national interest takes a back seat when it comes to Gillard’s personal interest.

Far from being a triumph of contemporary feminist thought, Gillard’s ‘misogyny’ speech was yet another attempt to divide the nation, this time over a confected gender war.

The Coalition hit back with scrutiny of her role as a lawyer in establishing a slush fund that was used in a massive fraud against the Australian Workers’ Union.

It is beyond time for the national political debate to rise above the ugly personal politics that has marred the federal scene.

The focus in 2013 must be on responsible economic management and sensible policies that address the challenges Australia faces.

Gillard has shown little capacity for either raising the tone of political debate or of promoting good public policy.

All three demonstrated sound policy judgement when senior Ministers in the Howard Government and clearly have the capacity to engage with the Australian public.

The biggest challenge that the Coalition faces in 2013 is how to deal with the impact of Gillard’s legacy.

If the polls continue to show a likely Coalition victory, we can expect Gillard to become increasingly reckless, with promises of increased government largesse, rather than any attempt at fiscal restraint.

Likewise we can expect her to exploit any fault lines within the community to continue the divisive tactic of pitting Australians against one another. 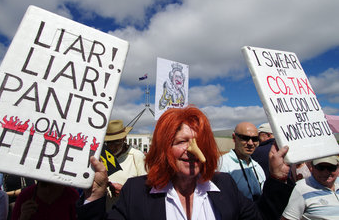